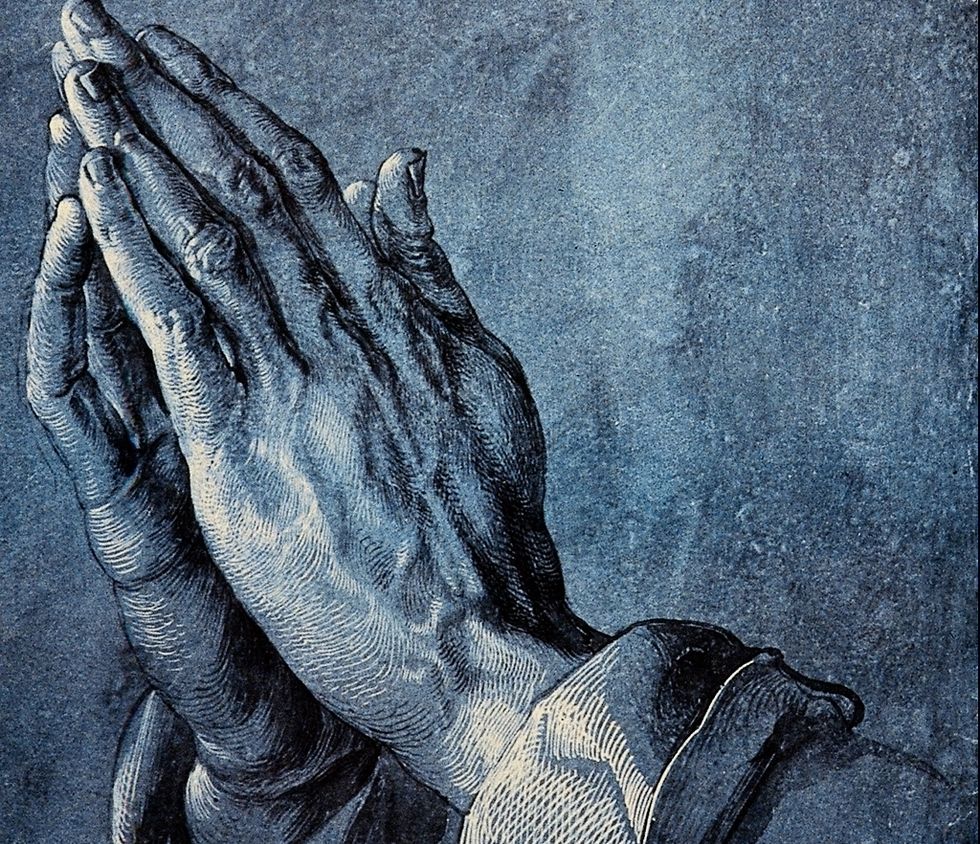 There's hope for you, white guys.

Since America is no longer great, according to certain dimwitted candidates for president, we are sharing ideas to Make America Great Again. Read more entries in the series here.

Look, Jesus isn't going to turn your kids not-gay. Sorry, but nothing can change that. The moment you let them watch Sesame Street, their gay fates were sealed forever.

But does that mean we should give up on the idea of reparative therapy altogether? After all, there are a lot of people out there deeply in need of repair.

At the top of the list: white men. What is with us, amirite?

We have so many damn opinions, and for some reason, we need every single person in the universe to know all of them. Take me: I'm a white dude, and I write about my opinions for a living. I am the literal worst.

If you're a woman who has ever said a single thing on the Internet, you know what I'm talking about. Ever post a photo, express an idea, share a random thought? Some white dude has swooped in to let you know what he thinks about all this, and about you, because his validation is the only thing that matters to you in the entire universe.

Reparative therapy is an abusive practice that seeks to break people down completely before rebuilding them in the image of the Lord (a white guy who had some opinions of his own). Instead of using these torture techniques to stop people from finding love and happiness, why don't we put them to better use: getting white dudes to shut the fuck up every now and again.

Yes, it will involve physical, emotional, and spiritual abuse. Getting a white man to stop insisting that anyone he chooses is obligated to debate him any time on any subject won’t be easy.

Yes, the combination of starvation fasting, intense calisthenics, prayer marathons, and sleep deprivation will likely kill some of the men we subject this to. But you can't make an omelette without breaking a few white eggs.

Will the results be worth it? Of course they will. Imagine, for just a moment, what it would be like to tweet your opinion of Adele’s new jam without six white men explaining in painstaking detail exactly what’s wrong about what you said.

Imagine a world with no more counterfactual hypotheticals. No more pedantic nitpicking. No more demands on your time from bros who believe they’re entitled to a response from you for every stupid little criticism they stick in your face. (We’d like to eliminate sexual harassment too, but this is therapy, not magic.)

Think about all the time we wasted trying to use reparative therapy to cure homosexuality, a perfectly lovely practice that never hurt anyone. Why not put these damaging techniques to good use by eliminating one of the greatest scourges of our time: white dudes who just don’t know when to keep their dumb mouths shut?