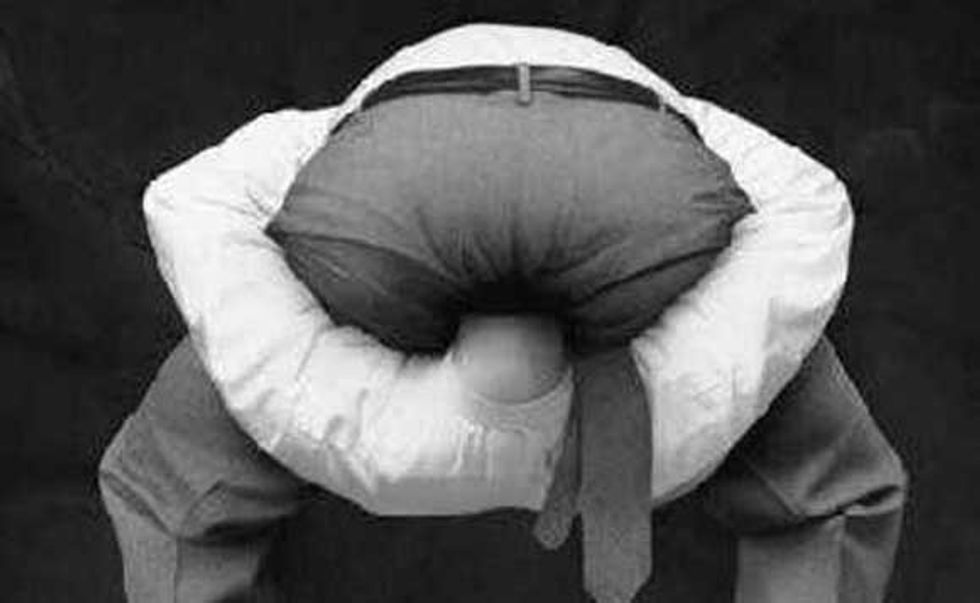 San Diego prosecutors are doing their darnedest to make sure a man goes to jail for the rest of his life for a crime he didn't commit. That's not a matter of conjecture, like, "No, he's totes innocent." Prosecutors aren't even trying to say he committed a murder. Or that he planned, ordered, aided, or abetted a murder. Instead, prosecutors claim, this guy should spend the rest of his life in jail because he cut a rap album, and that rap album sold more copies because murders were committed. That's the San Diego D.A.'s story, and he's stickin' to it.

ABC affiliate KGTV court-splains it to us.

Brandon Duncan, also known as Tiny Doo, will be heading for trial, a judge decided Monday. [...]

Prosecutors are calling upon a state law put in place by voters in 2000 that has not been used until now. It allows for the prosecution of gang members if they benefit from crimes committed by other gang members.

Though Duncan hasn't been tied to the shootings, prosecutors argued that he benefited from the shootings because his gang gained in status, allowing him to sell more albums.

THERE IS A GUN! ON THE COVER! OF THE HIPPITY-HOP ALBUM, PEOPLE! If only this law had been around in the late '80s, we might have saved a few innocent San Diegans from the scourge of glam metal.

Oh man, what kind of clowns do they have up there in Sacramento making these dumb laws anyway? Let's all call the offices of Senator "Put in place by voters in 2000" and tell him what we think of this crappy law!

Wait, did the wise voters of California put this law into effect all on their own? Sure did! Remember Proposition 21, California? You should, because it's yet another reminder that direct democracy is a really, really dumb idea in a polity of 38 million people. Let's read what Prop 21 actually says, because Lord knows no one who actually voted for it ever did. We are a not a lawyer, but we think this is the relevant section of that stupid, stupid law.

Any person who is convicted of a felony enumerated in this paragraph committed for the benefit of, at the direction of, or in association with any criminal street gang, with the specific intent to promote, further, or assist in any criminal conduct by gang members, shall, upon conviction of that felony, be sentenced to an indeterminate term of life imprisonment.

Lock 'em up and throw away the key, pew pew pew! Stale bread and a glass of water -- heck, that's probably too good for 'em! What could it actually cost to house, clothe, and feed an inmate for the rest of his natural life -- twenty bucks? A hundred? Whatever, it's worth it to know that we are safe from our nation's continuous, 20-year-long decline in violent crime rates. Boy, California, you guys do a great job of thinking stuff like this through!

1. These thug hip-hoppers with their sagging pants can sell more albums when they commit murders, because that gives them greater street cred, and the kids love street cred because you can really dance to it.

2. These murders were not committed by Brandon Duncan, but Duncan knows the guys who did it, and also, he's a rapper, do you really think he is the kind of role model this community needs? He is not, let us tell you. Just look at him, members of the jury, JUST LOOK AT HIM!

3. Therefore Brandon Duncan's hippity-hop album should buy him a life sentence in prison, the end.

Here's the full video report from KGTV, complete with a local law professor being like, "Nah, probably not."

So yeah! Make sure not to buy any rap albums -- you might end up sending an innocent man to jail.