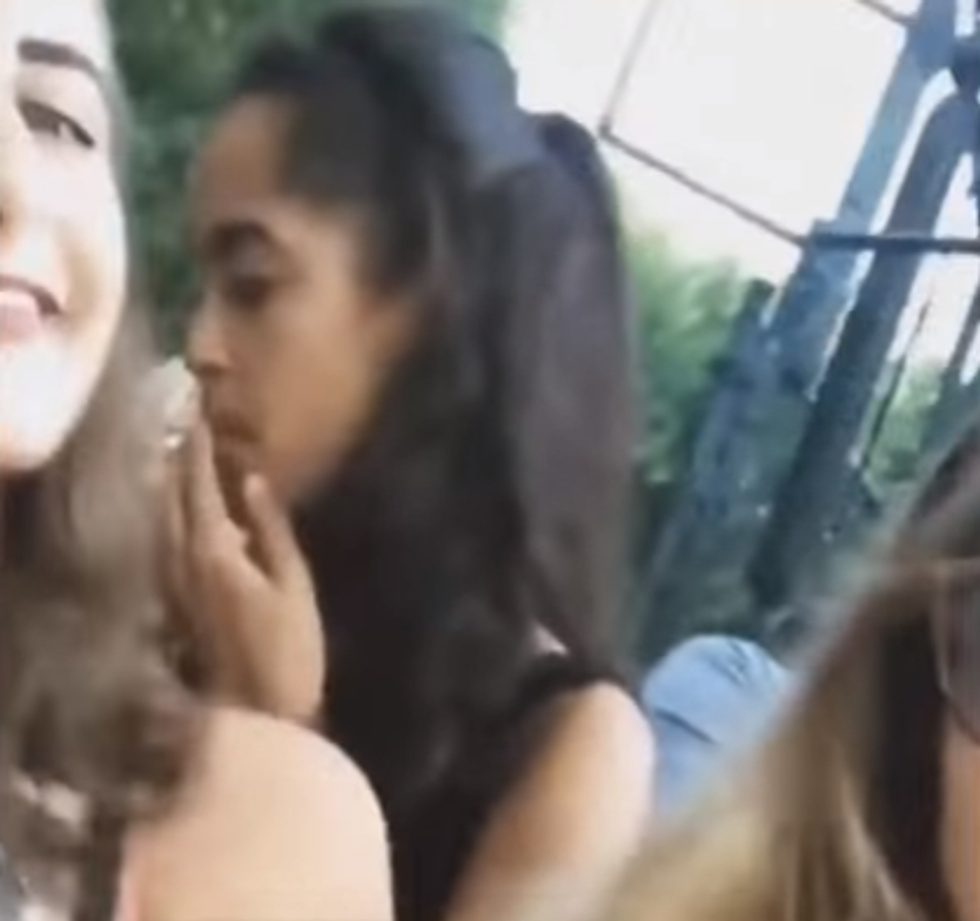 POTTED UP ON WEED

Uh oh, there is terrible news to report about the 18-year-old daughter of the president of the United States. Did you hear Malia Obama, upon graduating from Sidwell Friends School in Washington, is taking a GAP YEAR? I know right, how lucky is she, we are so jealous, ugh, we wish OUR DAD was president of America! Just kidding, that was not the bad news, the REAL bad news is that Malia, the 18-year-old who is 18, went to Lollapalooza, and instead of gently swaying side to side and enjoying the musical stylings of the gathered troubadours, she put a reefer in her mouth, lit it on fire, and swallowed it. WELL WE NEVER:

And oh no, this is usually how a person's life of crime begins! They get dropped off at Lolla by the Secret Service, who, like all American public servants, are primarily around to make sure everybody has a good time, and get as fucked up as possible, and before you know it, they are eating pots and sucking doobies, and afterward, they usually shoot up a Taco Bell, WITH THEIR APPETITES.

Um, for real, though, who cares? Buzzfeed reports that all kinds of idiots on the Twitterface have been shaming Malia Obama for being a completely normal 18-year-old kid. (And for the record, we didn't like it when people went after Jenna and Barbara Bush for their youthful hijinks either. And by "Barbara," we mean the younger one, who is the sister of Jenna. Grandma Bush's hijinks are FAIR FUCKING GAME, but also she can do what she wants.)

We would copy and paste some of the mean Twitter reactions, but we don't want to, because fuck them, they are just some random people who don't matter. But we WILL shame Radar Online and the New York Post, who acted like complete nut sacks when they wrote about it.

Twerking was just the beginning! In a new low, wild child Malia Obama was caught on camera smoking "pot" at a recent concert, according to an eyewitness.

Oh, eat an entire bag of dicks with cream and sugar on it.

Malia Obama won’t be able to roll her way out of this one.

The 18-year-old first kid was caught smoking what looks like a joint at a concert in a video that emerged Wednesday.

Look, she probably is already in trouble with her parents. They probably took away her Obamaphone and her long form birth certificate, and she's not allowed to do anything glamorous for like two weeks. But the truth is, Malia Obama is a kid and she did something KIDS THESE DAYS do, which is the same thing her dad did when he was a KIDS THESE DAYS.

Don't you think this guy can handle this situation, with his own daughter?

That's what we thought.