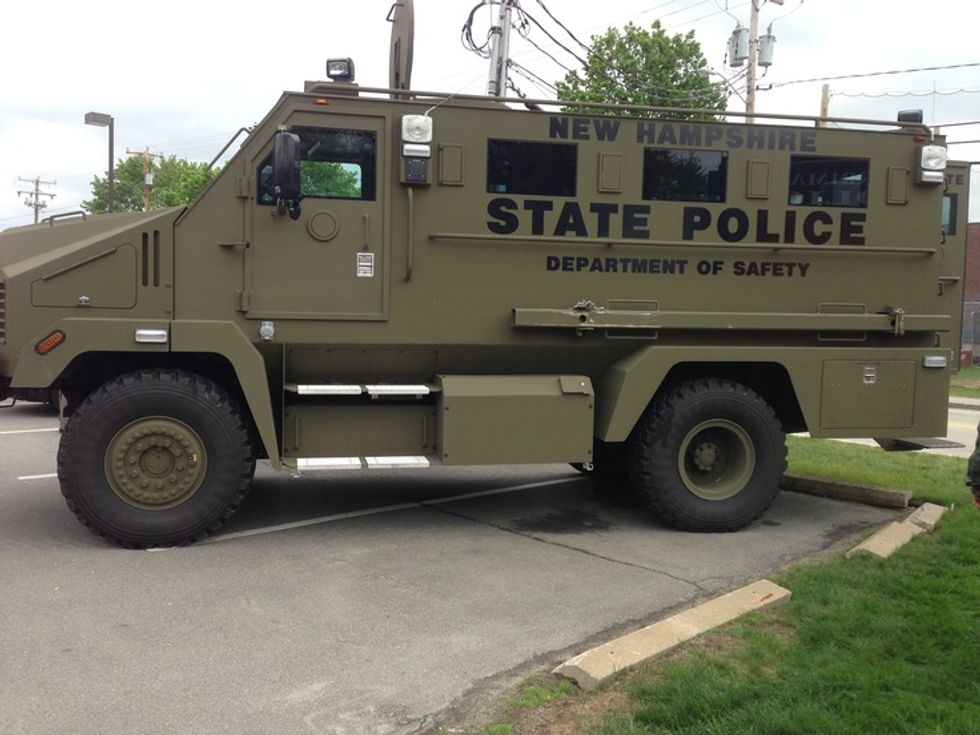 Three quarters of a million people in America are cops. With a sample that size, we can assume that it's a bit of everything -- good, bad, altruists, bullies. Even with solid screening for the worse sorts of people, some would slip through the cracks. Of course, we don't really emphasize the screening parts, which has contributed to a general public distrust of law enforcement.

The most recent example is from Baltimore, where there's this guy who plants drugs, walks away, turns on his camera and then does a fun little search for the drugs he just planted. And darned if those drugs weren't right where he said they would be! Also in the video are two less active officers who don't participate but also don't not participate, for example by refusing to stand around for this bullshit or saying aloud "wow, this is bullshit." You know, good cop stuff. None of them were playing Good Cop. None of them were playing Smart Cop either, so it didn't occur to any of them that many body cameras, including their own, actually retain the 30 seconds prior to being turned on and they'd just recorded themselves planting evidence.

We don't have any solid figures on police misconduct. Efforts to track misbehavior are heavily opposed by police unions, and there is no government agency tasked with compiling that data. The closest thing we have is this ex-cop with a lot of Google alerts set up, who by virtue of even attempting to track this stuff has become the nation's most cited expert on the topic.

We also don't know how many convictions have been eventually overturned due to police incompetence or malfeasance. We can bet at least in this instance that everyone who's got a half-decent lawyer and went to jail based partially on evidence this drug-planting Baltimore officer gave will be rushing to court to suppress it. Hell, even the shitty lawyers will be able to get a win or two out of this.

The officer in the Baltimore case has been suspended after the story blew up, while the other two officers have been put on desk duty. Baltimore police are investigating the incident, though we are not sure how much confidence we have in this investigation. You can read this for yourself because you will think we are making this up. This is some shit that Cartman would try. The Baltimore Police are investigating whether maybe this officer, you see, was trying to be really cool and just find some drugs, but then he forgot to turn on his camera when he started looking for them because he was just so excited and then he found the drugs, and then he was like "oh shit dudes, we forgot to record ourselves finding the drugs" so then he put them back where he found them and turned on his camera and came back and found them again, and now everyone's going to think he's lame! And that wouldn't be, like, a crime or anything, that would be just someone trying too damn hard because he loves this job.

In other news, Jeff Sessions wants to radically expand the powers of the police to seize your property, whether or not you're guilty of a crime. Multiple states are considering teaching children how to safely interact with police officers. Statehouses are taking up batshit measures about making it criminal to disrespect a police officer or legal to run over protesters in your car. At least police are still buying military toys so your kids' parades might get to have Bearcats in them instead of stupid old fire trucks!