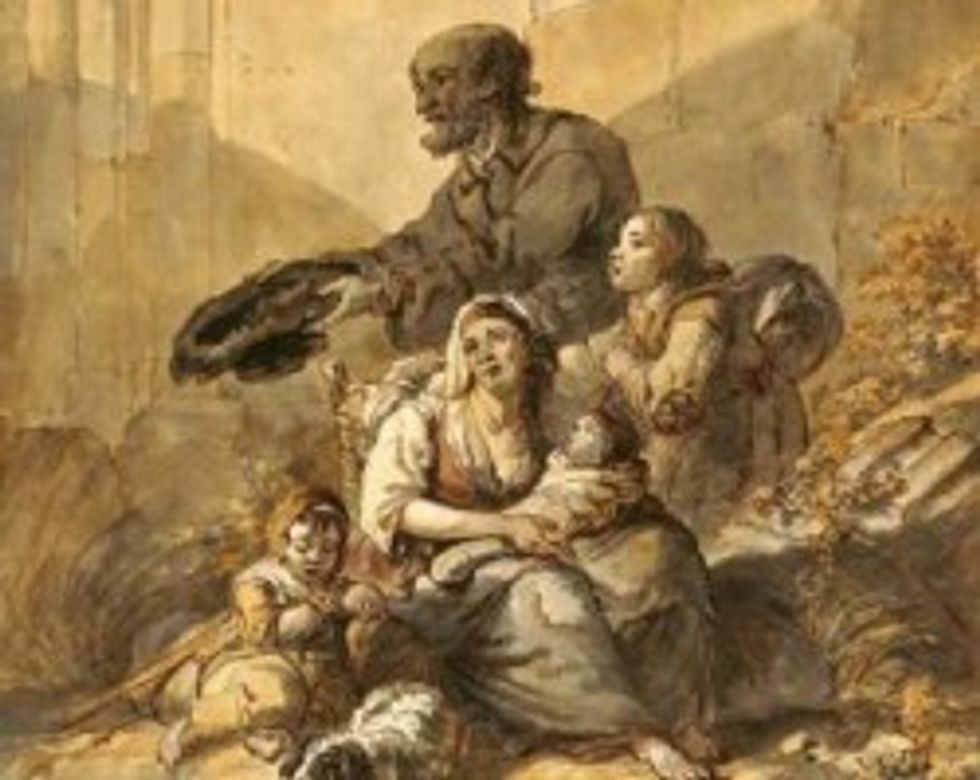 Some people, for some reason, got it in their heads that the Republican Party was the party that looked out for rich folks, the party that was ideologically opposed to helping the less fortunate so it could grant new privileges to "job creators." For some reason, nobody can really remember why, like, 47 percent of the country got really peeved at the GOP, for not having its best interests at heart.

But all that has changed now! We have a new Republican Party, one that is supposed to be nice to minorities and poors, led by the beautiful square face of Florida Sen. Marco Rubio, who cares so much about the fate of the have-nots that he doesn't think the government should even bother making sure they're being paid a living wage.

Obama, if you had not heard, proposed (not very boldly) in his State of the Union speech to raise the minimum wage to $9. Here's what Rubio said about it yesterday:

"I support people making more than $9 an hour. I want people to make as much as they can," Rubio responded to Charlie Rose on CBS' "This Morning."

But he continued, "I don't think a minimum wage law works."

OK, so we can acknowledge that "Nine dollars is not enough." What do we do?

"The problem is that you can't do that by mandating it in the minimum wage laws. Minimum wage laws have never worked in terms of helping the middle class attain more prosperity."

Rubio said that his proposal instead would work to foster an environment for "good-paying jobs," noting that the minimum wage law would not create more growth.

This, unfortunately, is all the context ol' HuffPo provides, so we will give you some extra: First off, this is a pile of doo-doo, and any time anybody's talking about "fostering environments," you're about to get screwed.

The article says Rubio was "noting that the minimum wage law would not create more growth," like it is obviously a true thing, even though it doesn't mean much of anything at all. Growth of what? GDP has been rising, and so has worker productivity. The thing that hasn't been growing? Household incomes. The gap between the rich and everybody else has been on the rise for 30 years, because, while everybody's been working harder, the rich folks have been reaping the benefits. It's a problem that's way bigger than just the minimum wage — but if "growth" is companies increasing their bottom line by not paying their employees anything, that does not seem like such a great start.

So, when Rubio says "you can't do that by mandating it in the minimum wage laws," he really means "We're just going to hope businesses grow a conscience," which we can all agree will happen right around NEVER O'CLOCK.

Here's a part of Rubio's response to the State of the Union speech:

My parents immigrated here in pursuit of the opportunity to improve their life and give their children the chance at an even better one. They made it to the middle class, my dad working as a bartender and my mother as a cashier and a maid...

This opportunity — to make it to the middle class or beyond no matter where you start out in life — it isn’t bestowed on us from Washington.

Here, Rubio does this cool trick where he says Washington can't give you a chance to make it to the middle class, like, three seconds after he talks about how his minimum-wage parents got into the middle class.

Cashiers don't make more than minimum wage, and most bartenders make less than minimum wage, because, presumably, they get tips. If the government wasn't telling his parents' employers to pay them a living wage, they wouldn't have, because why would they? The minimum wage that Rubio says is so lame is the exact thing that helped Rubio get to the fabled middle class, where everything is mildly good.

But, because of that wonderful free-market wage stagnation (and inflation), the minimum wage we have now gets you far, far less than it did back when Rubio's parents were earning it. A dollar literally does not go as far.

When Rubio was born waaaaay back in 1971, one minimum-wage income would have put a family of three slightly above the poverty line. That has not been the case ever since. The value of the minimum wage has gone up 21 percent since 1990; the cost of living has gone up 67 percent.

So, if poor folks are getting paid so much less than they were when Rubio was poor folks, how come they're still able to eat and stuff? OH! Because the government is giving them money, and food stamps and the earned income tax credit are the only things pushing their incomes over the poverty line.

All of the companies paying their workers the lowest possible wage they can are doing so because they have no reason to raise it — when their employees can't buy food, the government buys it for them. Is that the way the GOP wants to be doing things? Have any Republicans ever said anything lousy about the food stamp program, or entitlements, and how lazy all those people are, even though Republicans are specifically not doing anything to help?

They call it "redistribution of wealth," because taxpayer money is going to the poor, and that is some kind of Marxist communist Leninism or something — but nobody on the right seems to be looking at the other side of the equation, the side not paying those people enough to live in the first place. Surprisingly, they're doing just fine, on account of they can just keep that money for themselves instead!

Rubio might be the hip young face of the GOP, but he's just barfing up the same dusty old lines about pulling yourself up by bootstraps that don't exist anymore. The free market doesn't give a shit about the poor — and neither does brave, middle-class Marco.