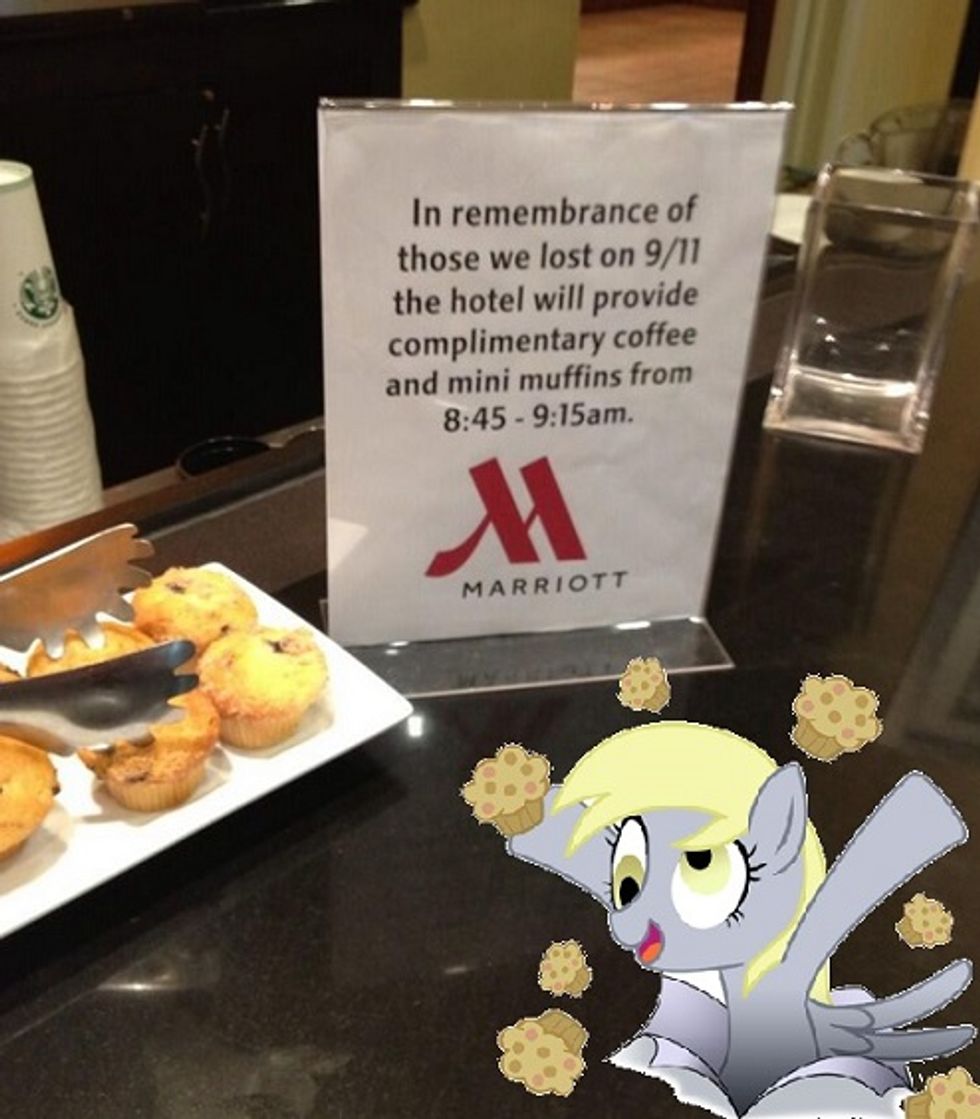 From the Twitterverse, thisphoto of a 9/11 memorial in a Marriott lobby in an unidentified city, we'll hope not NYC but who knows? (The twitter user lists San Francisco as their location, but they could have been travelling...And for that matter, we don't necessarily know it's from 2013...)

And just like the last FDNY guys to charge up the stairs, sucks for you if you got there at 9:16.