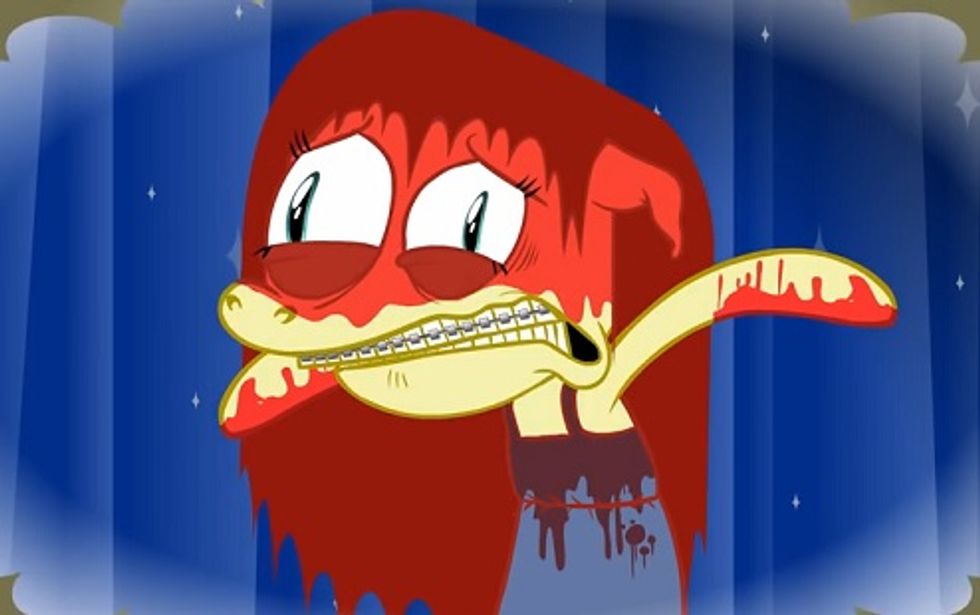 In what has to be the teensiest ittle-bitty political shocker of the year, Mary Cheneyemailed Politico to say that she doesn't intend to support her sister Liz Cheney's campaign for the U.S. Senate in whichever western state Liz decided was her "home" last year:

“I’m not supporting Liz’s candidacy.” She later clarified: “By supporting, I mean not working, not contributing, and not voting for (I’m registered in Virginia not Wyoming).”

We were hoping that maybe she followed that one up with another saying "And in case you can't tell, I'm NOT being sarcastic," but she actually added the most conciliatory thing she could come up with: “I am not saying I hope she loses to Enzi.” Of course, she's not saying she won't quietly smile to herself, either.

For her part, Liz Cheney, like any politician in the Party of Personal Responsibility, knows exactly who's responsible for her telling Fox News Sunday just how much she hates teh ghey marriage: Senator Mike Enzi, who she's pretty sure has to be behind the ads and a robocall "poll" claiming that she's entirely too friendly to gay marriage:

“I think if Senator Enzi had any self-respect, he’d stand up and renounce it, he’d say this doesn’t have any place in Wyoming, he’d say that it’s despicable ... This is certainly being done by friends of his, by supporters of his. … And I think the combination of the ad and the push poll is clearly an effort on their part to use that issue and to do it in a way that I think is beneath the dignity of the office of a United States Senator.”

We might -- just might -- suggest that throwing your sister under the Westboro Baptist Church Bus for the sake of making a political statement is also beneath the dignity of someone who wants to be a United States Senator, but fuck it, it's really just about what you'd expect from a Cheney.