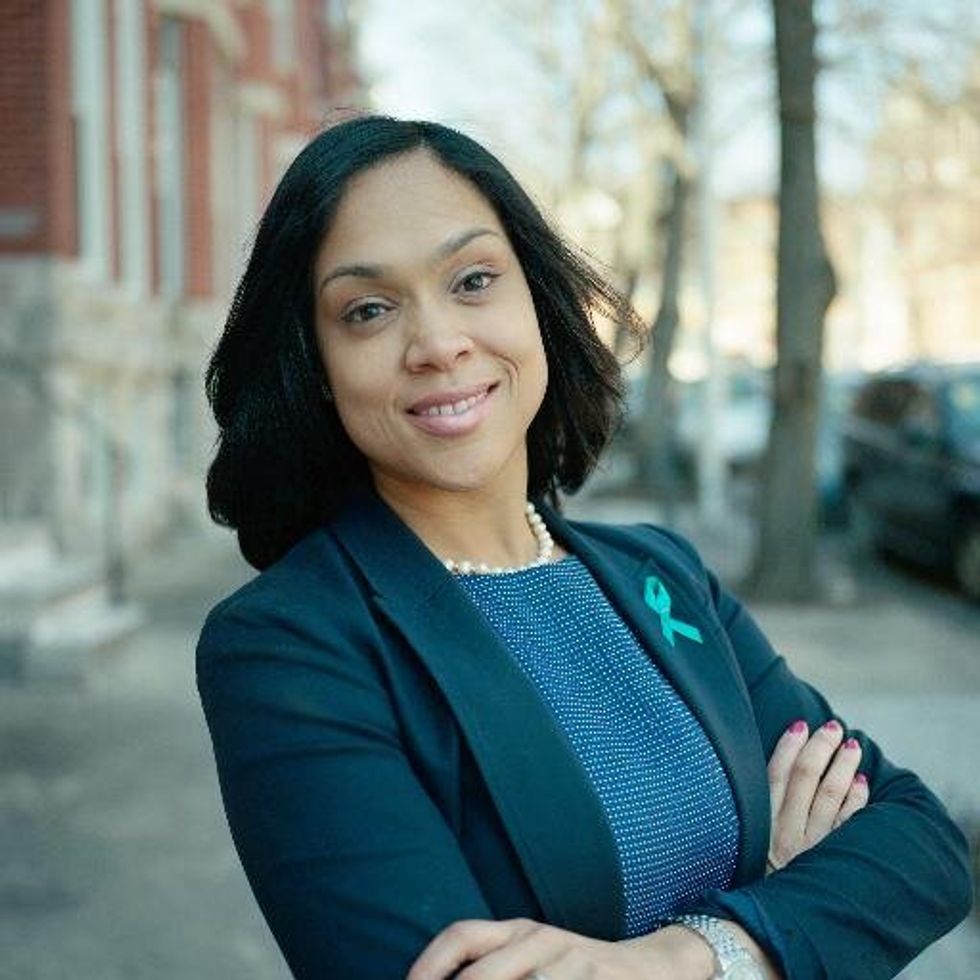 The Baltimore Police Department has had a heck of a time explaining how Freddie Gray, a 25-year-old black man arrested on April 12, somehow ended up dead from a severed spine. While the police leaked a document to the Washington Post suggesting that maybe he broke his own spine, after reviewing the department's full report on the incident, Maryland State Attorney Marilyn J. Mosby isn't buying that. At all:

Officers on at least five occasions placed Gray in the van or checked on him and failed to secure him, she said. By the time they reached the Western District police station, he was not breathing and in cardiac arrest, she said.

Mosby also said the police had no probable cause for arresting Gray for possession of a pocket knife, because that is not a crime.

Obviously, Mosby failed to read the reports, on the internet, that Gray "may have possibly" died from delayed complications following a surgery for an injury he sustained in a car accident, except there was no car accident and therefore no surgery. Or that maybe he severed his own spine jumping out a window. Or that he has done a lot of crimes in the past, so even if those cops murdered Freddie Gray, they had a real good reason for it.

The Baltimore police officers' union is also showing its support, with a charming letter from Gene Ryan, president of the Fraternal Order of Police (Baltimore City Lodge No. 3):

Each of the officers involved is sincerely saddened by Mr. Gray's passing. They are all committed police officers who have dedicated their careers to the Baltimore Police Department. All death is tragic. And death associated with interaction with police is both shocking and frightening to the police. [...] As tragic as this situation is, none of the officers involved are responsible for the death of Mr. Gray. To the contrary, at all times, each of the officers diligently balanced their obligations to protect Mr. Gray and discharge their duties to protect the public.

Oh, and also, Mosby should recuse herself from this case and appoint a Special Independent Prosecutor because she cannot possibly be objective:

While I have the utmost respect for you and your office, I have very deep concerns about the many conflicts of interest presented by your office conducting an investigation in this case. These conflicts include your personal and professional relationship with Gray family attorney, William Murphy and the lead prosecutor's connections with members of the local media. [...] Most importantly, it is clear that your husband's political future will be directly impacted, for better or worse, by the outcome of your investigation.

Because Mosby's husband is a member of the Baltimore City Council, and prosecutors sometimes talk to people in the media, someone else should be in charge of letting the world know these police officers definitely did not murder Freddie Gray. Hey, maybe someone from the Fraternal Order of Police is available.