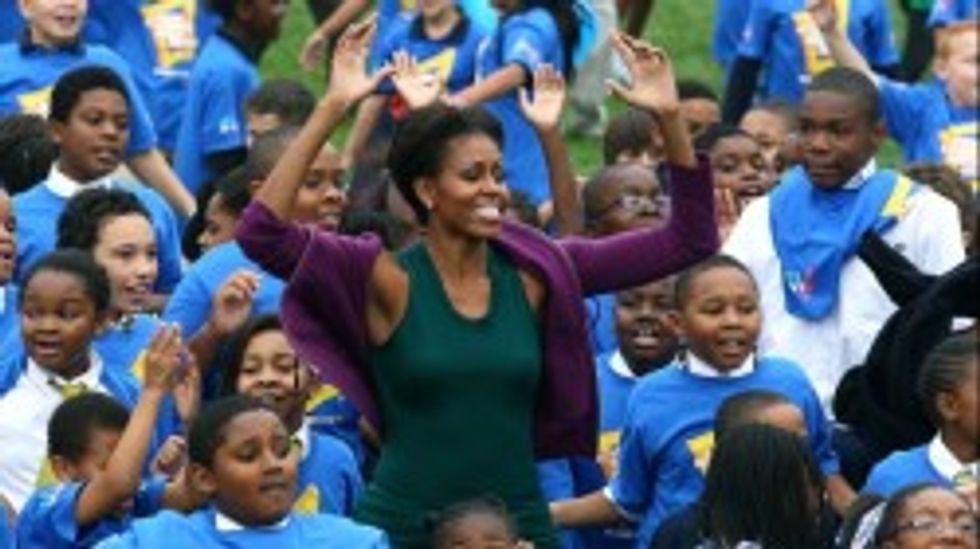 It's a simple fact - one out of every three kids in America is overweight or obese. OBESE. Children. This is a very real problem! So of course, a couple of Massachusetts legislators want toshut down the program that allows schools to measure the kids' body mass index and send a very respectful letter explaining the results to the parents.

"I think [the BMI letters] are an overreaching by the Department of Public Health," Lyons told the New York Daily News. "I've had numerous complaints from parents considering the impact ot has on children being ostracized for being too thin or too fat. Parents are really concerned."

They are concerned that the notices create a stigma and damage the self-esteem of these kids? That is nice and all, worrying about hurting a kid, it is. But being a heavy kid can be a serious problem, especially long term. This program is a lot like how schools check a kid's eyes to make sure they can see, no? No one ever says, great, now my kid has to wear glasses and THAT IS SO SAD, they will get teased because, 4 eyes, and STOP CHECKING KIDS' EYES, SCHOOLS! It is maybe not the notice being sent that is the problem, it is the reality of this very real childhood obesity epidemic, maybe? Something is wrong out there, and being mean to kids based on what they look like is not right, but informing parents' of the reality of their child's health is not what makes kids tease one another? Are we the ones taking Crazy Pills here?

This seems a lot like the same kind of thinking behind climate science denying or how gay kids aren't real - with those Virginia legislators who made it illegal to say the words "sea level rise" - and trying to outlaw the word "gay" in Tennessee. This is the Lake Wobegon Disease in full furor, all the kids have to be above average and now none of them can be acknowledge as overweight? It is not as if the kids self-esteem isn't gonna be damaged by the reality of the situation, as long as we just don't mention it.

Truly, this is not fat-shaming at all, just simply saying, hey, this is what we found on this test and based on your individual kid - and because BMI can be off for some - maybe look into this. Here, let's look at the letter!

Of course now that Michelle Obama has made healthy eating one of her favorite platforms, it is nothing more than a government intrusion? Anyone else remember Reagan and Bush and Arnold Schwarzenegger and Presidents Physical Fitness Tests? Man they were such fascists.