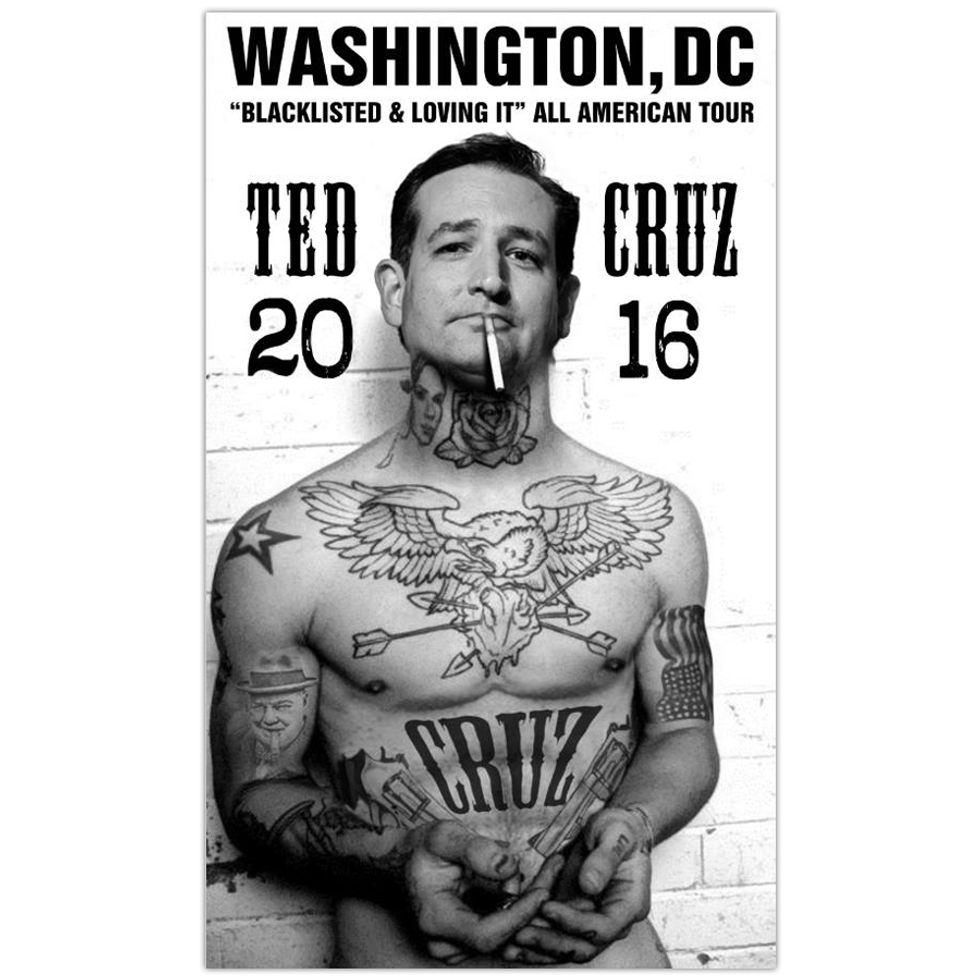 Ted Cruz, the Ivy League-educated Great Debater, has to be feeling pretty chuffed about his big "I paid for this microphone!" moment during Wednesday's terrible CNBC debate, which everyone except Jim Cramer agrees sucked, though why it sucked is a matter of dispute. (Cramer is pushing NBC Universal and Sheinhardt Wig Company stock today).

Asked a fairly anodyne question by moderator Carl Quintanilla, Cruz went off on an epic, completely not rehearsed rant against the biased media and how evil and biased they are, for asking Republican candidates unfair debate questions, when all they've ever asked Democrats is how they'd like their pillows fluffed and whether they'd enjoy some more bon-bons:

Quintanilla's question to Cruz was a tad pointed, which we all know never happens in debates (just ask Mike Dukakis and Bernie Shaw):

Congressional Republicans, Democrats and the White House are about to strike a compromise that would raise the debt limit, prevent a government shutdown and calm financial markets that fear of -- another Washington-created crisis is on the way.

Does your opposition to it show that you're not the kind of problem-solver American voters want?

Rather than address the substance of the question, about Cruz's addiction to threatening government shutdowns every other day, Cruz was ready with a slam-the-moderators retort:

This is not a cage match. And, you look at the questions -- "Donald Trump, are you a comic-book villain?" "Ben Carson, can you do math?" "John Kasich, will you insult two people over here?" "Marco Rubio, why don't you resign?" "Jeb Bush, why have your numbers fallen?"

How about talking about the substantive issues the people care about

Biggest applause of the night. And yet, even with the needling tone, it was a fair question, especially given Cruz's mastery of burning down the government in the name of pointless obstructionism. Asking about that IS a question with substance: This thing is happening, you're opposing it, why is that a good thing?

But Cruz wasn't finished yet, because he knew damned well that he'd get a lot more mileage out of bashing the "liberal media" -- the wildly pro-corporate assholes of CNBC -- than he would from some dumb "debt ceiling" question, like anyone cares about THAT.

Besides, that was kind of fun, bashing the moderator AND getting to repeat all the arguments they'd made against his opponents. Hey, can Ben Carson do math? Guess not!

Anyway, nobody asked Hillary any tough questions at all (email, email, email):

Cruz: The contrast with the Democratic debate, where every fawning question from the media was, "Which of you is more handsome and why?" And let me be clear...

Quintanilla: So, this is a question about (inaudible), which you have 30 seconds left to answer, should you choose to do so.

Cruz: Let me be clear. The men and women on this stage have more ideas, more experience, more common sense than every participant in the Democratic debate. That debate reflected a debate between the Bolsheviks and the Mensheviks.

And nobody watching at home believed that any of the moderators had any intention of voting in a Republican primary. The questions that are being asked shouldn't be trying to get people to tear into each other. It should be what are your substantive positions...

Quintanilla: OK. (inaudible) I asked you about the debt limit and I got no answer.

Cruz, having used his 60 seconds for what he really wanted to get done, then offered to take a little more time to talk about the debt limit, but Quintanilla, like some kind of rule-enforcing fascist, turned the mic over to fellow moderator John Harwood, who had a question for Rand Paul.

Cruz, just to underline how unfair the Liberal Media are, pretended to be shocked: "You don't want to hear the answer. You just want to..." And then Harwood, just like Joseph Mao Hitler, pointed out, "You used your time on something else."

Cruz pouted, "You're not interested in an answer," and clearly felt very warm in his swimsuit area, because he knew he had totally won. Pfft, "debt limit." That's not red meaty at all!

[contextly_sidebar id="ckOWtaZCw6achlLEUZvsLoJ5z2qyFjBP"]And lo, it came to pass that the rigthwingosphere is in love with Cruz's brilliant "smackdown" of CNBC's "entire panel of smug, incompetent, liberal moderators." What was that about the debate not being a cage match? Sure, guys.

CNBC -- the network where Rick Santelli called for a "Tea Party" (from the floor of the Chicago Board of Trade, no less) to protest the government's limited efforts to help "losers" in mortgage bubble -- is a bunch of liberals. Boo. Fucking. Hoo.