Matt Lauer A Harassing Pervert??? FETCH ME MY SMELLING SALTS, Said No Woman Ever. 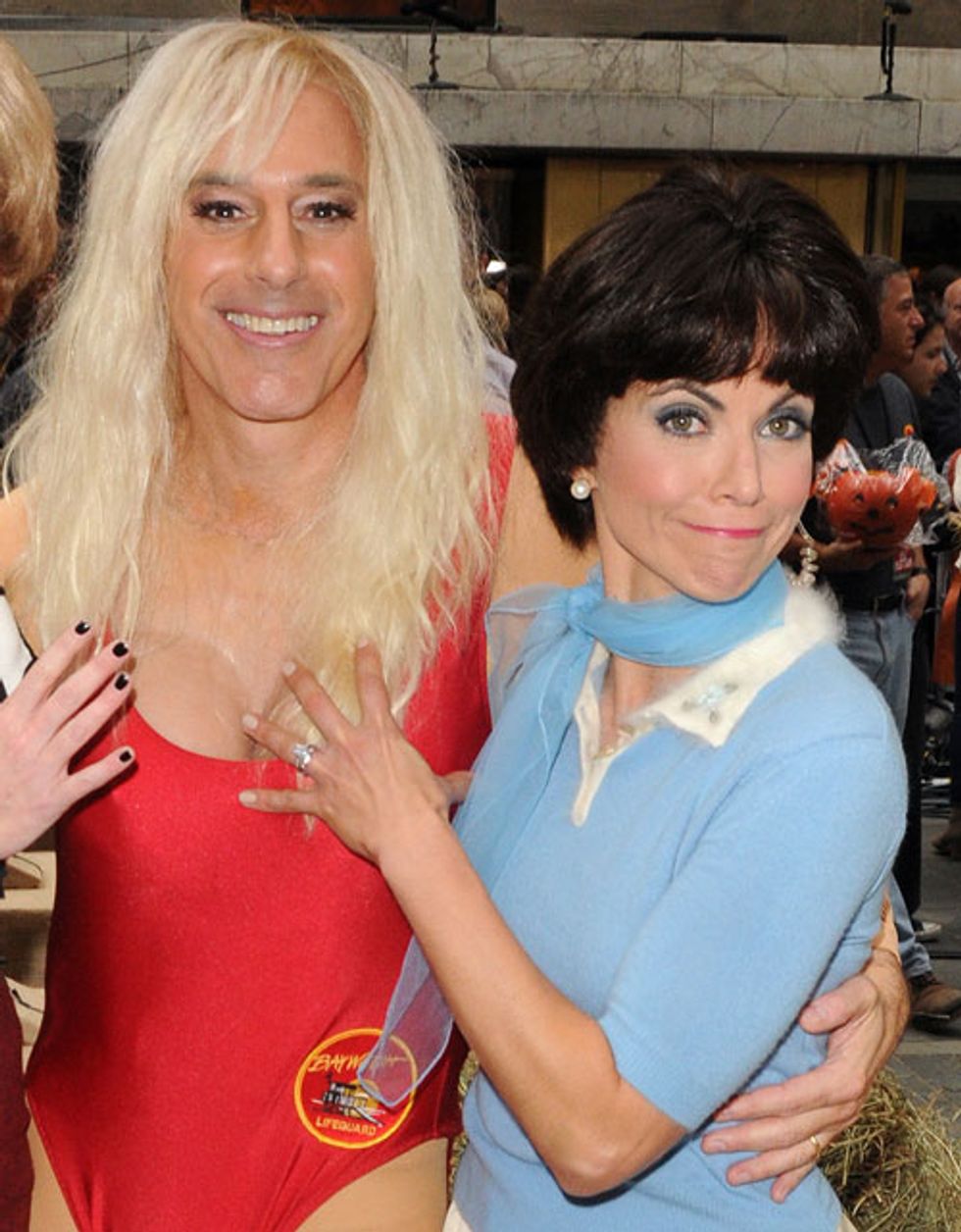 Sad news this morning for America's grandparents who will have to have breakfast without that nice boy Matt Lauer from now on. NBC's Andy Lack released a memo saying the Today show anchor was being fired BUT ASAP for sexual harassment.

On Monday night, we received a detailed complaint from a colleague about inappropriate sexual behavior in the workplace by Matt Lauer. It represented, after serious review, a clear violation of our company's standards. As a result, we've decided to terminate his employment. While it is the first complaint about his behavior in the over twenty years he's been at NBC News, we were also presented with reason to believe this may not have been an isolated incident.

May not have been an isolated incident? Yeah, no shit.

At @Variety, @RaminSetoodeh & I had been working on a Matt Lauer story for months and NBC was aware. There are multiple women we've spoken to with far-ranging accusations against Lauer. The power of journalism has never been more evident with this cultural change.

. @RaminSetoodeh of Variety., The New York Times, myself , and others have been working on stories. Some top executives at NBC were aware of these stories https://t.co/47UKT8DuJA

So they knew that Variety, the New York Times, and Yashar Ali were speaking to multiple women about Lauer being a serial sexual harasser, but NBC only acted when an employee came forward to claim that Lauer sexually assaulted her during the Sochi Olympics in 2014?

Matt Lauer has been terminated from NBC News. On Monday night, we received a detailed complaint from a colleague about inappropriate sexual behavior in the workplace by Matt Lauer. As a result, we’ve decided to terminate his employment. pic.twitter.com/1A3UAZpvPb

And yeah, we do feel sorry for Savannah Guthrie and Hoda Kotb, who had to go on air this morning and announce that their longtime co-worker had been fired for being a gross pervert.

And Hoda, I mean — you know, for the moment, all we can say is we are heartbroken. I’m heartbroken for Matt. He is my dear, dear friend and my partner. And he is beloved by many, many people here. And I’m heartbroken for the brave colleague who came forward to tell her story and any other women who have their own stories to tell.

And we are grappling with a dilemma that so many people have faced these past few weeks: How do you reconcile your love for someone with the revelation that they have behaved badly? And I don’t know the answer to that. But I do know that this reckoning that so many organizations have been going through is important, it’s long overdue, and it must result in workplaces where all women — all people — feel safe and respected.

Nobody is all one thing or another. It's entirely plausible that Lauer was a kind and respectful colleague to his peers at NBC, so we understand that Guthrie and Kotb's feelings are complicated. But no woman under 60 could have failed to notice the pervasive stench of leering, male entitlement wafting off Lauer everywhere he went.

Here's Lauer interviewing Anne Hathaway after a paparazzo snapped an upskirt photo of her getting out of the car.

LAUER: Anne Hathaway, good morning, nice to see you. Seen a lot of you lately.

HATHAWAY: Sorry about that. I’d be happy to stay home, but the film.

LAUER: Let’s just get it out of the way. You had a little wardrobe malfunction the other night. What’s the lesson learned from something like that, other than that you keep smiling, which you’ll always do.

Hathaway went on to talk about nonconsensual sexual commodification, so good on her. But, seriously, WTFingF?!?!? A guy who asked a woman what she learned from having a picture of her vagina published in a tabloid magazine is a nasty sex monster? Well, that's about the least surprising thing ever.

We are hardly the first one to notice this, but perhaps we wouldn't have a lunatic in the White House if Hillary Clinton hadn't been demonized by a press corp populated by misogynistic harassers. Remember that awesome debate where Lauer hammered Hillary on her stupid email server instead of asking Trump hard questions like, "Can you find Russia on a map?"

And another. Some people may recall Lauer's hosting of a 2016 "debate" in which he harassed Clinton nonstop over emails while letting Trump skate on everything. But sexism had nothing to do with media behavior last year, oh no https://t.co/ip4oaQ3AnH

Back in September Lauer sat down for an interview with Rapey O'Reilly when no one but Hannity would be seen with him.

You were probably the last guy in the world that they wanted to fire, because you were the guy that the ratings and the revenues were built on. You carried that network on your shoulders for a lot of years. So doesn’t it seem safe to assume that the people at Fox News were given a piece of information, or given some evidence, that simply made it impossible for you to stay on at Fox News?

Undoubtedly, we're in for several weeks of women coming forward to tell their stories. Comcast (which owns NBC) better be getting out its checkbook. But Matt Lauer being a gross pervert is the least surprising thing ever. Women can spot a harasser a mile off, even the Republicans. We all know that Roy Moore is a pervert, and Donald Trump is a pervert, and John Conyers is a pervert, and Charlie Rose is a pervert, and Ben Affleck is a pervert, and half the men in power are fucking perverts. But now the music has stopped, so it's time to zip up and go home boys. This party is over, and the bill is coming due.*

(*Offer not valid in Mississippi or Alabama.)

Please give us money so we can continue to cover all the horrible rape monsters! Also, salaries and servers.