Maureen Dowd Is Meh About A Thing 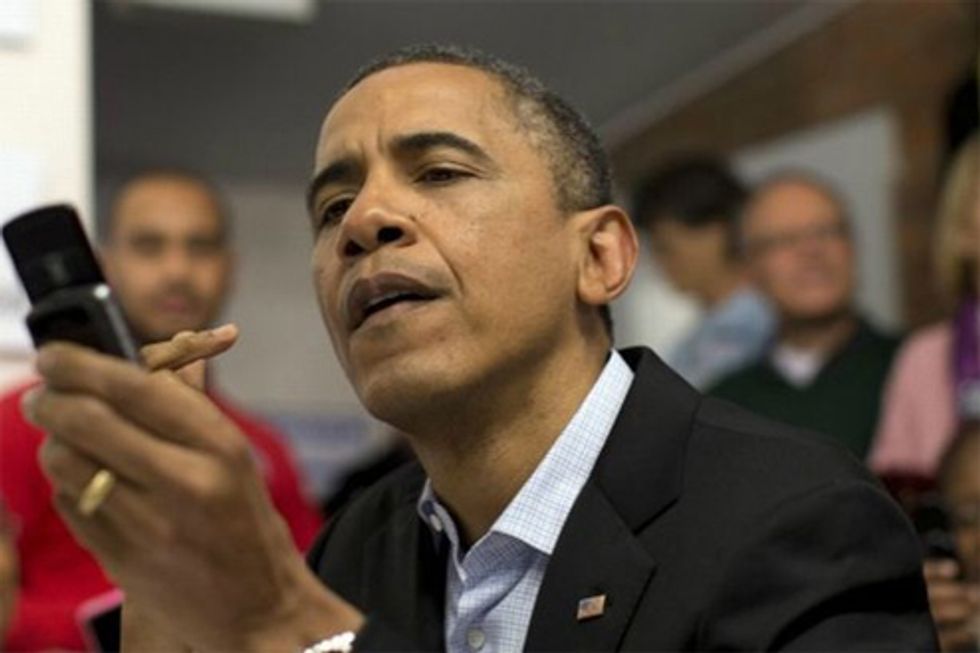 Guys, we're really sorry we haven't gotten around to announcing the big tote-bag winners of our most recentphotoshop and caption contests; we really will get to those soon, and you should believe us, because we are professional bloggers. But in the meantime, we have a REAL challenge for you: Can you find a point in Maureen Dowd's Tuesday column about Barack Obama and technology? At least we think that's what it was about. Maybe it was about him being feckless or something. All we could tell is that it was quite a few column inches of Maureen Dowd being vaguely displeased with how this president does things, but with no real criticism beyond the hazy sense that stage-managed presidential media appearances are insincere, and so maybe it would be better if Barack Obama had a holodeck. We think.

Dowd starts the piece by noting that there's something silly about Barack Obama's saying, of the recent moments when he's gone for a walk and shaken hands, "The Bear is loose." Dowd is not impressed by this:

There are three problems with this unbearable metaphor: Barack Obama is not in captivity, he’s not a bear, and he’s not loose. As Voltaire said of the Holy Roman Empire, it was “neither Holy, nor Roman, nor an empire.”

As best we can tell, the Voltaire quote is only there to prove to us that she picked up that witty neither/nor construction from Voltaire, not from Mike Myers's character Linda Richmond on SNL. Discuss amongst yourselves.

Here's apparently what Dowd finds so very unsettling about how the President does stuff:

Somehow, I thought that the tech revolution in campaigns would usher in fresh ways for presidents to communicate. In the age of Snapchat, I didn’t think presidents would still be crisscrossing the country to do hokey snaps of chats.

She also notes -- twice -- that David Plouffe predicts that someday voters will be able to "interact" with a holographic representation of candidates that could even be programmed to answer questions, and asks, "So where’s the Oval Office holodeck?"

Unless we're really misreading her, Dowd appears to be saying that a communications medium that's even more shallow than stage-managed meet-n-greets would be an improvement? If Obama ever did try a hologram stunt, of course, Down would ask why the president had walled himself off behind technology, with some pithy observations about how shaking hands is of course staged, there's at least some human contact.

Also, Obama should stop trying to convince us that he's just a regular guy, because at heart he's an elitist, and something something photo ops, the President is disengaged, and why is he wasting time on visuals when there's so much work to be done, like employ all the great new technology, or shun the great new technology, maybe. Either way, Maureen Dowd is not pleased.

We'll just have to steal from Portland reader Ann Anderson, who says, "Maureen is turning into the grownups on Peanuts specials. I try to catch meaning but all I hear is waa-waa-waa." There may have been an actual idea in her column, but we did not have the patience or masochistic streak to dig it out.