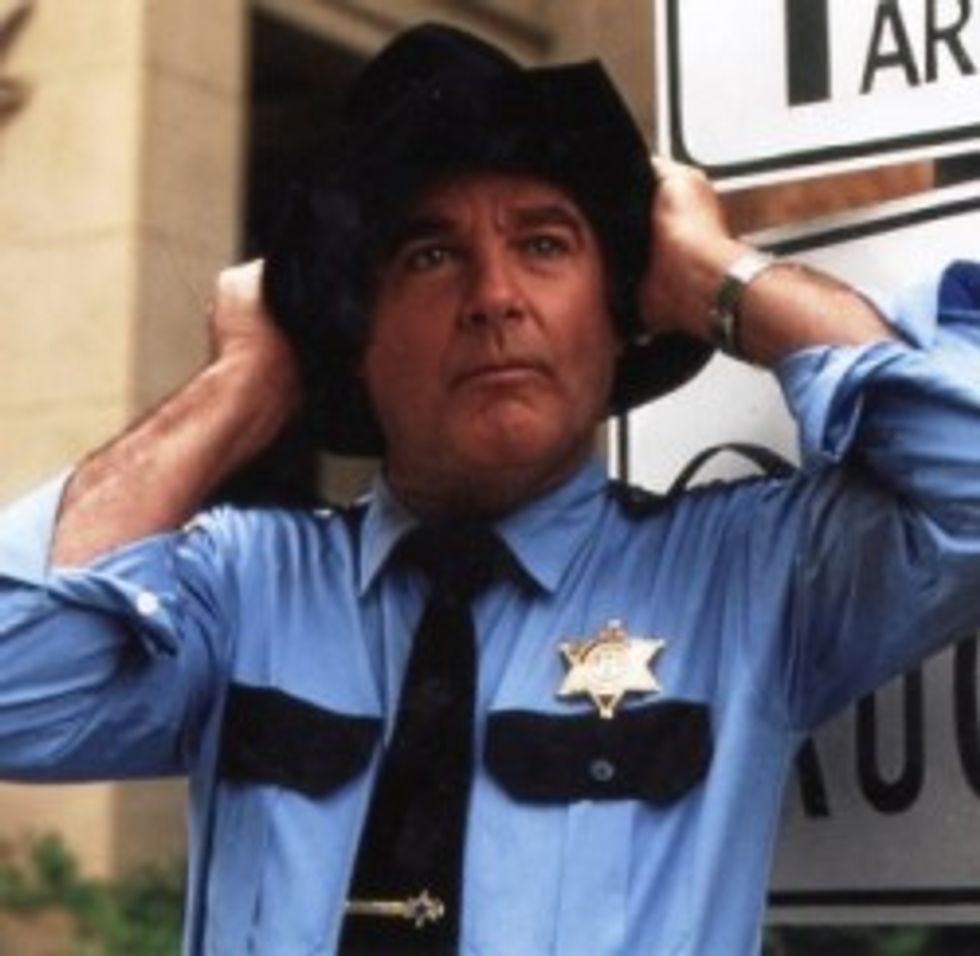 Hello San Diego Sheriff’s Department! How are you protecting and serving the people of San Diego today? Oh, just by shooting Navy veterans while trespassing on their property because you are “startled,” that’s all, no big deal! Also, he's SORRY, she STARTLED him (srsly) so what more do you people want?

According to San Diego County sheriff's homicide Lt. Larry Nesbit ... While checking for [a suspicious ski-mask wearing] man one to two blocks away from Leigh Avenue, deputies entered the backyard of a residence in the 200 block of Via Tapia.

"At some point, while in the backyard of the residence, there was contact between the deputies, who had their weapons drawn, and a female resident of the home," Nesbit said. "During that contact, one of the deputies fired from his service weapon. The female was struck in the arm by the round."

Translation: one of the officers shot an unarmed woman who happened to be in her own yard. Also, “the female” is a Navy veteran who was the first woman to earn Wings of Gold. Oh and according to the hospital, she was shot in the chest, not the arm.

On Tuesday, Deputy Luke Berhalter was identified as the law enforcement officer who opened fire on Jennifer Orey, who is retired from the U.S. Navy.

Orey was a swimmer for the Navy's Air and Sea rescue team and the first woman to earn Wings of Gold, according to family members…. Jim Morgan, the shooting victim's brother, told 10News her injuries show that she was shot in the chest, and not in the arm as the sheriff's department reported. 10News learned the bullet went through her left breast, into her arm and through her pinky...Morgan said his sister asked the deputy why he shot her.

Gore said the deputies thought Orey's open gate looked suspicious, so they went into her backyard. The deputies ran into Orey, and one of them had a "spontaneous reaction."

San Diego’s finest, ladies and gentleman, taking responsibility for their actions and keeping in communication with the public. Maybe they should do some sort of police retreat with the NYPD to work on those "spontaneous reactions."