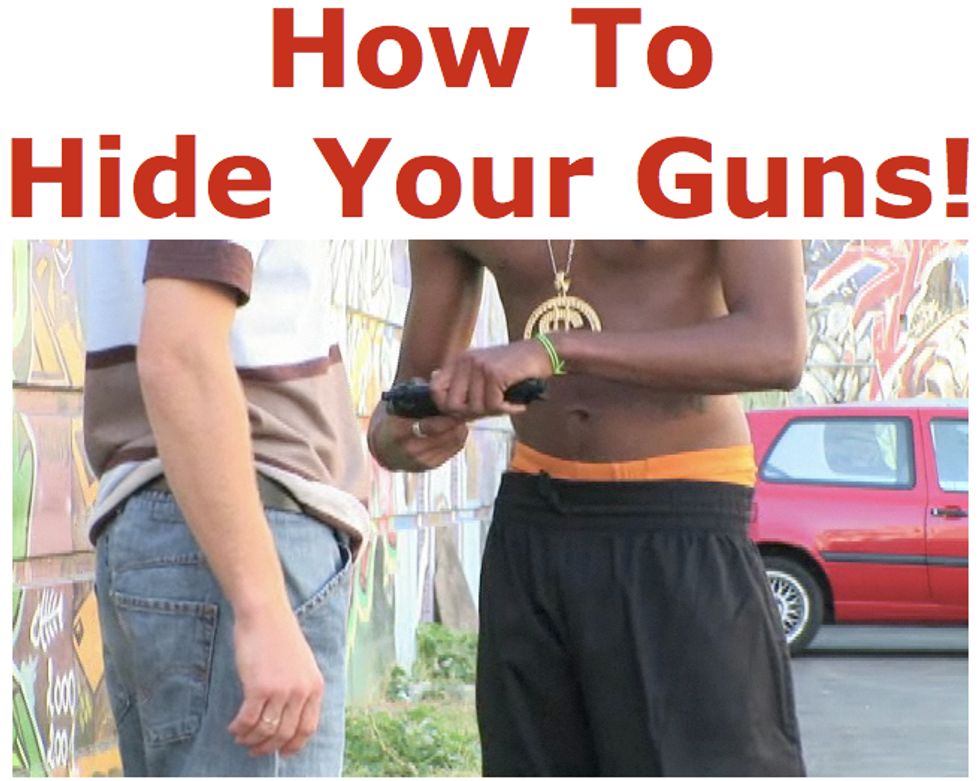 Mayor William Flanagan of Fall River, Massachusetts, is a man under attack. He is facing a recall petition for jacking up his town's taxes and garbage collection fees, a petition that reportedly holds a signature from one Jasiel Carreia II, member of his own city council. Surely that is a mistake! This can all be cleared up with a late-night chat in Mayor Flanagan's car. Just two guys talking while the mayor strokes his gun.

Carreia told the Boston Herald that Mayor Flanagan wanted him to tell a local paper that he'd been "bullied" into signing the recall petition, since he would never really want to recall the mayor. Right?

From there, "the whole thing escalated":

“This is the mayor. I don’t know what he’s capable of. He didn’t forewarn me he had a gun. I thought, ‘This is ridiculous. This is crazy.’ There’s no doubt in my mind there was intimidation being used. No doubt.”

Carreia claims Flanagan pulled a gun out of the center console of the Ford Explorer he was sitting in and placed it on the dashboard, saying, "I never leave home without this."

The mayor calls Carreia's story "unfounded and just not true." Not the whipping-out-his-gun part; the mayor admits that happened. But he only flashed it at Carreia in his car, in the dead of night, as part of a timely conversation about personal protection. If Carreira felt threatened, the mayor said, it was by those bullying recall organizers armed with their semi-automatic garbage-fee petitions. And frankly, the mayor is "taken aback" that the Carreia would say otherwise.

Flanagan insists it was Carreia who came to him claiming he had been threatened into signing the recall petition, feared the organizers and was considering seeking a license to carry.

Flanagan said he offered to provide Carreia with a reference, and only showed him the gun — which he claimed was on his waistband — after he told him he had it.

“I deny putting it on the dashboard,” Flanagan said.

Because Fall River is a party town, yet another member of the city council just happened to be out walking the darkened streets looking for a good time and got into the Explorer to say hi. Paul DaSilva, whose presumed dangling cigarette and rumpled shirt went unreported by the Herald, exonerated the mayor of all wrongdoing with his definitive statement: "I don't personally feel anyone was threatened."

The president of the city council admits that this "doesn't look good at all," but he's not sure if the council needs to look into it. When your mayor has already been linked to the mob, what's a little gun-brandishing, really?

In less hilarious news, a former city manager went to a city council meeting in Maquoketa, Iowa, became displeased with his property tax assessment, tried to shoot the tax assessor with a gun, was tackled and shot with his own weapon, and died. Democracy!