McDonalds Fires Mom Who Let Daughter Go To Park By Herself Because Who Wants A Troublemaker? 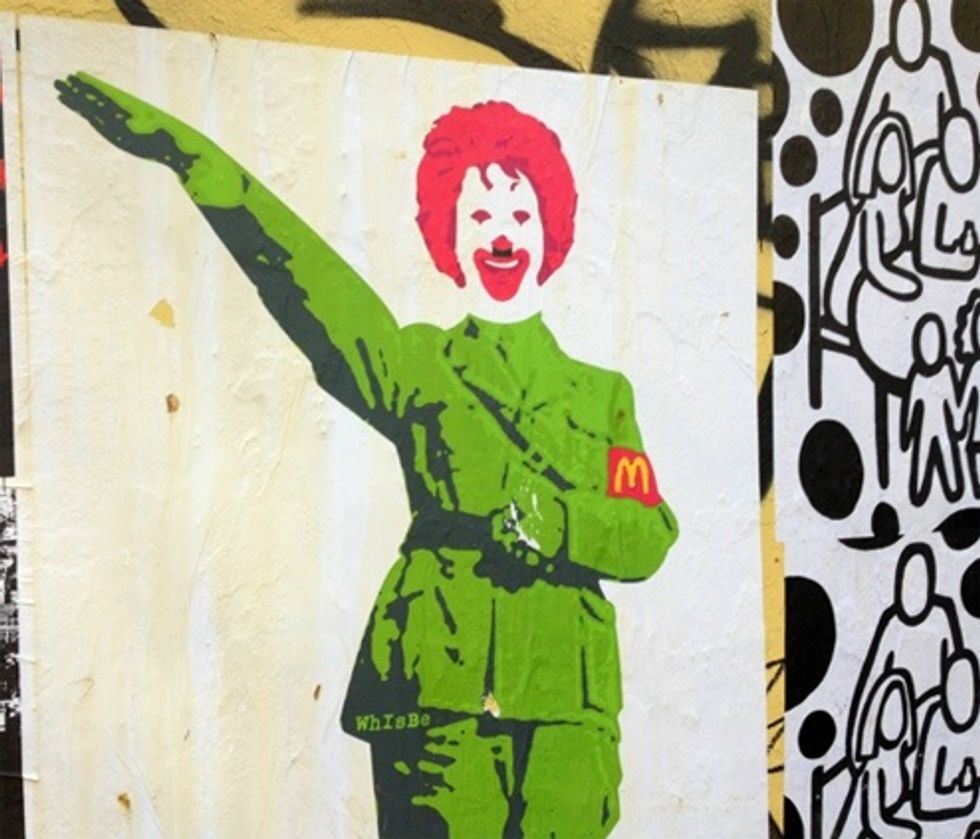 Just because there's almost no story that couldn't stand to get a little uglier, McDonalds hasgone and fired Debra Harrell, the woman who was arrested last week for letting her 9-year-old daughter go play in a park unattended during Harrell's shift at McDonalds. (As you recall, a helpful citizen called the police after talking to the girl and finding out she was alone.) The company wouldn't say why Harrell had been fired, saying that discussing the matter would be "inappropriate." Why, yes, you may wish to spit McMuffin chunks at your computer monitor now.

Harrell's attorney, Robert Phillips, who is representing her pro bono, said that she has been released from jail on bond and has been reunited with her daughter, who had been taken into state care after Harrell's arrest. A case against Harrell is still going forward, because letting children play in parks by themselves is utterly unprecedented. Besides, you know what can happen when children are left unsupervised -- they might float on a raft down the Mississippi or fall down a rabbit hole or go off and find Narnia or something.

“Whenever there’s an allegation of a crime, and in this case the child is considered the victim even though she wasn’t harmed…allegedly perpetrated by a family member, DSS has a mandate to come in and remove the child from immediate harm,” he noted. “They were just doing what the law requires them to do.”

So the Crap Time news is that McDonalds canned Harrell; on the Nice Time side of the ledger, a crowdfunding site has raised over $30,000 to help her, and Yr Wonket is betting that somewhere in North Augusta, South Carolina, there's a business that would love to give her a job -- because it's the right thing of course, completely disregarding the overwhelming positive publicity hiring her would bring.

Update: (8/18/14) At some point after it originally ran, the ThinkProgress story we drew upon added this note:

According to an email from Harrell’s lawyer to the Washington Post, she is now scheduled to be back at her job with McDonalds full time after a “misunderstanding about her job.” McDonalds declined to comment but confirmed she hasn’t been terminated.

As a matter of fact, McDonalds has since given Ms. Harrell a promotion and a raise.