McDonalds' Holiday Advice For Workers: Maybe You Could Sell Your Second Kidney? 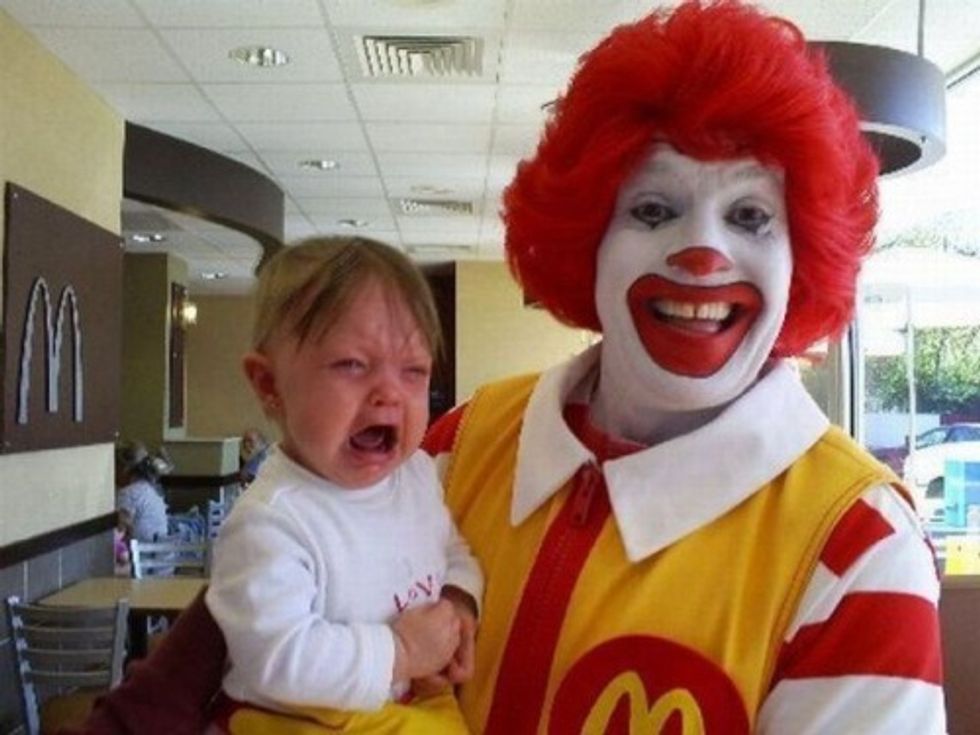 America's purveyors of Anus Burgers aren't really all that big on the idea of paying afair wage to their employees, but it's nice to know that they're at least willing to help them eat their bootstraps and mooch off the gummint. In yet another inspirational example of a fast food giant "helping" its employees, the "McResource line" from McDonalds has some helpful McAdvice for its McSerfs: if they're "digging out from holiday debt," maybe they should give some thought to cutting down on the burdensome material possessions that are just interfering with their spiritual journey to Nirvana anyway: “Selling some of your unwanted possessions on eBay or Craigslist could bring in some quick cash.” Even better, maybe they could stave off those hunger pangs by faking out their stupid brains, at least until they can become leeches:

Elsewhere on the site, McDonald’s encourages its employees to break apart food when they eat meals, as “breaking food into pieces often results in eating less and still feeling full.” And if they are struggling to stock their shelves with food in the first place, the company offers assistance for workers applying for food stamps.

Or at least, a couple days ago they were advising employees to try selling their unnecessary belongings... after ThinkProgress reported on the "Digging Out From Holiday Debt" tips, McDonalds pulled the webpage; a PR person explained that “Some of the content has been reviewed and changes were made where appropriate ... We’ll continue to do that periodically.” You know, like, whenever we get caught.

As we mentioned back in August, fast-food workers have been organizing and striking for an increase in the minimum wage; despite the claims of supply-side fantasists, higher minimum wages do not lead to $20 hamburgers. In Australia, the minimum wage is $14.50, but McDonalds still manages to make healthy profits while charging only a small amount more for their anus burgers than in the U.S.

On the other hand, maybe instead of higher wages, all that America's underpaid workers really need is to stop being so lazy and work more hours, if they can get them, and to take helpful budgeting advice like this lifestyle tip from the McResource Line:

Gosh, you can only imagine how stressful walking a picket line would be. Best to just keep your head down and think of some more unneeded household items you can sell on Craigslist.