McDonnell Trial, Week One: Love In The Time Of Hollerin' 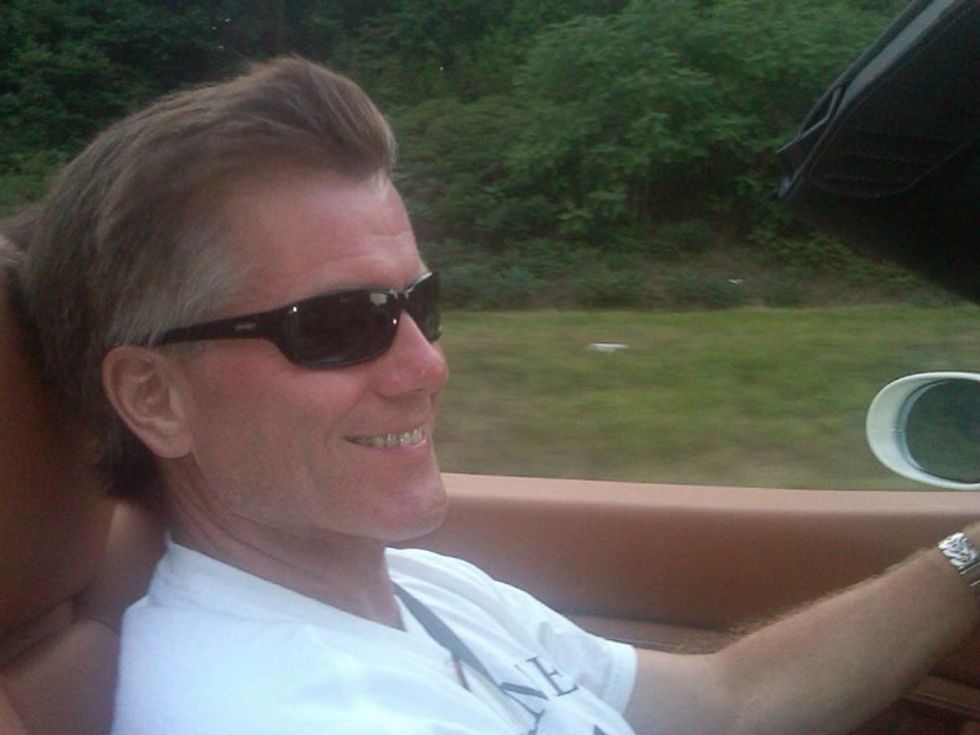 Recently deposed First Couple of Virginia Bob and Maureen McDonnell went on trial this week for trading the reputation of the state's highest office to a supplement salesman in exchange for pricey trinkets and luxury vacations and piles of cash. (ALLEGEDLY.) We hope there has been no news of local interest elsewhere in the state since Monday, as anyone who might have noticed was on East Broad Street in Richmond hoping to snap a photo of the former governor and his famous hair.

The assembled vultures were aflutter when Bob and Maureen, having marched in side-by-side for their many pre-trial hearings, arrived to court separately day after day. Maybe there was trouble in paradise! Maybe they were about to turn on each other! Maybe it was all a cynical ruse to get both McDonnells acquitted by blaming everything on Maureen and her longing for the forbidden touch of a tobacco pill peddler!

Wonkette's Political Grift Bureau is pleased to bring you the unexpectedly sexy first week of the Trial of the Century of the Summer in Richmond, Virginia.

"It was a bad decision on my part to buy that watch."

All Jonnie Williams wanted was to get his non-FDA-approved snake oil legitimized by the state of Virginia's medical schools and employee insurance plans. He owned an American Business making "health" products out of tobacco, which should have been enough to make any red state politician chase after him waving fistfuls of Help. Instead, he was prodded into buying a custom Rolex and bailing out a failing real estate venture for his would-be helper, Governor Bob McDonnell. Jonnie was comping the whole family's father-son golf outings and ostentatious shopping sprees and wedding chicken dinners for years, hoping the meetings with state officials and the launch parties in the Governor's Mansion he got in return would pay off.

Jonnie Williams did not find a path to success through Bob McDonnell's wallet (which had a high statistical likelihood of having been charged to Jonnie's account at the pro shop). Instead, he found his way to a starring role in a federal corruption trial and, if the sauciest stories are to be believed, into the secret fantasies of Virginia's First Lady.

Photo: US District Court, Eastern District of Virginia. (Note: Gov. McDonnell wasn't grifty enough to actually get his own Ferrari. He got to borrow it and pretend to be rich.)

Coverage of the case got a much-needed injection of salaciousness when Maureen's lawyer dropped a sex-bomb during his opening statement: the former First Lady had a "crush" on Jonnie, whom her staffers called her "favorite playmate." The whole thing was described as "inappropriate for two people who were not married." These crazy kids were trading texts all night and sending lame dirty jokes about the earth moving after real-life earthquakes, but evidently there was no actual sexytime. Typical repressed Republicans! Maureen is not expected to take the stand, so we will likely never hear the details of this sexless smut with the tobacconist.

Maureen's schoolgirl crush is part of a defense narrative that the First Marriage was so broken that it would have been impossible for the two of them to agree on anything, so they could never have conspired to shake Williams upside-down like a piggybank full of free golf clubs and Louis Vuitton handbags. Maureen convinced Jonnie to give them $170,000 worth of cool stuff all by herself, with her feminine wiles, and she was not the Governor and had no official power of her own to sell, so... no crime! What's for lunch?

Either the crush is real or the former NFL cheerleader has been tapping her project-to-the-back-row training, because when Jonnie arrived in court Maureen reportedly gazed at him moonily as he took the stand. After about half an hour, the judge postponed the rest of Jonnie's testimony and adjourned the trial early: "We're going to stop here primarily because I can't take another second."

Buck up, Judge Spencer! This trial has at least another couple of weeks to go. When they're done with Jonnie, federal prosecutors plan to call a laundry list of current and former state officials and politicians, including a promised appearance by former Attorney General and failed gubernatorial candidate Ken "the Cooch" Cuccinelli.

Nobody likes to be stuck inside all day during the summer, least of all people whose next several summers could be spent locked up in prison and cut off from the level of boat delivery service they're accustomed to. We bet that one or both McDonnells might be looking wistfully out the window, remembering that time on Cape Cod when Jonnie bought them the $6,000 cognac and put them up at that cozy little inn. Good times.