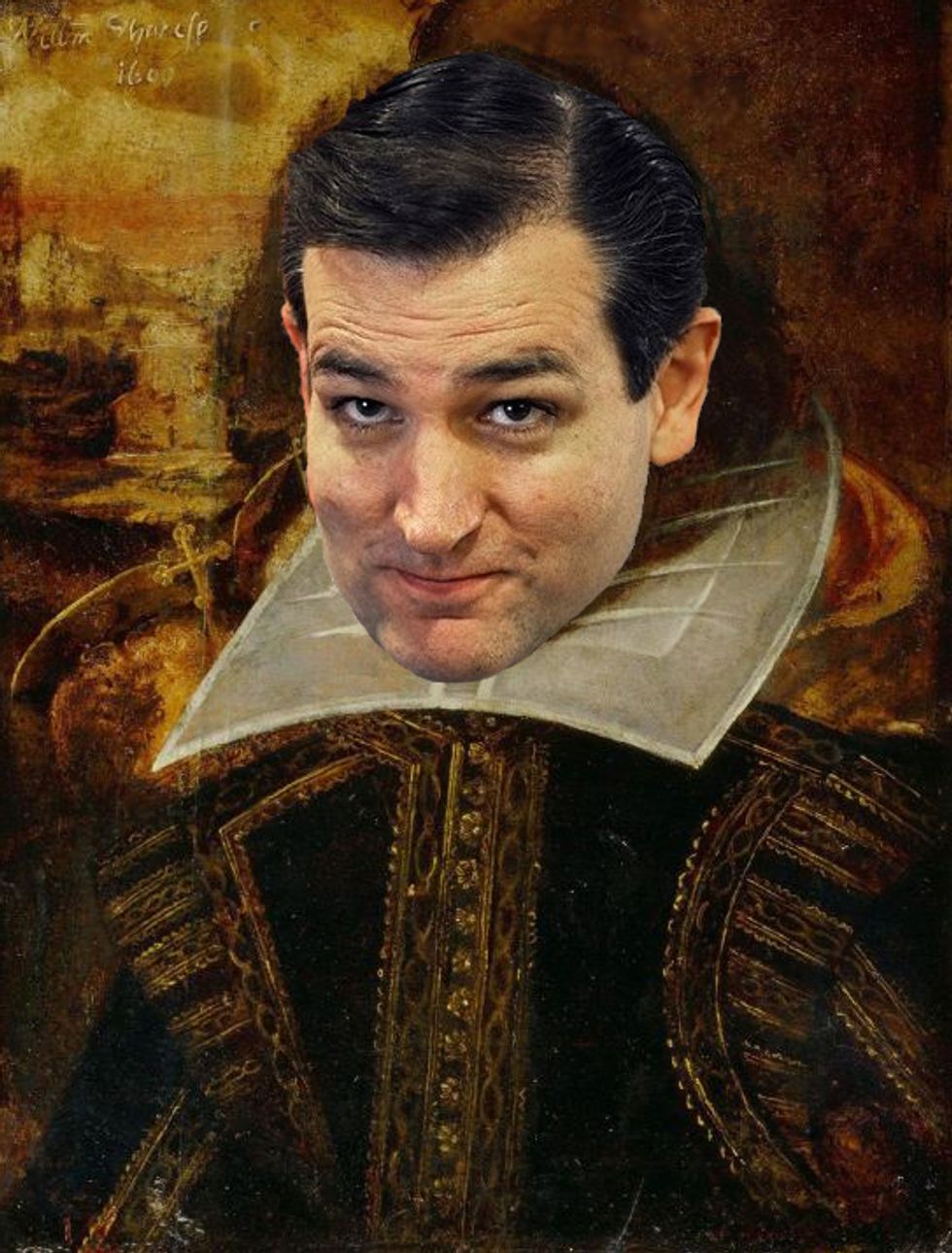 Oh, see how the liberal New York Times is mistreating and suppressing Ted Cruz! Outrageous! Horrors! His publisher sold a bejillion copies of his new book-shaped object, A Time For Truth: Reigniting the Promise of America, but is the Times giving it the place it deserves on the Bestseller list? Obviously it is not, because the New York Times just hates books by conservatives, like Chris Kyle's American Sniper(still on the combined book/ebook list after 72 weeks) or David Brooks's The Road To Character, or Ann Coulter's Adios, America!, (currently #6 and #11 on Hardcover nonfiction).

There is much butthurt over this deliberate omission by the Times, which is clearly trying to hurt Ted Cruz because it hates America. Oh, except that the Times long ago figured out that publishers and political campaigns often try to game the system and buy their way onto the bestseller list by arranging for mass purchases of books. A Times spokesperson, Eileen Murphy, explained in an email exchange with Politico's Dylan Byers that the paper doesn't merely count numbers of units sold -- it tries to base its list on numbers of books being bought by actual readers, not by mass orders:

"We have uniform standards that we apply to our best seller list, which includes an analysis of book sales that goes beyond simply the number of books sold ... This book didn't meet that standard this week."

Asked to specify those standards, Murphy replied: "Our goal is that the list reflect authentic best sellers, so we look at and analyze not just numbers, but patterns of sales for every book" [...]

"In the case of this book, the overwhelming preponderance of evidence was that sales were limited to strategic bulk purchases," she wrote.

At Salon, Scott Eric Kaufmann decodes that marketing-speak for us:

In essence, The Times accused Cruz’s publisher of trying to buy its way onto the bestseller list by having a firm like Result Source hire thousands of people across America to individually purchase a copy of “A Time For Truth,” in the hope that some of those retailers are on the secret list of booksellers who report their sales to the Times, or that the aggregate purchasers will simply be too high for the Times to ignore.

Hey, remember that time that millions of computers "watched" a Mitch McConnell campaign video? This is a heck of a lot like that, except with book sales. Or maybe it's more like Donald Trump paying people to come to his campaign announcement.

Not surprisingly, there are still a lot of really, really angry conservatives howling about how the mean old Times won't let Cruz or his publisher, Harper Collins, buy their way onto the bestseller list:

Kaufmann isn't especially impressed by the cries of "unfair!" -- after all, even with the Times applying the same filters to keep "strategic bulk sales" off the list, Sarah Palin and Mitt Romney both managed to have bestsellers. So maybe cheating is OK if a Republican does it?

Kaufmann adds that what really should bother Cruz supporters isn't that the Times refused to let him game the system -- maybe they should be worried that he had to cheat to sell twice as many books as Marco Rubio has legitimately sold to people who presumably want to read Rubio's book.

Funny thing how some Republicans have to pay people to get them to show up, while Bernie Sanders keeps having to hire bigger halls to hold the crowds for his rallies. Oh, but we keep forgetting -- they're all paid to show up by George Soros.