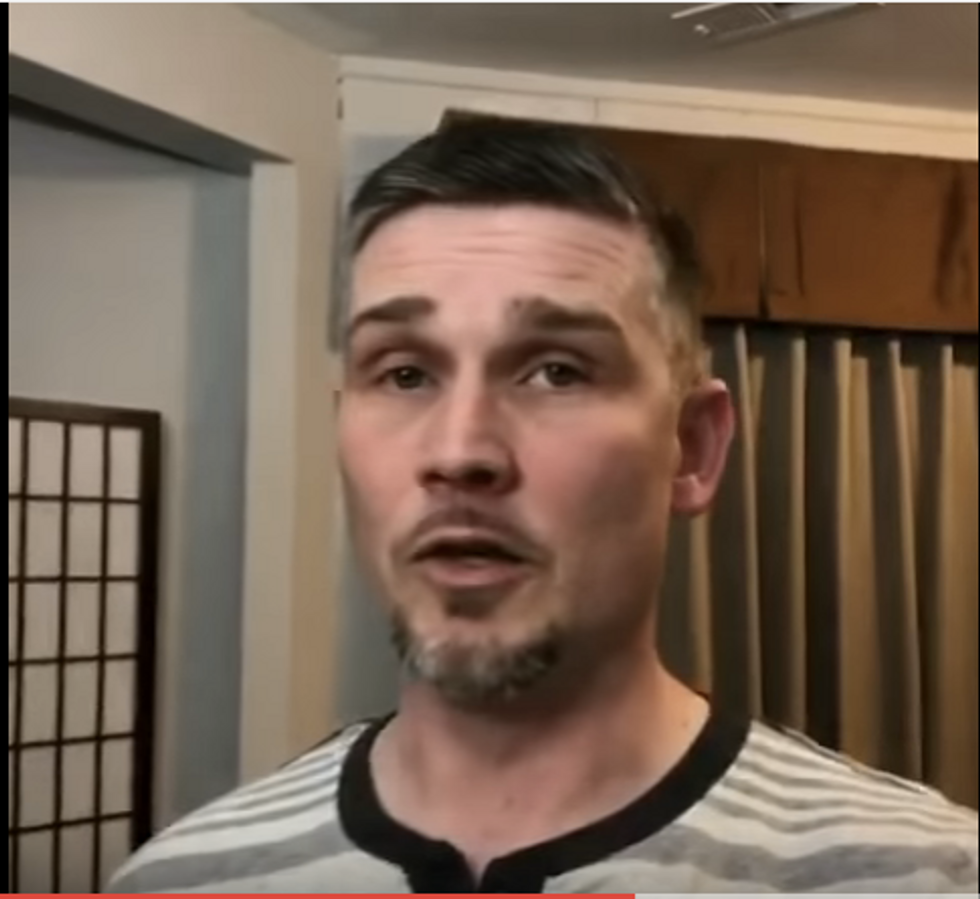 Pastor Greg Locke of the Global Vision Bible Church in Mt. Juliet, Tennessee, is mad as hell and he is not going to take it anymore.

Back in January, Pastor Greg recorded a video about how he was very mad about the Women's March and how they shouldn't even be able to call it a Women's March because it was really a Planned Parenthood March and Planned Parenthood is bad, and also Madonna is bad, and it shouldn't even have been allowed to happen in the first place! Because liberals should not be allowed to complain that Donald Trump is President, and should instead pray for him and think he is great. Or something.

And everyone laughed and laughed because he was stupid, and one woman even chose to take it upon herself to donate to Planned Parenthood in Pastor Greg's name. And now? Now he is miffed.

"So today in the mail I got a very shocking and very interesting card. It came from Planned Parenthood, which is a very strange organization to be sending me anything at all because everyone knows my very bold and biblical stand against them," Locke said last Tuesday.

"But here's what's interesting. Here's what the card said. 'Dear Greg Locke. Planned Parenthood Federation of America is pleased to let you know that a generous and thoughtful donation has been made in your honor by' and then apparently the hater's name was Christa Ginsberg in Houston, Texas. And it doesn't say how much it was and then sincerely, you know, the Richards lady that runs Planned Parenthood," he said.

I don't know though. I'm not sure he's all that sincere. I think he's just being modest, and is secretly hoping that many, many people actually will donate to the Planned Parenthood of Middle and Eastern Tennessee in his name, and make sure the cards are forwarded to this address here:

He may throw the cards out, but what he can never throw out is all the money that he has inspired others to give in support of reproductive rights. Let him know he's made a difference!