Juan Williams Fired For Admitting He Is Afraid of Flying Muslims 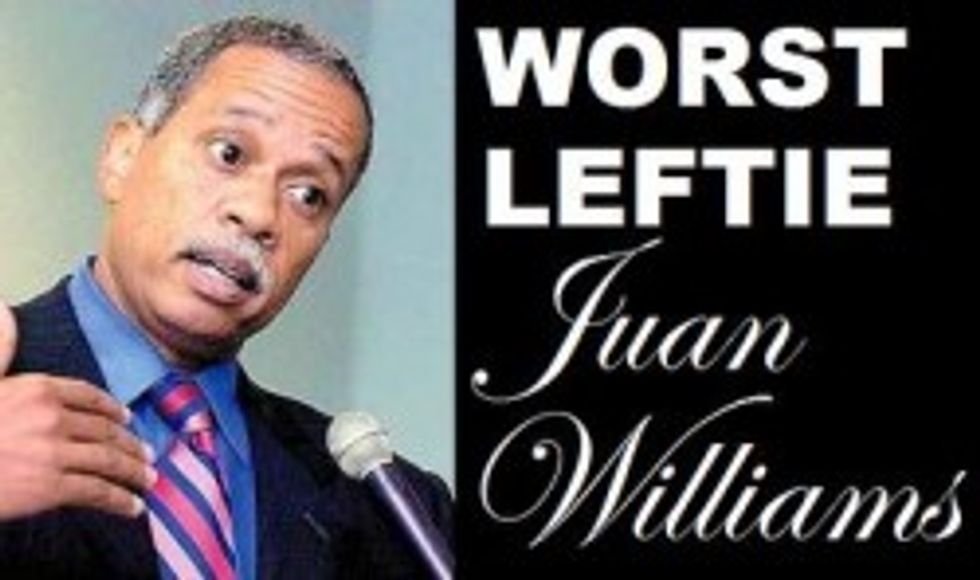 NPR contributor and only-black-person-on-Fox-News Juan Williams was fired for saying racist things about Muslims during a friendly "teevee bull session" with Bill O'Reilly. Geezus, what did Juansay? He said that when he is on an airplane and sees a Muslim he gets nervous. (There's nothing wrong with being a bit startled when you look up at the clouds and see Muslims flying around.) Anyway, Rick Sanchez proved to America that the liberal media is controlled by scheming Jews, but NPR is the exception: National Public Radio is run by flying Muslims. You're fired Juan Williams, goodbye!

Let's examine the full blockquote, and then maybe take it out of context:

"I mean, look, Bill, I'm not a bigot. You know the kind of books I've written about the civil rights movement in this country," he said. "But when I get on a plane, I got to tell you, if I see people who are in Muslim garb and I think, you know, they're identifying themselves first and foremost as Muslims, I get worried. I get nervous."

"I mean, look, Bill, I'm not a bigot, but." Oh dear. Does Juan Williams realize that white people get nervous when they see him and other non-white people, and not just when they are on an airplane? (White people sometimes encounter black people when they are driving their Segways to Whole Foods, or when they are shopping for condos. This makes them very nervous.)