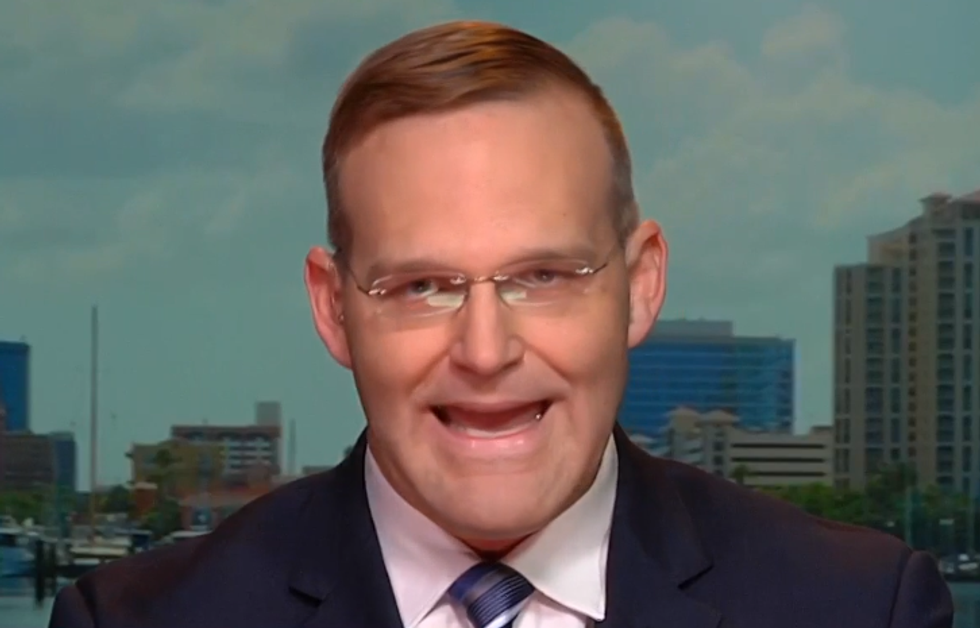 He'll let you call him Daddy.

Y'all, please shake hands with Trenton Garmon. He's Roy Moore's Bible-humpin' brain-thinkin' lawyer, and he went on the MSNBC program "Velshi & Ruhle" to get his ass kicked to death, because that is what happens when total fucking idiots submit to interviews with very smart people Ali Velshi and Stephanie Ruhle. (Remember when Trump idiot "Brad" went on their show and he got humiliated trying to mansplain "economy" to Velshi and Ruhle, who between them have about 50 years of experience in finance and economic reporting? Go back and watch it for a laugh!)

The big headline coming out of this interview is that Garmon said Ali Velshi, a Canadian person raised in Toronto who was born in Nairobi, Kenya, should understand why Roy Moore would yearn to stick his penis in children (ALLEGEDLY), because of his "background." CRACKER SAY WHAT? Do not try to take your Christian fundamentalist religious beliefs about how child abuse is awesome and stick them on Ali Velshi, you retrograde fucking mason jar full of incestuous squirrel shit!

Here's a quick transcript and video of that, then we'll share you more goodies from the interview below!

Lol: Moore Lawyer to Ali Velshi: They have child marriage where you're from (Canada), right? pic.twitter.com/hGF588dIR7