Meet This One Christian Baker Who's NOT A Dick To Gay People! 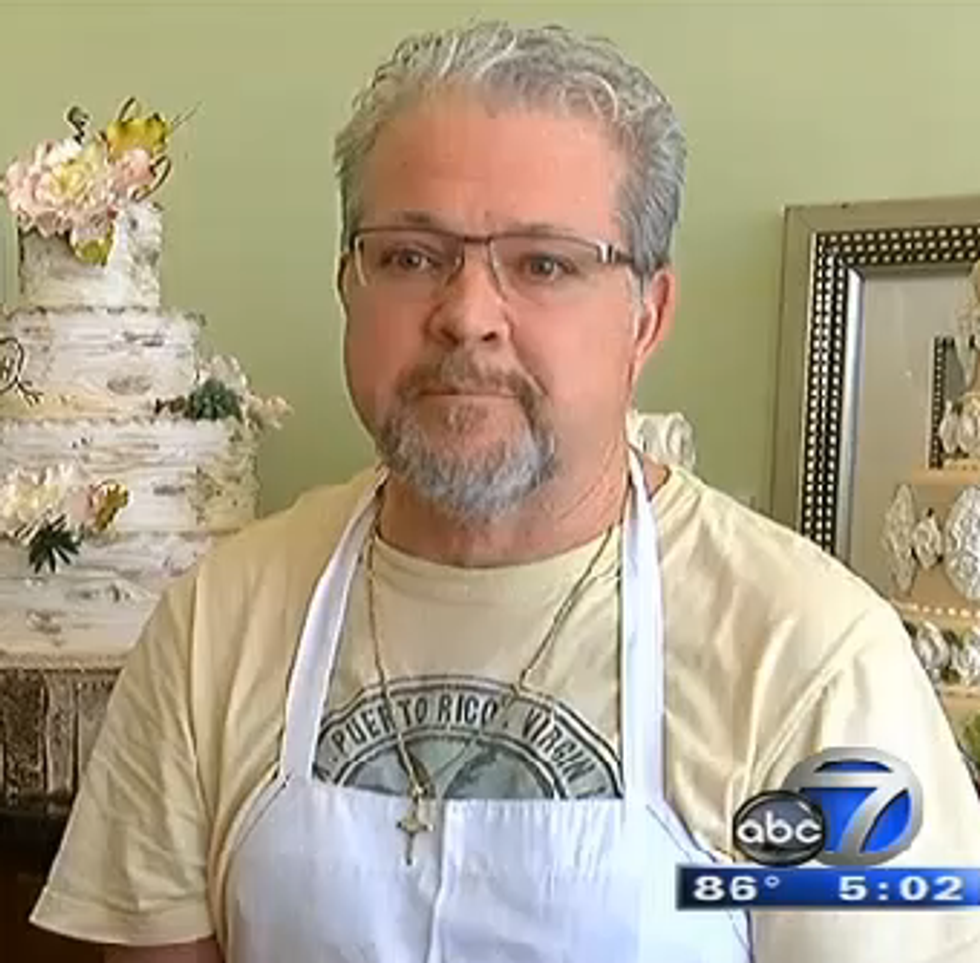 Being a fundamentalist Christian who owns a cake-baking business or works for the government as the county clerk is SO hard. You have to get up each and every day and go to work and abide by super-unfair laws that say you don't get to discriminate against people of whatever races, religions or sexualities you think your gross fucked-up God wants you to hate. And they won't even let you bring a note from Jesus that says, "Please excuse my asshole follower from doing her job, due to she is a big asshole."

OK, so we know the struggle, and that the struggle is real. We don't know what to make of the story of Ron Zammit, a Christian cake baker in Sarasota, Florida, who believes in "traditional" marriage. But get this! Not only does he bake penis cakes for lesbians (or whatever they ask for, pfffffft, lesbians), but he says if the gays are getting married, TO OTHER GAYS, that's fine with him because he likes it when people are happy. Has this man ever met Jesus? Because see, Kim Davis and those Sweet Cakes By Melissa people can explain that the Jesus they worship is a real fuckin' cock who sends people to hell for being nice to gays. Isn't Zammit worried Dickface Jesus is going to send him to hell?

"I don't believe that I should judge them for being gay as well as judging someone for being a certain religion. That's not for me to do," says the owner of Cakes by Ron.

For 27 years, the only change for Zammit's business was people's taste in wedding cakes. Since same-sex marriage became legal in January, he estimates serving between 20 and 30 gay couples.

"It doesn't bother me one bit or another," says Zammit. "It's a wedding cake, and if they feel like they love each other and want to get married, more power to them."

Gosh, he's acting like this is no big deal. Does he not know how Christianity has been criminalized and he's probably going to be rounded up and LITERALLY HOLOCAUSTED very soon?

What more does he have to say about this God-And-Jesus fellow he worships?

"As Christians, I think that we should be kind-hearted and show the love of God to people, not to be judging what they're doing," he says.

So MAYBE it's not that any form of Christianity is getting criminalized per se. The "faith" of people like Bobby Jindal,Mike Huckabee and Kim Davis is completely legal, it's just that they're not allowed to use that "faith" to trample on other people's rights. Finally. They and their forebears have done so for much of American history (see: slavery, bans on interracial marriage, etc.), but America is finally saying "no more" and putting these fundamentalist fucksticks on the level they belonged in the first place, which is The Same Level As Everyone Else.

Meanwhile, normal Christians like Ron Zammit are living as happily and freely as they always did, and nobody is taking away their right to believe what they want to believe, and nobody is putting them in jail, and nobody is fining them, and everything's just hunky dory. Guess there's no War On Christianity after all.

[WWSB ABC 7 via The Friendly Atheist]