Megan McArdle Proposes The Worst Solution To Anything Ever 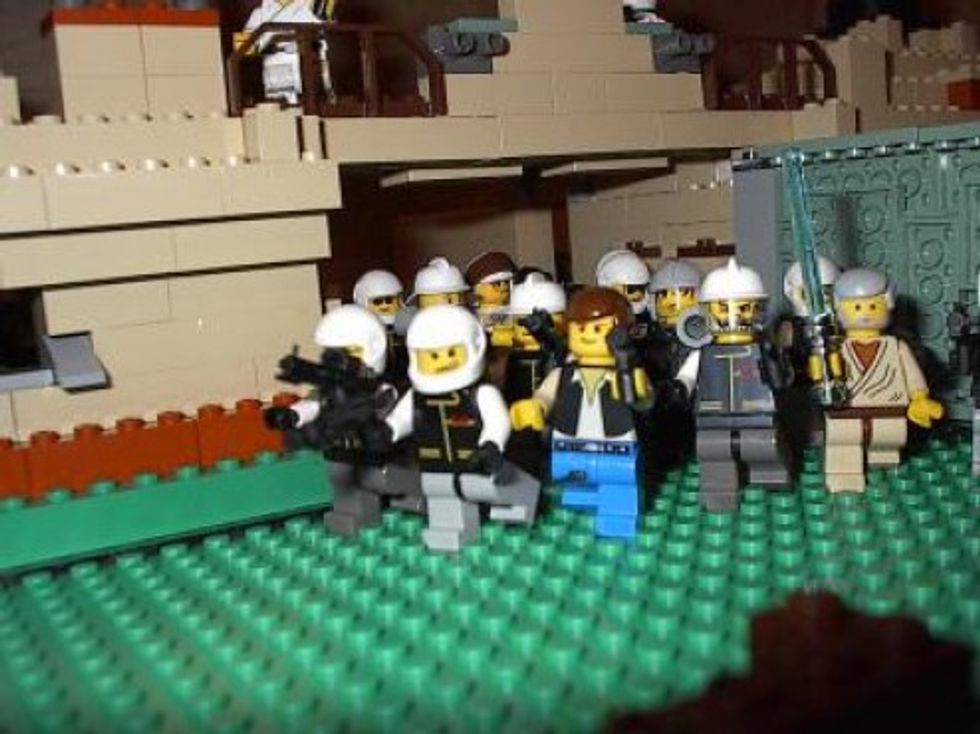 In the wake of Friday's horrific shooting, we've seen lots of suggestions on how to cope, how to move forward, and how to think about guns. We had predictably terrible people say predictably terrible things about how if there wereonly armed teachers, none of this would have happened. We had gun lobbyists showing up on your teevee to tell you that now is the time to be prepared to take up arms against your government.  Yr Wonkette got into the act with not-horrible-actually-quite-necessary think pieces on mental illness and how it is really fucking time to talk about guns and gun control. As thoughtful as we have been, and as awful as the usual suspects have been, it falls to Megan McArdle, now writing at the Daily Beast, to take things to an almost incomprehensible level of stupid. At the very end of approximately one million words where she says the only way to stop the kind of horror perpetrated at Newtown would be to ban all guns, but that we cannot ban all guns, she offers the only possible solution:

I'd also like us to encourage people to gang rush shooters, rather than following their instincts to hide; if we drilled it into young people that the correct thing to do is for everyone to instantly run at the guy with the gun, these sorts of mass shootings would be less deadly, because even a guy with a very powerful weapon can be brought down by 8-12 unarmed bodies piling on him at once.  Would it work?  Would people do it?  I have no idea; all I can say is that both these things would be more effective than banning rifles with pistol grips.

Yr Wonkette can state quite categorically that we have NEVER said something this stupid, and we posted that awful, stupid, terrible thing about Trig. In fact, we're not sure we've ever met anyone that has suggested something this stupid. In the wake of 20 dead kids...scratch that. In the wake of 20 TINY dead kids - aren't first graders like 4 feet tall, tops? - McMegan suggested that piling on a guy armed with a semi-automatic rifle and body armor would be a more effective anti-mass-murder strategy than banning certain types of weapons.  Let us restate that: MCMEGAN SUGGESTED LITTLE TINY CHILDREN PILE UPON A MASSIVELY ARMED ADULT SHOOTER AND THAT MAY OR MAY NOT BE SUCCESSFUL BUT IT WOULD BE MORE EFFECTIVE THAN BANNING RIFLES WITH PISTOL GRIPS!

Don't get us wrong. We are fluent in wingnut, libertarian, and opportunistic centrist, so we know full well that McMegan left herself some wiggle room to assert she wasn't talking about this past shooting, which involved TINY LITTLE KIDS. No, we're sure she can tell us she meant some hypothetical future shooting of burly yet lithe football players, or warriors, or ninjas, or something. People much, much more qualified to tackle heavily armed and armored people bent on a killing spree.

Yr Wonkette would like to encourage Ms. McArdle to gang rush a six-lane freeway as soon as possible in order to stop the wretched traffic of the Beltway. Would it work? Would she do it? We have no idea; all we can say is that both these things would be more effective than banning Megan McArdle.