Megyn Kelly Talked About Starbucks And Race. It Went GREAT! 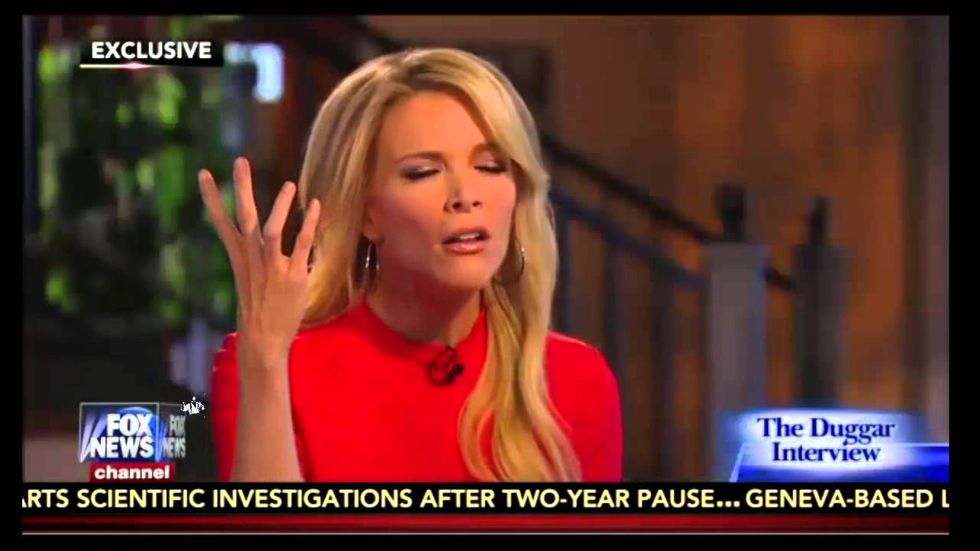 This is my EMPATHY FACE!

You can take the blonde out of Fox, but you can't take the Fox out of the blonde. Here's Megyn Kelly wondering if rich, white ladies like herself will be going back to Starbucks now that it's going to quit arresting those icky homeless people for the crime of existing in Privilege Land.

For the paying customers who go in with their kids, do you really want to deal with a mass of homeless people or whoever is in there — could be drug addicted, you don’t know when you’re there with your kids paying for the services of the place.

How you livin' Andy Lack? Still feeling good about your decision to dump Tamron Hall and Al Roker and give their salaries to Fox's meanest Mean Girl?

Because Megyn Kelly is so good at talking about race, the producers set up a segment discussing last month's viral video of police arresting a group of black men for sitting in the chairs at Starbucks before they'd ordered any coffee. They were waiting for a friend like normal people with manners. Or as Megyn Kelly put it,

You know there was this dust up not long ago. Two African-American men came into a Starbucks in Philadelphia. And you're supposed to buy something there if you want to sit in a Starbucks or use the restroom. And they didn't.

Are we pretending those "two African-American men" were homeless dudes who never intended to order anything?

All right, they didn't buy anything. But was it really cause for calling the cops?

WE ARE! And congratulations, Megyn, for turning a conversation about racial bias into a chance to crap on the poor. Girlfriend works hard to earn that Red Scrunchie, today and every day!

Jenna Bush Hager pointed out that there aren't that many spaces for homeless people to take shelter during the day. So maybe don't be an asshole!

I see the other side of it. I think some of these people don't have places to go... Of course it's not a solution, but it's also compassionate.

The entire audience applauded, which was Megyn's cue to swoop in and let them all know that she does not want to look at those people while she's sipping her pumpkin spice latte and pretending that six dollar milkshake she just bought her kid is some kind of coffee beverage. Because Megyn is A PROFESSIONAL.

I feel like there are places. Like in New York City, they're pretty good about providing churches for the homeless to go and get meals and so on. And there's a question about whether a commercial establishment is that place.

Yeah, Kevin Johnson! Have you, the CEO of Starbucks, considered Megyn Kelly's expert opinion that it's wrong to let poor people come inside out of the rain without forking over five bucks for a mocha latte? And while she's dispensing #WISDOM, Kelly is also worried that Starbucks' implicit bias training is bad. Not because she supports racism, perish the thought! But you see, they've hired that rap fellow Common. And years ago he said some homophobic and misogynistic lyrics. Ipso facto, NO BIAS! NO BIAS! COMMON IS THE BIAS!

I’m just saying, you know, if we’re going to hold up somebody as an example to teach on bias, maybe we should be sensitive to that person’s entire record.

Anyway! Great job, NBC. Your ratings are down 18 percent, your costs are up, and you're saddled with a morning host who is literally incapable of being nice. This is all going to turn around any second now ... any second.

Please click here to fund us! We tried to get NBC to dump some cash on us, but we weren't mean enough to make the cut. SAD.