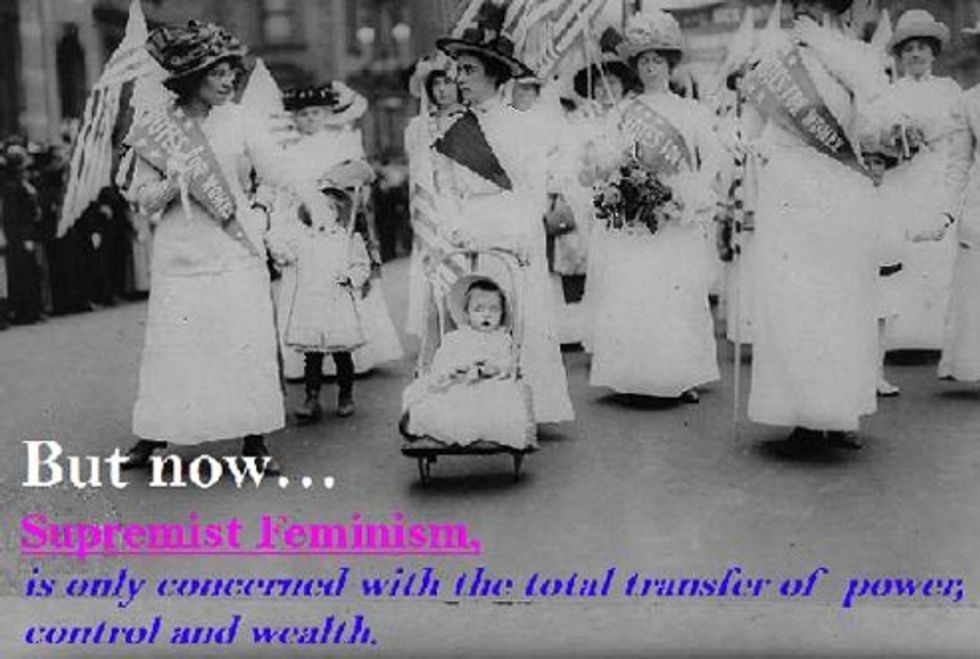 The GOP-sponsored House version of the Violence Against Women Act reauthorization has finally gotten the endorsement of the constituency it needed to bring out the richness of its full nut flavor: paranoid men's rights activists. The National Coalition for Men, whose website features the delightful Microsoft Office-based editorial artwork pictured above, wrote a letter in support of the House GOP's efforts to restrain Supremist Feminist demon monsters in their mad quest for world annihilation, by weakening protections for victims of domestic violence. The Democrat-backed Senate version, you see, is much too busy "empowering false accusers at the expense of true victims," men.

The White House has promised to veto the House version because:

H.R. 4970 allows abusers to be notified when a victim files a VAWA self-petition for relief, and it eliminates the path to citizenship for U visa holders – victims of serious crimes such as torture, rape, and domestic violence – who are cooperating with law enforcement in the investigation or prosecution of these crimes. These proposals senselessly remove existing legal protections, undermine VAWA's core purpose of protecting victims of sexual assault and domestic violence, frustrate important law enforcement objectives, and jeopardize victims by placing them directly in harm's way.

Suckers! Do they even know what women are up to? NCFM has gotten hold of some of their top secret plans and bravely posted them to their website, as a public warning, save yourselves now:

The women’s movement, relatively speaking, has it all and they continuously clamor for more regardless of the cost; that is, as long as the cost is primarily paid for by transferring $$$’s from men to women. Did you know that the two primary ways women achieve wealth are inheritance and divorce? All branches of government pay a significant number of women advocates hefty salaries to do not much more than go to meetings to figure out how to get more money for women. They call it work.

This is all you need to know about this group. We were going to try to pick apart the letter they wrote in support of the House version of VAWA, but almost every sentence of it is full of flaming idiocy and all you really need to know is that the Senate's version of the VAWA reauthorization improves on the protections for male victims of domestic and sexual violence. But, you know, women are so "fishy," ha ha. [TPM]