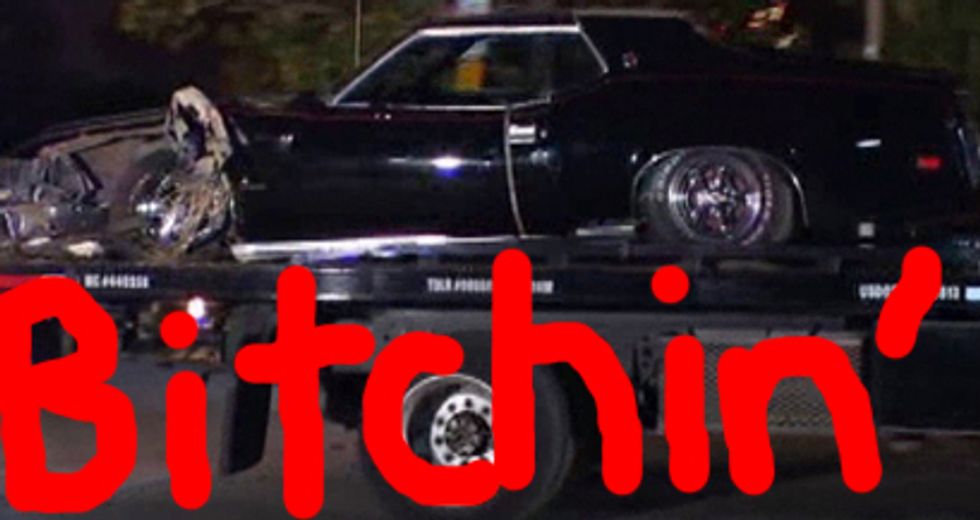 Some guy was showing off his muscle car to his friends in George W. Bush's neighborhood last night and lost control of the car, ending up crashed on the former president's lawn. Sounds like Georgie's got the gang back together.

The man told investigators he ran onto the Bushes' yard when his gas pedal became stuck. [...]

Bush spokesman David Sherzer said the Bushes were home at the time of the incident but were never in danger.

In fact, Bush came outside, high-fived the man, and invited him in for a beer, probably. Or this was all just a historic re-enactment of things Bush used to do as viral marketing for his new presidential library. [NBC DFW]