Michael Brown On Sandy: Why The Big Hurry? It's Only A Hurricane, Not Benghazi 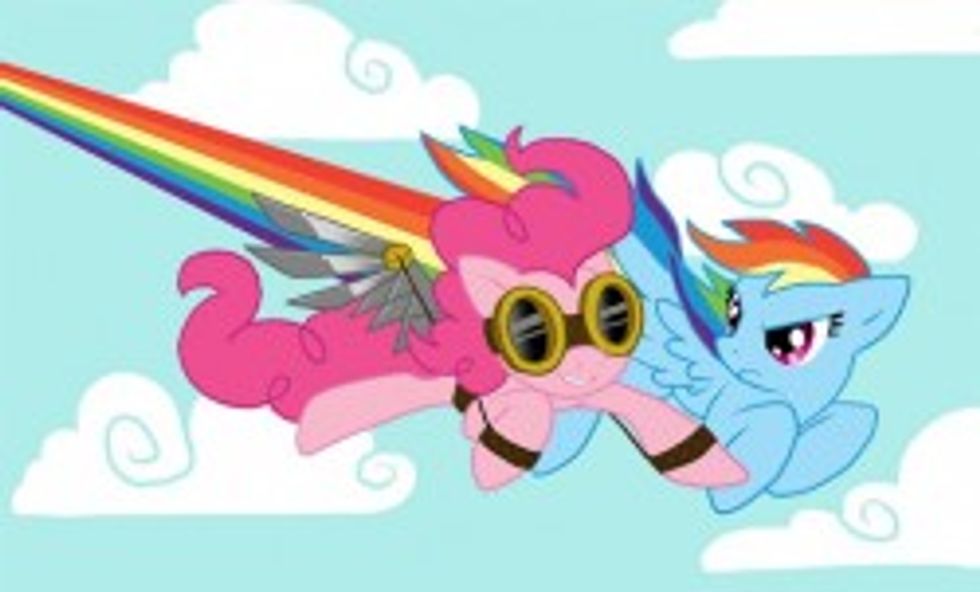 Yes, yes, we know: this story, like so much hurricane wreckage, is starting to grow mold already. But let's pause a moment to give incompetent former FEMA director Michael Brown his due: with his insanely stupid suggestion that the Obama administration was responding too quickly to Hurricane Sandy, he pulled off a fairly adroit bit of political jujitsu. By saying something so comically dickish and painfully ironic that no media outlet could possibly resist "poking the fun" at it, he got the chance to advance the right's maliciously dickish narrative about Obama's supposed mishandling of the attack on the U.S. Consulate in Benghazi.

So sure, he had to endure another round of reminiscences about how badly he and rest of the Bush administration screwed the rescue pooch in handling Hurricane Katrina in 2005. But virtually every story on Brown's remarks also dutifully reported his talking points on Libya:

“One thing he’s gonna be asked is, why did he jump on this so quickly and go back to D.C. so quickly when in … Benghazi, he went to Las Vegas?” Brown says. “Why was this so quick? … At some point, somebody’s going to ask that question … This is like the inverse of Benghazi.”

It's pretty fucking insidious to imply that Obama was somehow over-eager in activating the emergency response for a hurricane, which entails getting FEMA ready to handle a number of fairly predictable kinds of chaos and wreckage, while simultaneously suggesting that Benghazi, a far messier, still-unfolding situation, called for a more aggressive, hands-on reaction, preferably one that involved raining death on some Libyans. (Plus, Obama was shamefully out of touch... while he watched Benghazi in the Situation Room.)

Unlike his handling of Katrina, Brown was remarkably ahead of the game in advancing the right's take on Sandy: acknowledge that, yes, there was a storm of some sort, but let's talk more about Benghazi.

Dubya reputedly hired Brownie for his loyalty to the GOP, not his brilliance in disaster preparedness. Brown's apparent willingness to remind everyone once more of his famous incompetence, for the sake of slipping the Benghazi narrative into mainstream reporting, suggests that he's still capable of doing a heck of a snow job.