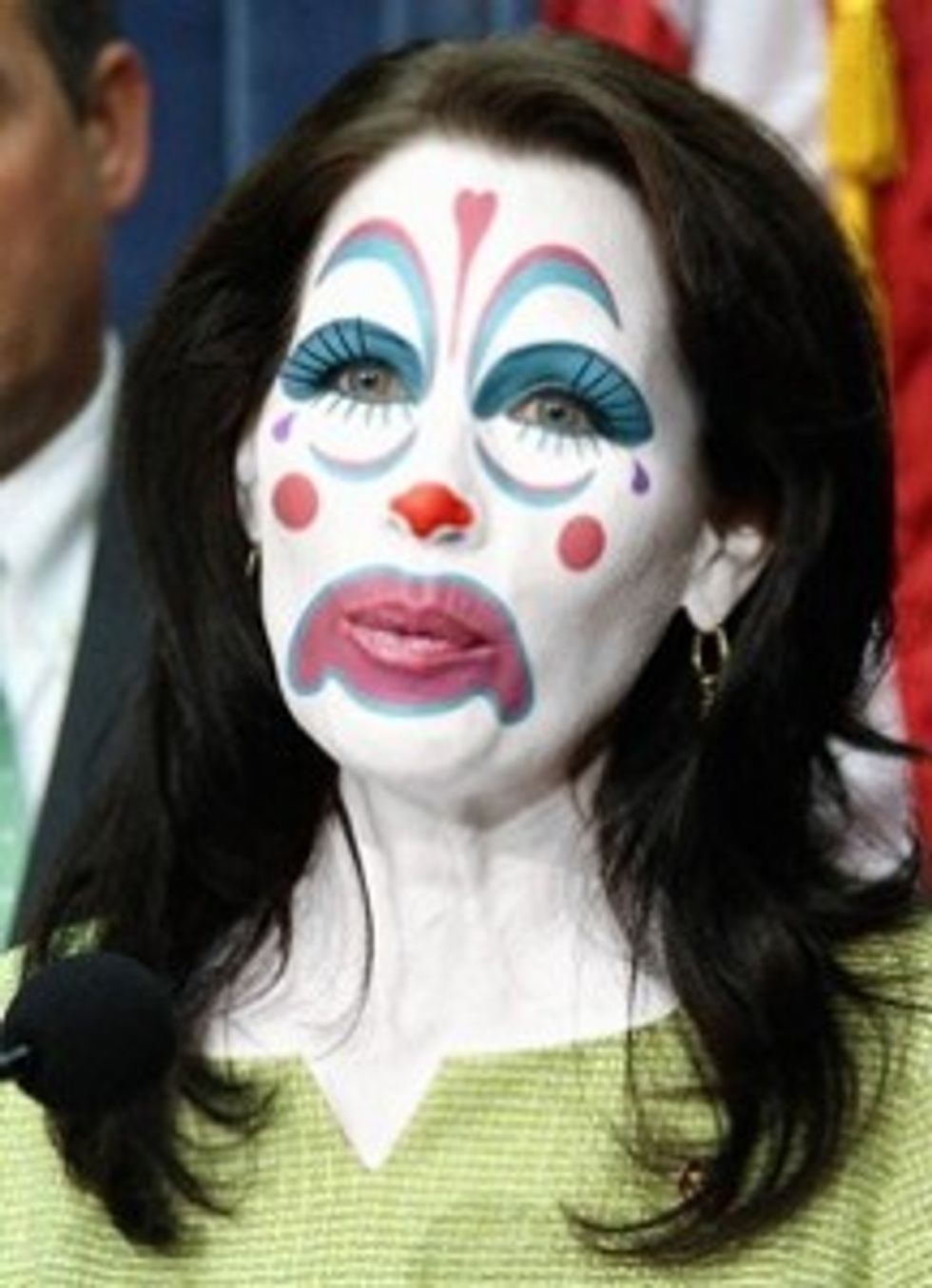 The dimming dollar-store bulb of Michele Bachmann's "energy-efficient fluorescent bulbs are socialist" presidential campaign is down to a stack of leftover informational pamphlets, a couple of desperate spam emails begging for "emergency" money and, uh, some guy who thanked Michele Bachmann for running so that he doesn't have to vote for "next best thing" dead serial killer psychopath Charles Manson for President. This is according to an actual "news report," although we could probably have made this up with much the same result. Sometimes the tragicomedy writes itself!

Bachmann has dropped in the polls [in Iowa,] as she has nationally. Top advisors have left or been forced out. Reports of lackluster fundraising were bolstered by her campaign's plea to supporters last week for "emergency" contributions.

At an event in Cedar Rapids, aides handed out leftover brochures asking for support at the straw poll, more than a month ago. A strong presence in early Republican debates, she was starved of airtime in recent face-offs, to the point that during the last one she interrupted so she could answer another candidate's question.

Recent events have drawn low turnouts. And she continues to make gaffes. On the radio show, a caller told her he would vote for serial killer Charles Manson over President Obama. "Hey, thank you for saying that," she replied.

And just remember, Minnesota voters: Michele Bachmann has not shown up for the last 150 House votes -- making her the most absentee representative behind Gabrielle Giffords -- and is no longer doing the actual work she was hired by voters to do. You are paying a six-figure salary to a lunatic woman who runs around on her feverish hamster wheel to Nowhere talking about serial killers with her demented fans. Yep. [LA Times/ Roll Call]