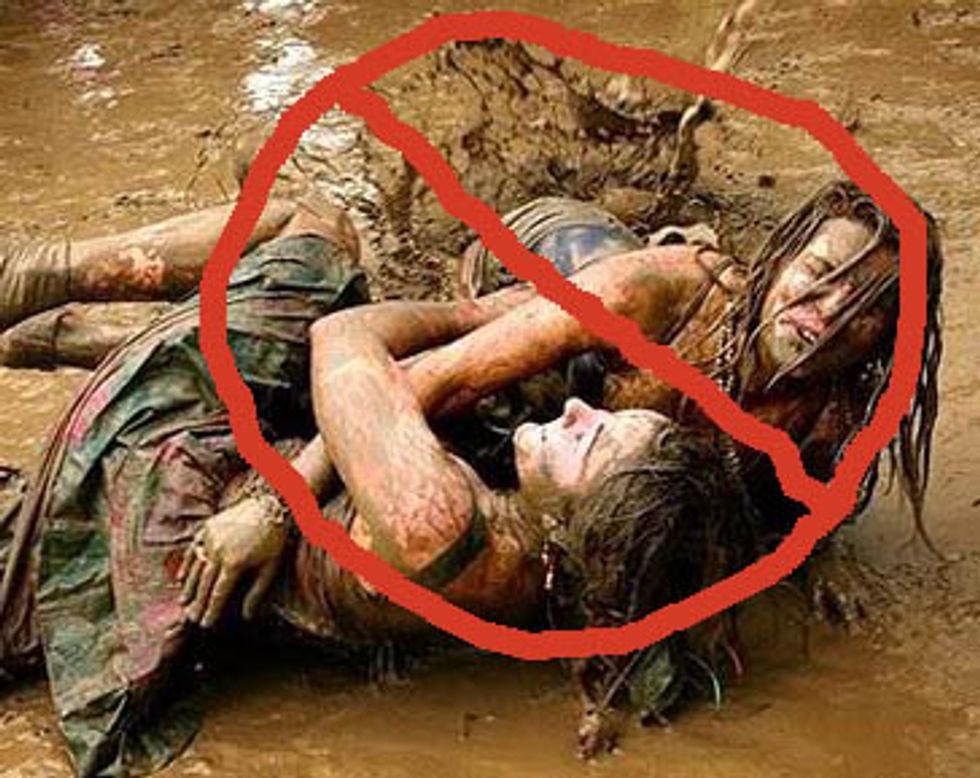 Okayfine, Michele Bachmann, we will go ahead and picture you and Sarah Palin together NOT having a big sexytime mud fight, but only because YOU MADE US DO IT. “They want to see two girls come together and have a mud wrestling fight,” Bachmann said of herself and Palin, out of absolutely nowhere. We are not sure why Michele Bachmann is being sexist against herself? Maybe that is just how two professional, adult women resolve disputes in the Bachmann house? We do not (want to) know. But she has now publicly put that nauseating and tragically satisfying image into the world for every commentator to exploit free of recrimination, forever, since PRECEDENT.

“They want to see two girls come together and have a mud wrestling fight,” the Minnesota congresswoman said. “And I’m not going to give it to ‘em.”

The first question at a morning rally came from a woman who wanted to know if media reports of divisions between the two tea party darlings are true.

She said she has “great respect” for Palin.

America, we give you Michele Bachmann, the first presidential candidate to express "respect" for another female candidate by talking about fighting her in the mud. [Politico]