Michele Bachmann Prays God Will Stop Hillary, Also Make News Slower So She Can Keep Up 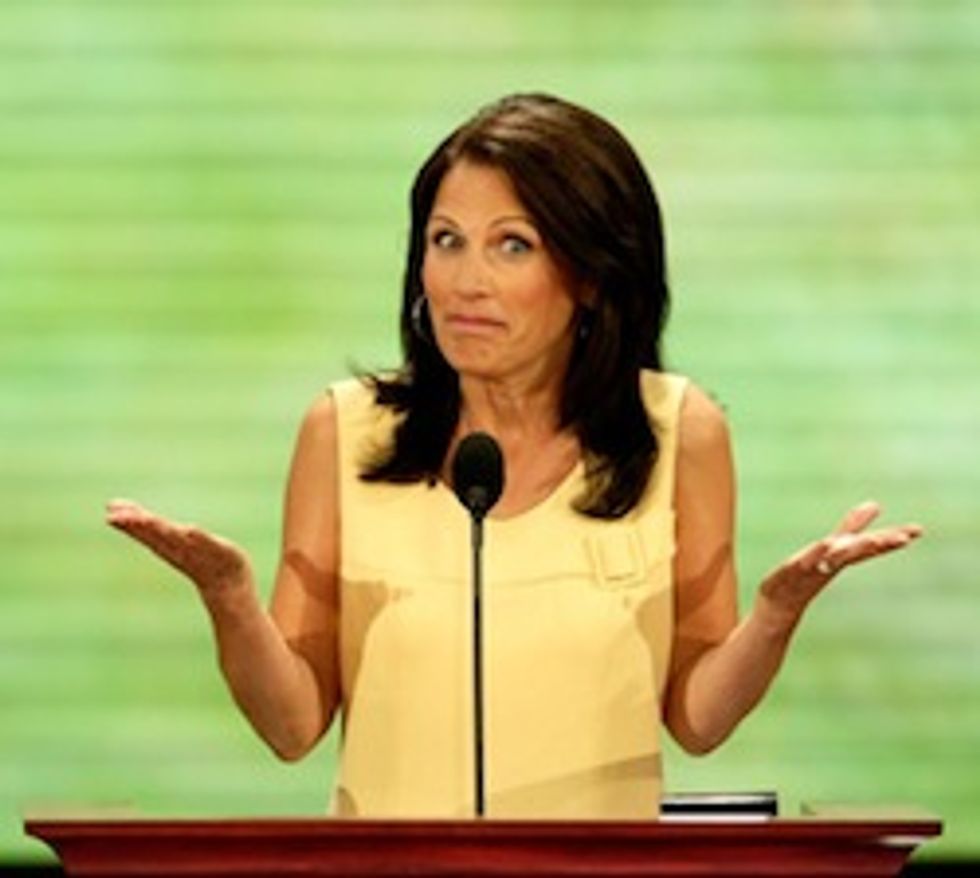 Sure, Republicans, try tostop Hillary Clinton from landsliding straight into the White House in 2016 with your BENGHAZIIIII!1 investimagations if you think that'll help (psst, it won't), but Rep. Michele Bachmann, who is on the House Intelligence Committee because God enjoys irony, has studied the Bible, which is sort of like God's FiveThirtyEight, and she has a much better idea:

Ah, well, we may have no idea what God comma The Lord will do, but Michele knows how to read between the lines, and she's pretty sure the in-between parts say He will not let Hillary become the president of us:

I don’t [worry] at all because I look at the story of David and Goliath, all David needed was one smooth stone to fell the giant. It wasn’t the stone, it wasn’t David, it was the strong right arm of a Holy God.

Of course, Michele might be confused because what with all the Stuff That Happens In The World, it is hard to keep up:

"We are in times that are unprecedented,” Bachmann said. “These are the times of birth pangs, we’re seeing the intensity of age and the speed and rapidity that these events are starting to speed up so fast that we can hardly get our minds about it.”

Oh Lord, (let us cry out) if we repent, will you please stop Hillary and also make the news slower so Michele can get her mind about it? After all, she's just a simple caveman congresslady, and what with the rapidity of speed and all, it is so hard to know what to think about, you know, stuff. Like, okay, obviously the Bible is clear on immigration reform:

“It’s not when times are good, it’s when times are bad when you count your friends. I got to tell you, I’ve been shocked and appalled by the conservatives who have gotten on board this train of amnesty for illegal aliens; I’ve been absolutely floored."

The good book says that is a "political suicide journey," and suicide should be reserved for really important issues like trying to stop Obamacare. But that did not actually work so maybe Obamacare was God's plan all along? Who knows?

Heck, maybe Republicans should just stick to the Benghazi plan. Or repent harder.