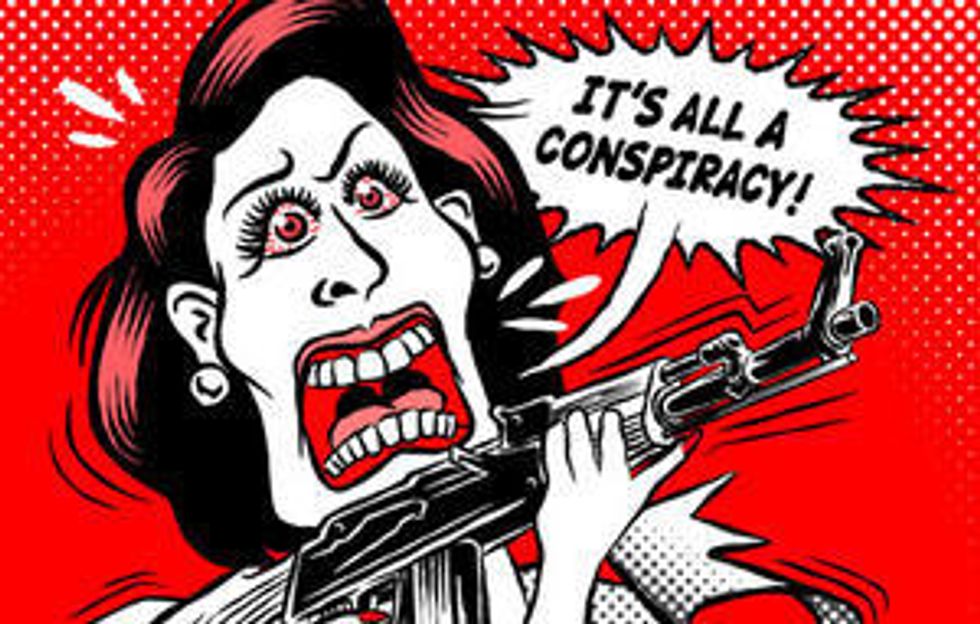 You know those dirty syringes loaded with a terrible cervical cancer-preventing drug cocktail that Rick Perry was sneaking around andchucking basically nonstop at the innocent young ladies of Texas like a mad pervert on a dart-throwing spree, back in 2007? Well, Michele Bachmann has consulted her expert panel of invisible witch doctors just now, thank Jesus, and their findings are pretty much the worst thing imaginable: those injections are making girls retarded. No, really! There's evidence! "Some lady" who may or may not exist approached Michele Bachmann right after the debate last night (this "lady," she has very good political timing, see) and told Michele that the HPV vaccine made her daughter "suffer mental retardation thereafter." SCIENCE LIKE THAT, IT IS IRREFUTABLE. Video after the jump.

Looks like someone has been taking lessons from someone else we know on how to use special needs children as a political prop! [WaPo/YouTube]