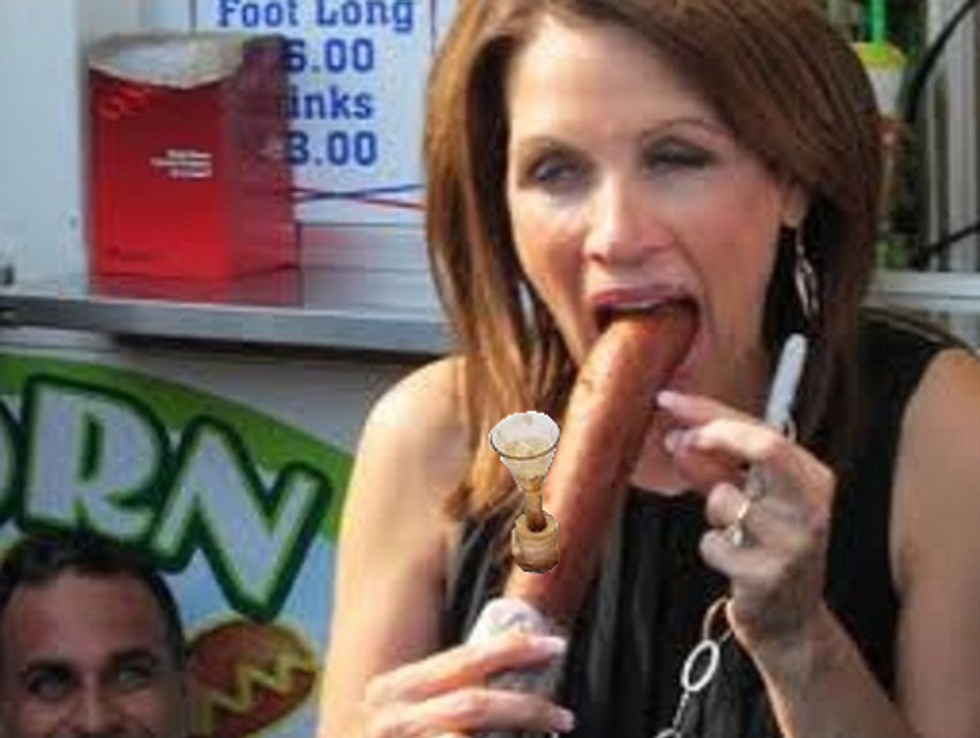 Attention, America! Michele Bachmann has taken a close look at Barack "Tha Ghetto Gangsta" Obama and has figured out what his nefarious plan for America is -- he wants to get us sucking onthe crack pipe of government dependency! And you know how Americans are: once they slip into the "Blue Cross Haze" of a health insurance "fix," any thought of voting for screeching Republican harpies completely disappears. Shelly Bachsplained it all to wingnut clearinghouse WND:

“I think the reason is because President Obama can’t wait to get Americans addicted to the crack cocaine of dependency on more government health care.”

“Because, once they enroll millions of more individual Americans, it will be virtually impossible for us to pull these benefits back from people,” the congresswoman explained.

“All they want to do is buy love from people by giving them massive government subsidies,” Bachmann summed up.

Wouldn't want to do something that turns out to be popular -- that would be bad for freedom. Besides, if financial subsidies motivated hard work, we'd give them to farmers and jerb creators, too, wouldn't we?

Also, don't go thinking that there's anything racist about Bachman's suggestion that the President of the United States is a crack dealer just because he's black. It's no more racist than pointing out that he rides around with his Secret Service posse in a pimped-out armored hoopty.