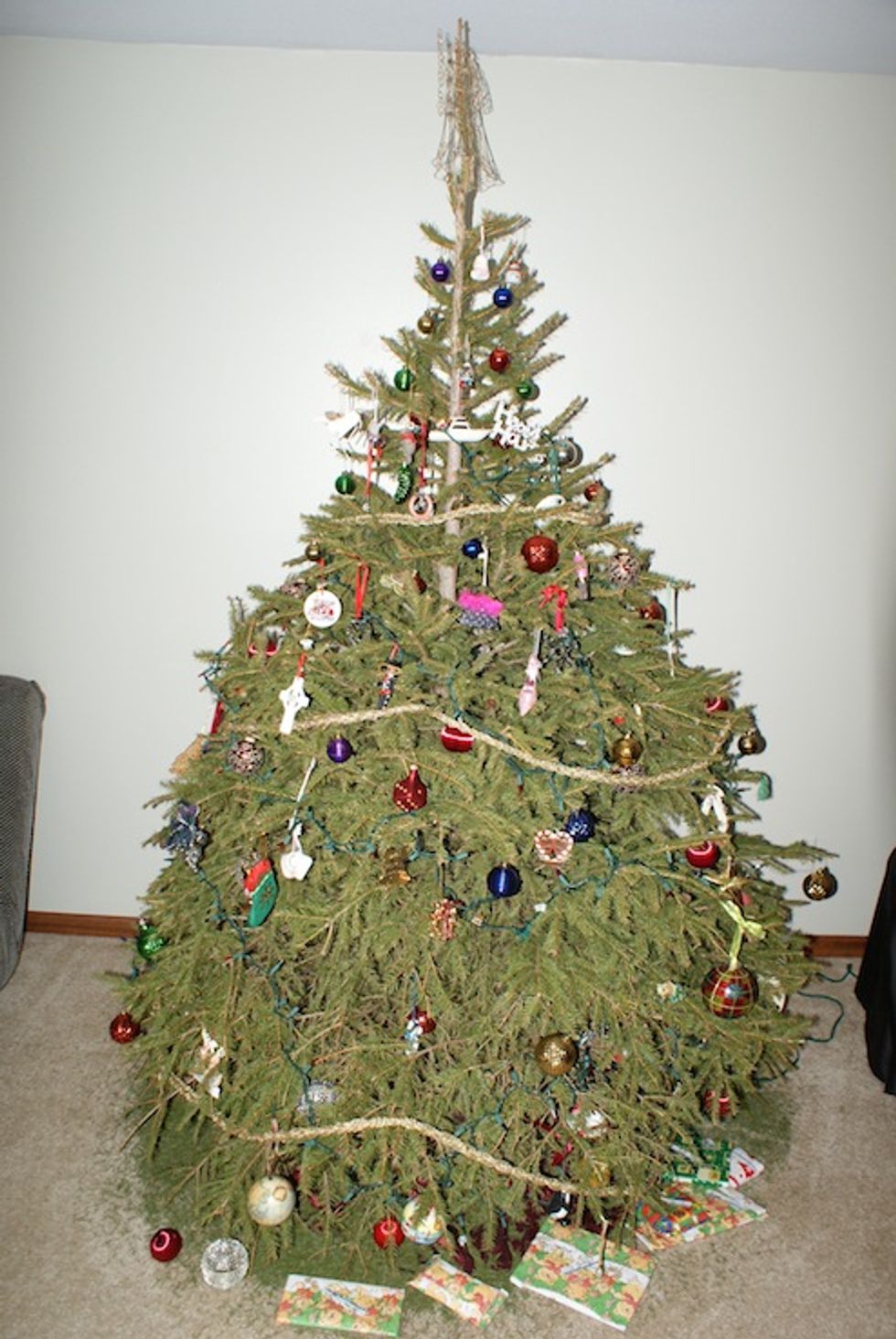 Well, this is very sad. Apparently, History's Greatest Monster Michelle Obama has neither shat upon the face of the smiling Baby Jesus by naming her Christmas trees "holiday African witchdoctor spear missiles" nor covered her Christmas trees inhypodermic needles and Stalin. How, then, is a hack of many talents to take great umbrage with the way the Black Queen decorates for the pagan festival of Yule? We will let hack nonpareil Andrew Malcolm find a way!

Amazing how a reelection can reshape an incumbent's thinking about many things. Now safely ensconced in the White House for 49 more months, the Obamas have decorated the place with 54 Christmas trees this year.

Even allowing for the usual Washington excesses with taxpayer money, that's a whole grove of Christmas trees.

"We have 54 trees in the White House," an excited Michelle Obama proudly told visitors the other day. "54! That’s a lot of trees."

In fact, the Obamas' 54 trees this year are almost 50% more Christmas trees than last year. That was during the campaign before Obama whispered a reminder to the Russians that he had to be careful until Nov. 6, when a victory would give him more "flexibility."

Let's think for a moment what Andrew Malcolm's headline would be if Michelle Obama did not have 54 Christmas trees! On second thought, let's don't.

So, okay, we have a nice reminder that the Obamas are Communists transmitting to Vladimir (duh), an excellent snapshot of Michelle's grotesquely entitled Versailles tastes, anything else, Andrew Malcolm?

Let's see: national debt, too many garlands, something really quite unhinged about Bo ... ah, here it is. THE OBAMAS ARE GOING TO HAWAII AGAIN Y'ALL. There, they will inconvenience the neighbors by going to Barack's home state.

According to notices distributed to residents of an exclusive waterfront neighborhood in Hawaii, they can expect to enjoy restricted access and other inconveniences to their homes and normal lives from Dec. 17 through Jan. 6. That's about a 50% longer holiday vacation than last year.

The estimated costs to taxpayers of this latest vacation foray is in excess of $4 million. The largest single expense is Obama's 747 jet, Air Force One, which runs about $182,000 per flight hour. It's a nine-hour journey, each way, between Washington and Honolulu. That's about $1,638,000 one-way. Their bags fly free.

Why does Barack Nobumer insist on flying to Hawaii like he is the President of America? Something wrong with taking a road trip, President Lazy? You too good to drive your family in a car, to Hawaii? And is Hawaii even in America?

We didn't think so!