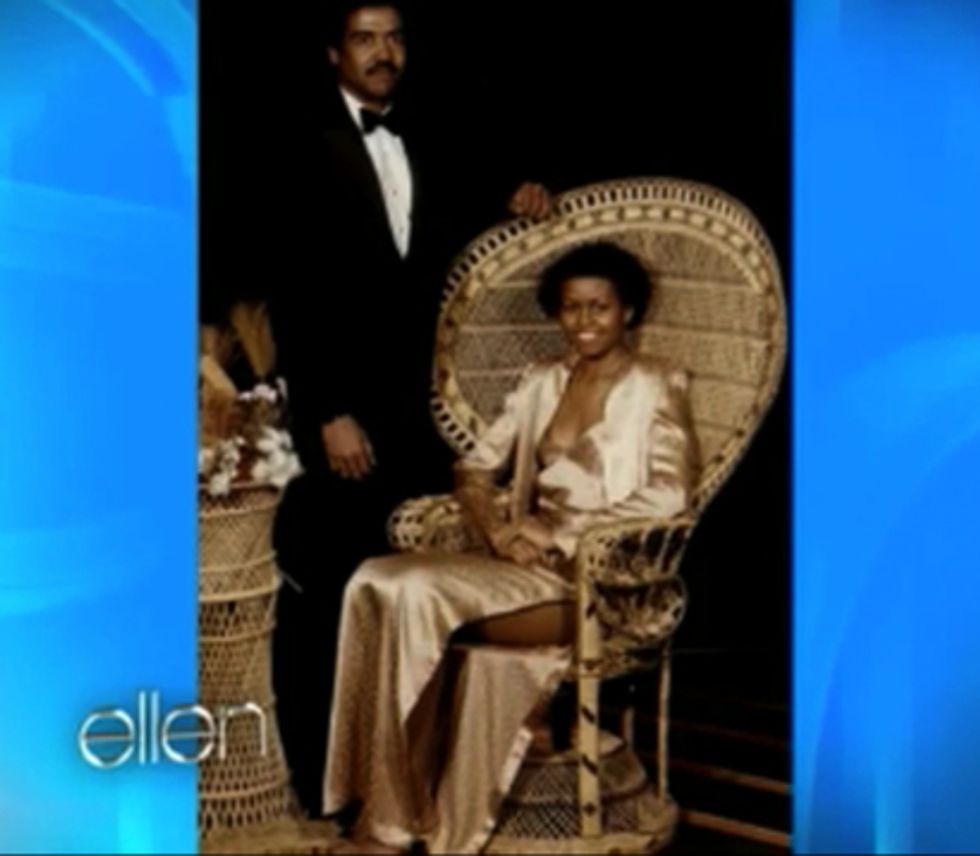 Everything was going great with the women and the men, who stopped fighting against women/each other this weekend just long enough to watch 'Shark Tank' and eat a few hot dogs, but now Michelle Obama has something to say. It is a picture, which as you know can say a lot, especially if the picture is of a lot. It is this, a picture from her high school prom. And in it she looks like a movie star on a trip to India or something. The wicker chair. The prop stylist on this Whitney Young High Prom '81 photo shoot had a gift. The First Lady shared this photo on, WHERE ELSE, blasphemous variety program 'The Ellen DeGeneres Show,' on which a homosexual woman is said by critics to "only encourage" people to be themselves, high dress slits and all.

Yes, THE SLIT in young Obama née Robinson's dress. While Mrs. Obama admits that she doesn't want daughters Malia or Sasha to see this photo (probably too late, those proto-heathens probably love Ellen), totally TOO LATE, the damage has been done, this woman is clearly not fit to mother, have a job, or an unheard-of combination of the two.

Here is the video, which also includes Ellen's prom photo.