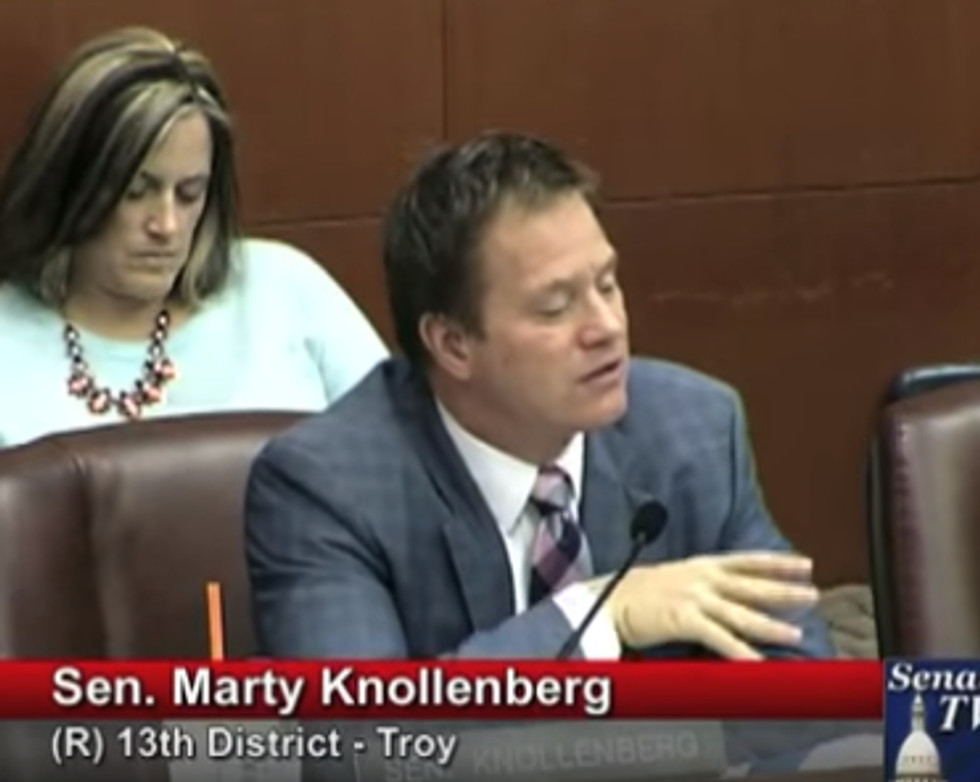 Here is a nice state senator Wonket has never met before! His name is Marty Knollenberg (R-Surprise!), he's a Virgo, he likes long walks on Lake Michigan (probably), and he's real sad about how he can't unblack The Blacks. Here is a thing he said in an education hearing:

You mention why these school districts fail, and you mention economically disadvantaged and non-white population are contributors to that. And we can’t fix that. We can’t make an African-American white. That's just, it is what it is.

Hoo boy, it is what it is, eh? Too bad for all those The Blacks that they can't just be turned into The Whites. That would solve all the problems! To be fair, maybe Sen. Knollenberg wasn't trying to say that AT ALL. Maybe he just doesn't words good, and always accidentally says racism about blacks whenever the subject of blacks comes up. Common mistake! (For racists.)

Anyway, the American Federation of Teachers decided to be all sensitive about it:

"What Sen. Knollenberg said about struggling kids in schools is racist and a major step backwards in improving education for our children. If a child is struggling academically, it is not because of a problem inherent to their race or ethnicity," David Hecker, president of the AFT Michigan chapter, which uploaded a video of the comments, said in a statement. "Research tells us what needs to be done and the absurd thought of changing a child's race has nothing to do with any of it."

But, but, but! You are just taking his words out of context, just like when that Alabama lawmaker dude said he was going to boycott all the quickie marts because the Muslins who run them all fund terrorism. Now, we're not sure precisely HOW Knollenberg's words were taken "out of context," but we'll just have to assume the liberal reporters being mean to him are conveniently omitting the part just before, when he probably said, "Wouldn't it be totally fucking racist if I said the following thing?"

Also he has a black friend:

Knollenberg told WXYZ that his comments were taken out of context, noting that he had an African-American employee...

Oops scratch that, he HIRED a "black friend." So that's nice.

Anyway, he's very sorry you were offended by his racism:

"I can apologize to people who felt that way,” said Knollenberg. “My passion is for improving education and making sure every single child gets a good education. We should not have failing schools anywhere."

OK fine, then next time, don't say things about how it's such a pity we can't make everybody white, that's an idea, how about that?