Michigan Republicans Reach Out To Ladies, Hand Them This One Stupid Photo 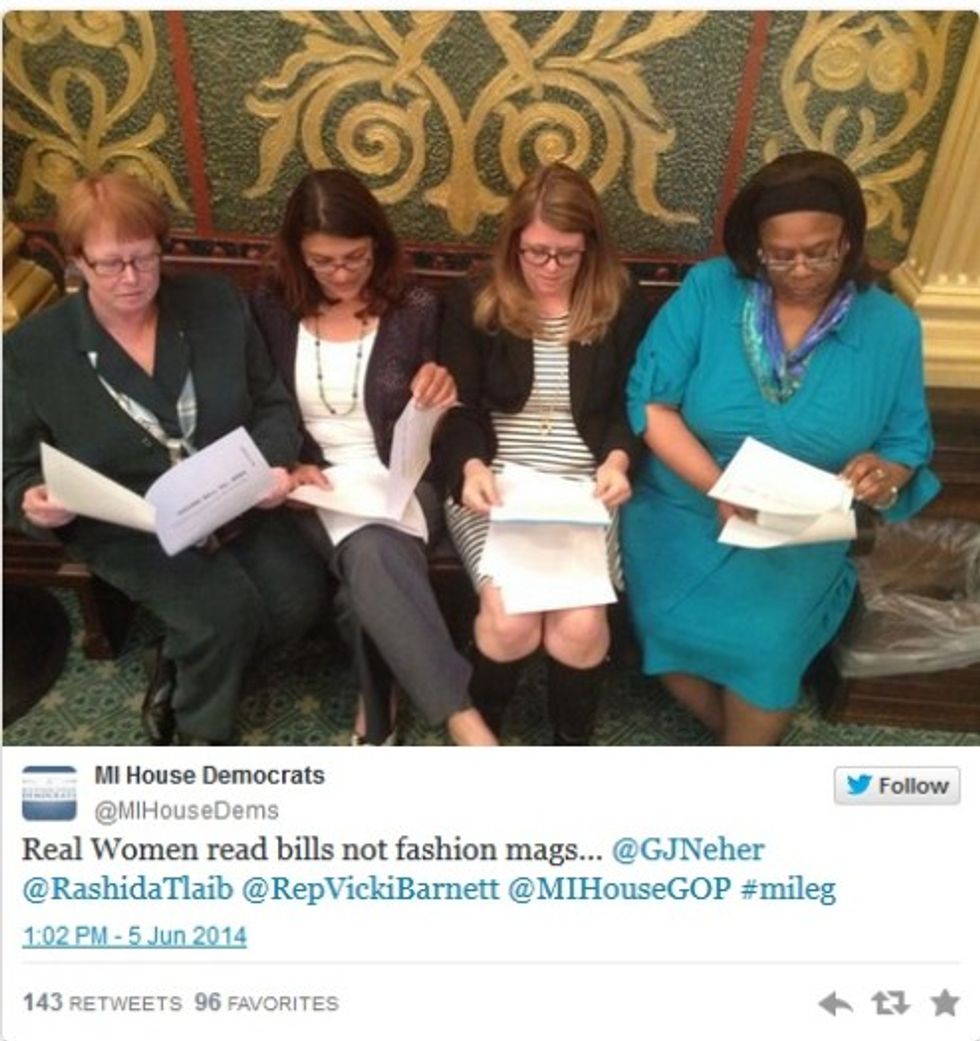 Three irrepressible scamps in the Michigan House singlehandedly ended the War On Women Thursday with a tweeted photo of themselves reading Ladies' Magazines. The picture, snapped by Michigan Public Radio reporter Jake Neher, quoted one of the special snowflakes, state Rep. Pete Pettalia (dude with the mustache in the trio above), who repeated the joke several times to his pals Roger Victory and Ben Glardon, because he understands comedy every bit as well as he understands the ladies.

Rep. Pettalia explained that it was all OK, because the magazines were given to them by an actual woman of his acquaintance:

"During a short break on the House floor, Republican Rep. Gail Haines, a leading advocate on women's issues in the Legislature, gave some of us magazines to read and asked to take our photo with them," Petallia said.

"A member of the media then walked up behind her and snapped another photo. As part of that lighthearted moment, I made an off-the-cuff remark that has since been taken way out of context."

And then Lady Democrats got a bee in their bonnets and took everything out of context, so they stamped their dainty little feet and posted their own pic, almost as if they thought women could be funny too:

Next thing you know they'll be wearing pants and smoking cigars! Women, amirite?