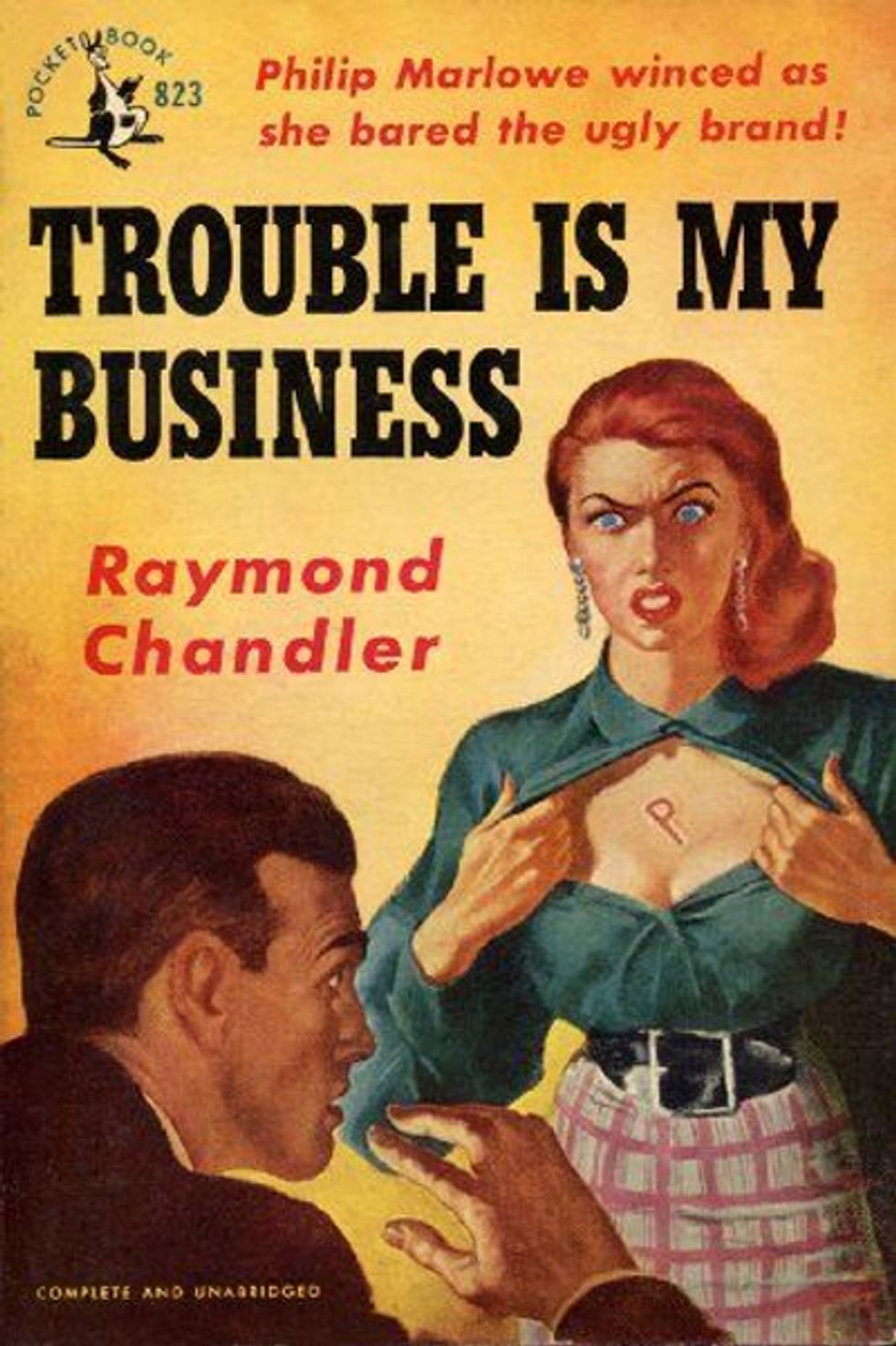 As you might have expected, the twisted stupid saga of Todd Courser, the Michigan state representative who faked a gay-hooker scandal to cover up his genuine heterosex affair with another legislator, state Rep. Cindy Gamrat, and then claimed that he was being blackmailed, has taken another weird turn. A Michigan political blogger says this isn't Courser's first attempt at Nixonian ratfucking: Last year, during an extremely close Republican primary for the 82nd state House district, Courser allegedly faked a smear campaign against himself, claiming that some unknown enemy had distributed fliers accusing him of being a child molester. We're sure Courser, a raving rightwing Tea Party loony who can't go five minutes without invoking his Christian values, should have a heck of a compelling explanation for this accusation too, like maybe a high-level plot against him by the enemies of Jesus.

Courser expressed outrage at the flyers, claimed a police report was filed, and questioned if one of his opponents was responsible. The culprit was never known, and the controversy mostly passed after Courser won the primary. The flyers had a huge potential impact, with Courser only besting local nurse Jan Peabody by about 300 votes-3,477 to 3,126.

Hall said that a "source with intimate knowledge of Courser's operations" confirmed that Courser had printed out the fliers himself and planted them around the district "in a sickening and twisted attempt to bolster his chances at election" by making himself look like a victim of underhanded opponents. Courser posted a dramatic photo of one of the fliers to his Facebook page the week before the election, along with a pained condemnation of how low our political discourse has fallen:

Courser's post is a classic case of calculatedly wounded innocence:

I have committed to running a campaign on the issues that matter for the people of Lapeer County and to move our state forward. I know everyone gets a little out of sorts coming down to the end of a campaign and there are clear campaign issues that need to be fleshed out and worked thru; then there is negative campaigning or character assassination. For the last two weeks Lapeer County voters have been subject to the baseless lies and outright deception from my opponent and her liberal billionaire backers.

And remember, this is in a Republican primary for the Michigan House; his closest opponent in the four-candidate field, with her liberal billionaire backers, was Jan Peabody, a nurse and then-chair of the Lapeer County Republican Party. You almost get the sense that Courser has a flair for hyperbole and drama, huh?

Courser's Facebook post said that he was shocked, shocked at learning of the flier, which "implies that I am some sort of sexual offender":

I was made aware of this and the person that notified my [sic] filed a police report on the matter. This is really regretful that this campaign has descended into clear character assassination. I, sincerely would hope and pray that none of my opponents or any of their supporters where [sic] behind this despicable activity. It just does not fit into civil society.

Gosh, I sure hope none of my opponents did this. Especially not the one with the liberal billionaires backing her! Let's hope the police get to the bottom of it! That would have been rather difficult for the police to accomplish, seeing as how local law enforcement doesn't have any record of such a report, according to Brandon Hall.

I am a political candidate, but am I first and foremost an imperfect follower of Christ, a husband of 17 years, and a father of four. I have been in business in this community since the mid 1990’s and I honestly I [sic] am at a loss for words at the actions of those who want to smear my name. Folks, the best thing you can do is don’t vote for those who want to sling mud and drag people down in the public square.

Why, O Lord, is he so persecuted? The poor dear. Hall also notes that, even at the time, a supporter of Jan Peabody noted in a Facebook comment that the font on the "Do you think Todd Courser is a child molester?" flier was identical to that on official-looking "warnings" that had been pasted on opponents' yard signs; no such "warnings," of course, appeared on Courser's signs.

RawStory notes that in the epic recording of Courser trying to convince aide Ben Graham to help concoct the gay-hooker coverup plot, Courser actually mentions the fliers from the 2014 campaign, telling Graham that the smear email he wants to send to media and legislators should reference the earlier slurs so they'd look like part of a continuous campaign of lies against poor Todd Courser. The email should call Courser a "gun-toting, bible-thumping, c*ck-sucking freak. …. [who] was accused of child molestation." And you wonder why Graham didn't go along with such a cunning plan.

Yr Wonkette is fairly confident that we can't possibly learn anything else about Courser's ambitions to be a penny-ante Karl Rove. After all, how could this story possibly get any stupider? Yeah, we'll probably let you know tomorrow.