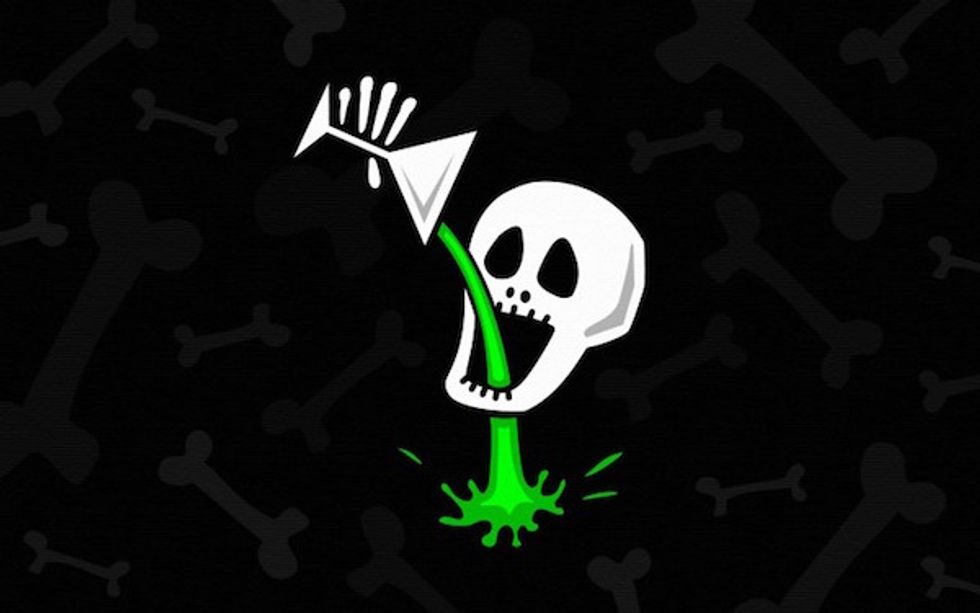 [contextly_sidebar id="eOfHVde4mNZ0W3vJCvlLgZ4c4wetWMgo"]When we first started writing about the water crisis in Flint, Michigan, where it was revealed that people were literally drinking state-sponsored poison in the form of lead-addled water, we did not think the story had much legs, as we say in the news business. Really, how sexxxxy or laughable can municipal water stories be? Except then there was the whole tangle of Gov. Rick Snyder dragging his feet on declaring a state of emergency, because who needs clean water, right? Oooh, and the fact that the feds confirmed they were investigating, which they almost never do. And now things just keep getting worse and worse.

Let's meet the person who tried to sound the alarm on this months ago, only to have the state go "yeah, whatever, we're kinda busy right now."

Michigan's top medical officer admitted to NBC News on Wednesday that an email from a state health worker — raising the alarm about lead poisoning in Flint six months ago — was a "missed opportunity" to attack the crisis that may have sickened thousands of small children.

The epidemiologist identified a spike in kids' lead levels in July, August and September 2014, which was soon after Flint switched water sources to save money. She got the same results when asked to take a broader look at the numbers.

You know, we're not sure we'd describe that as a "missed opportunity." A missed opportunity is when you were going to get tickets for the opening night of Star Wars: The Force Awakens but didn't check until too late and had to go to a Saturday matinee with sticky screaming kids. This is more in the category of "catastrophic fuckup." A handy metric: If you have to call in the fucking National Guard, things are probably pretty bad.

Well, at least we're sure Rick Snyder is good at one thing: asking other people to fix his cockups. Now are you sitting here wondering "oh hey, I wonder if drinking a metric fuckton of poison water for several months would affect anyone in some unexpectedly horrible ways that we haven't thought of yet?" Guess what: Flint is on the way to being your laboratory for horrible retro diseases popping up! Maybe it's those big glasses of lead, maybe not, who can say? But people are dying anyway.

Michigan Department of Health and Human Services officials announced Wednesday that the city and the surrounding area have seen a spike in cases of Legionnaires’ disease — a bacterial infection that can be deadly for between 5 to 30 percent of those who contract it.

So far, 87 cases have been diagnosed since June, two months after Flint changed its water source to the Flint River, the Detroit Free Press reported. Ten of those cases were fatal.

Now, to be fair it is still up in the air about whether the lead-soaked rotting vessels of corrosion that Michigan calls water pipes were a hotbed for that particular disease, but it is a huge spike from the previous year, when there were 13 total. Rick Snyder mumbled something about how it just adds to the tragedy they are facing, which is a delightful piece of passive voice, isn't it? "We are facing a tragedy" makes it sound not-manmade, like the tragedy just wandered up the Great Lakes and chose Michigan, as opposed to being the logical result of decades of corruption and neglect.

Flint, Michigan, is sending out notices to residents who haven't been paying for their city water services. The notices say that services could be cut off if payment isn't received.

Overdue notice. To pay for poison water. That you can't drink.

You know, humans have kind of made a mess of everything. What say we burn it all down, salt the earth, and let the dolphins and the cockroaches have a chance to run the place? Can't be any worse than this.