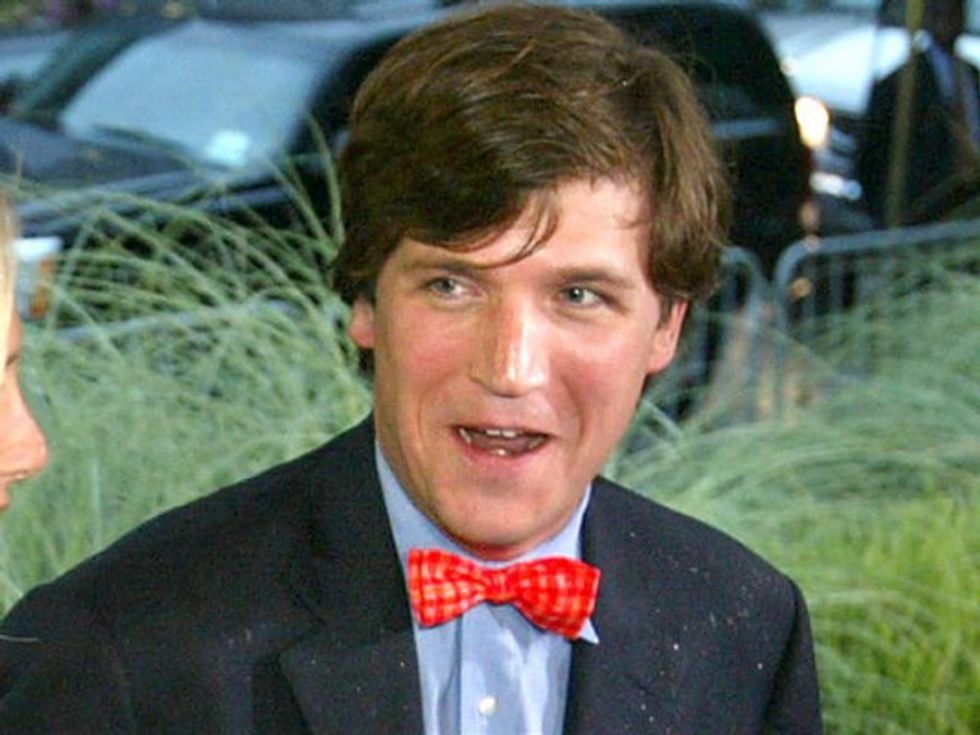 See that up there? That’s what you get when you try to access media-critic blowhard/JournoList exposer/erstwhile Democratic (sorta) Senate candidate Mickey Kaus’ most recent entry for Tucker Carlson’s Home for Gray Matter Anemia, in which he dared criticize Fox News for scaring the olds about ISIS instead of Messicans. The post, we gather from the URL, was called “Fox Makes It Easy for Amnesty,” and we’re sure it was S-M-R-T like all of Mickey Kaus’ work, but we cannot tell you all that much about it because, duh, it’s no longer there.

(Before we proceed, a warning: Literally EVERYONE in this story is an asshole. There are no good guys here. This is the cesspool of conservative “journalism” we are diving into.)

"It's pretty simple," Kaus said in an interview, "I wrote a piece attacking Fox for not being the opposition on immigration and amnesty -- for filling up the airwaves with reports on ISIS and terrorism, and not fulfilling their responsibility of being the opposition on amnesty and immigration.... I posted it at 6:30 in the morning. When I got up, Tucker had taken it down. He said, 'We can't trash Fox on the site. I work there.'" … "He said it was a rule, and he wouldn't be able to change that rule. So I told him I quit," Kaus explained.

To recap: Kaus — whose other recent posts (which have not been taken down) see him ragging on Vox for not being sufficiently hippie and NBC for reporting on the Homeland Security funding dispute without mentioning that Democrats LOVE THE MEXICANS — dared criticize the number one source for Republican propaganda on the number 14 source (or thereabouts, we guess) source for Republican propaganda, and Tucker Carlson was not having it because (and he said this out loud, apparently) that’s his money train, baby.

Huh. It turns out that the Daily Caller has no integrity. Go on, pick your jaw up off the floor.

Carlson, for his part, took a break from beating up bathroom homos and yelling at Negroes to dodge, telling POLITICO (we are supposed to capitalize all of that, because they too are assholes), "Mickey is a great guy, and one of the few truly independent thinkers anywhere. I'm sorry to see him go."

But not sorry enough to let him do his job. Mickey Kaus did get in one cogent critique of conservative media:

"It's a larger problem on the right: Everybody is scared of Fox," he said. "Fox is their route to a high-profile public image and in some cases stardom. Just to be on a Fox show is a big deal. And I think that's a problem on the right, Fox's monopoly on star-making power."

Huh. So you mean to tell me that basically everyone in the right’s media is soulless and self-serving? Get out of here.