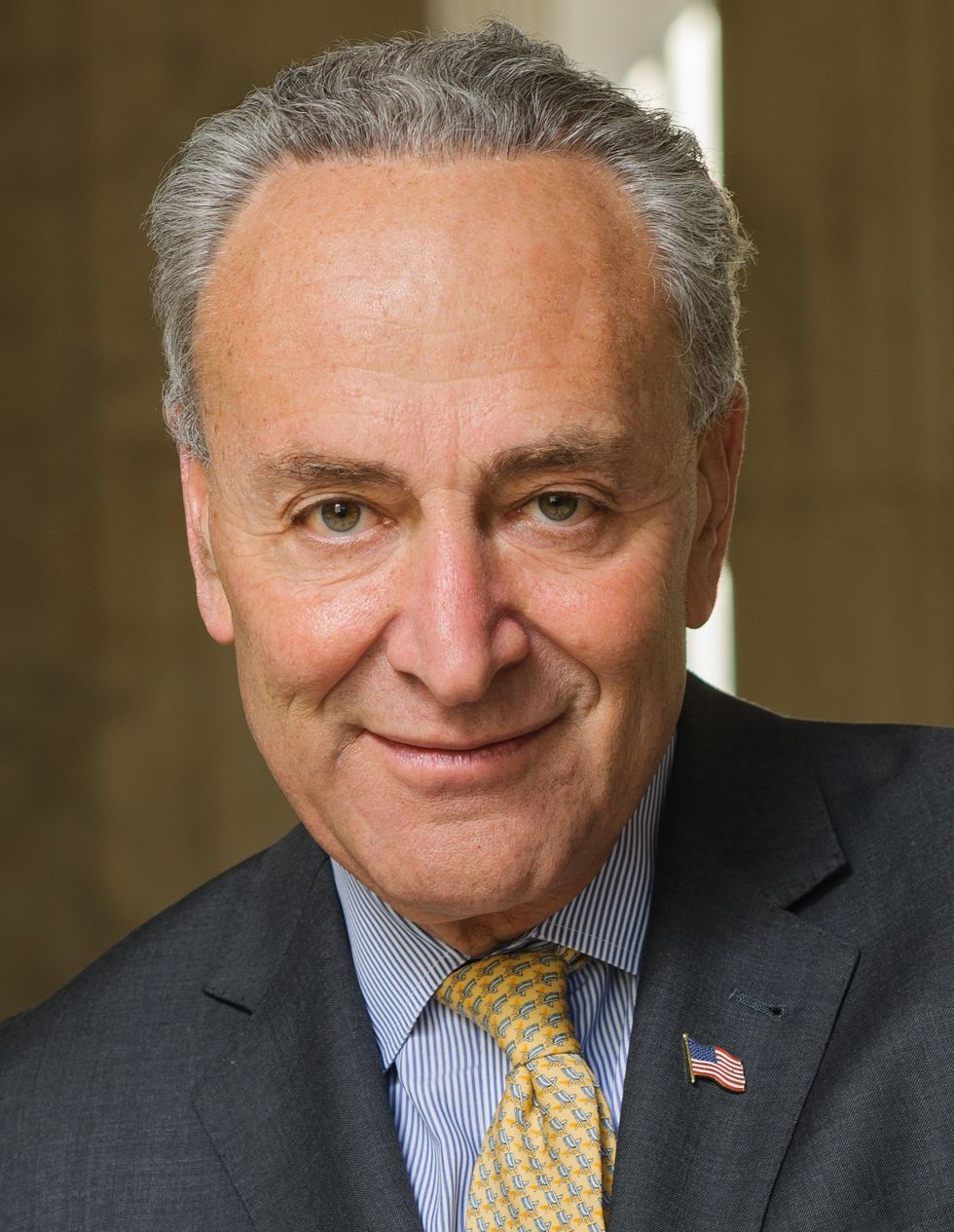 Move over, James O'Keefe! There's a new scammer in town and his game is forgery. We don't know his name yet (and maybe he's a she!), but some merry prankster has been shopping around a fake sexual harassment complaint against Senator Chuck Schumer (D-Come at the King, Best Not Miss). Axios reports that someone has been approaching DC news outlets with a 13-page PDF purporting to be an unfiled lawsuit from 2012 by a member of Schumer's staff.

The woman named in the document was a legislative staffer for Schumer from 2009 to 2012, and is now a career employee of the federal government.

The former staffer said she took the matter to Washington, D.C. police on Tuesday. She said the police told her they were unsure of their jurisdiction in the case. She said she now plans to go to Capitol Police.

She told me in a statement: "The claims in this document are completely false, my signature is forged, and even basic facts about me are wrong. I have contacted law enforcement to determine who is responsible. I parted with Senator Schumer's office on good terms and have nothing but the fondest memories of my time there."

You could smell the fuckery a mile off -- "One of many red flags: No lawyer for the staffer is named." But still Mike Cernovich (do click through for his Official Journalismist Photo!) and Chuck C. Johnson (same!) spent days promising they were going to TAKE DOWN A SENATOR.

But even a blind, demented, devil-possessed squirrel gets a nut sometimes, and somehow Mike Cernovich figured out that the document was a hoax. Want to watch a 23-minute video of that asshole congratulating himself for being a big boy journalist who only wears pull-ups at night now and doesn't tweet out unconfirmed slander?

Big story or Big hoax? Mike Cernovich takes you behind the scenes https://t.co/29x6nWXori

Hahahaha! Of course you don't want to watch this shite! We are so silly today. It's probably because we watched seven whole minutes of it ourselves and our brains turned into spaghetti.

Let's put on our lawyer hat and think of some possible crimes committed here:

And probably a bunch more. Like we said, we've got SpaghettiOs leaking out our ears now. Here's a link to the video Cernovich posted yesterday where he claimed to have the hoaxer's telephone number. Enjoy your talk with the Capitol Police, Mikey!

And here's Chuck Johnson, who is very sure that HE IS THE REAL VICTIM HERE.

We must have missed the part where he apologized to Schumer and Gillibrand for telling egregious lies about them. He probably sent a handwritten note expressing his deep regret for such a hurtful error. Or maybe the FBI will convey his remorse to the senators after they sit Johnson down for a chat.

In all seriousness, we are very glad that Schumer reported this to the police. James O'Keefe tried to trick a reporter into having sex on camera in 2010. This year he sent a fake sexual assault accuser in to try to discredit the real survivors uncovered by the Washington Post. If no one goes to jail for this shit, it will only get worse. As Schumer's spokesman Matt House told Media Matters,

We believe the individual responsible for forging the document should be prosecuted to the fullest extent of the law to prevent other malicious actors from doing the same.

That's right, Officer. LOCK HIM UP!!!