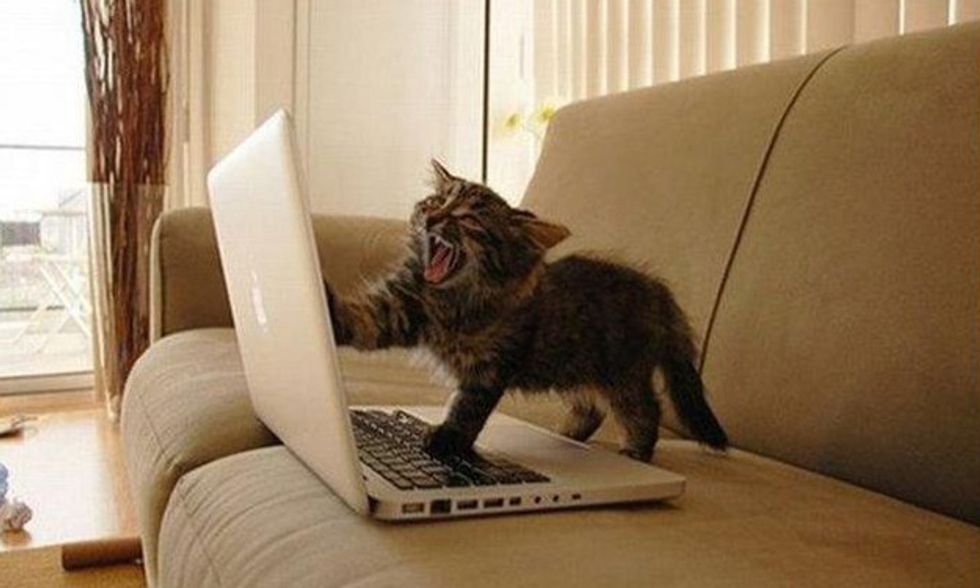 What we feel like when we click on a Huckabee story. We would have used a picture of a Syrian child, but Wonk readers already have compassion and Huckabee's heart is too hardened to care, so fuck it.

Here are some very recent headlines, about the horrible, heartbreaking refugee crisis enfolding in Syria:

Those are just a few, but you get the idea. And here is Mike Huckabee, the presidential candidate who thinks he knows Jesus better than anybody else, talking about the very same thing:

RAGE! at the evil stupid hayseed, everyone, RAGE! Seriously, there are no words beyond the fact that we are PRETTY FUCKING SURE Mike Huckabee is capable of reading the same goddamned news we read, and hey, he's a presidential candidate who has the time and money to go to Kentucky and flick his Hucka-tongue across Kim Davis's martyrdom G-spot, so if he's curious why people are fleeing and children are drowning and 3-year-olds' bodies are washing up dead on beaches in Turkey, he could fly his abomination of an ass to Syria to find out for his motherfucking self whether or not this is all a big ruse the Syrians are pulling so they can come to America and watch Spongebob fucking Squarepants.

I don't meant to be trite. I'm just saying: We don't know.

Then go find out, you putrid shitstain, and stop saying words in America until you have your answer.

But no, Huckabee has a better idea. He says why don't we just send them all to Saudi Arabia instead and use our "charitable organizations" to help build schools for them? In other words, he'd really like us to please keep the browns over in Brownistan, where he believes they belong, and we'll just write a check and hope it gets to the right place.

And that, Huckabee said, is what charity is all about: the freedom for white American Christians to feel like they're helping without ever having to meet or share the same breathing space with anyone some idiot on Fox News (MAYBE HUCKABEE!) says should make them shit their Depends in fear. And definitely not brown children from any of the castes American wingnuts view as "untouchable":

"This idea that we have an obligation to receive vast numbers of people ... we have a real obligation to make sure that we protect the sovereignty of the United States," said Huckabee. "That's not a lack of Christian charity. It's the essence of charity, to provide for needs, but not to put your own children at risk, if what you're importing could be people who have a nefarious purpose for wanting to be here."

Yep, those 3-year-olds with their "nefarious purposes." They WOULD take their naps today, if they didn't have to do ISIS to all the scared Republican Americans.

But wait, didn't Huckabee just vomit words recently about how All Lives Matter? Because, as he explained, he knows Martin Luther King, Jr. would be "appalled" by Black Lives Matter, due to how he is totally bros-before-hos with all the leaders of the Civil Rights movement, and therefore knows EXACTLY what King would think. And no, he's definitely not just trying to desperately co-opt King, a man whose assassination he'd probably have secretly cheered if he was a conservative Southern politician a generation or two older, how could you say such a thing? (You didn't, yr Wonkette just did.)

Do Syrian refugees not count as "All Lives" that "Matter"?

Maybe he was just saying that because in his mind, and in the minds of many people who like that slogan, "all" means "yeah, mostly white lives though." Or maybe, like a typical "pro-lifer," he'd care a lot more about the Syrian refugees if they were unborn fetuses, because Unborn Babby Lives Matter more than kids who had the audacity to be born brown, in Muslim countries.

So maybe that's what's on his mind. All together, class: Hey Mike Huckabee, why don't you take your "nefarious purposes" and your transmogrified definitions of "Christian charity" and use them to GO FUCK YOURSELF, for America, for Jesus, and for the sake of those poor Syrian people who really don't need your shit right now.