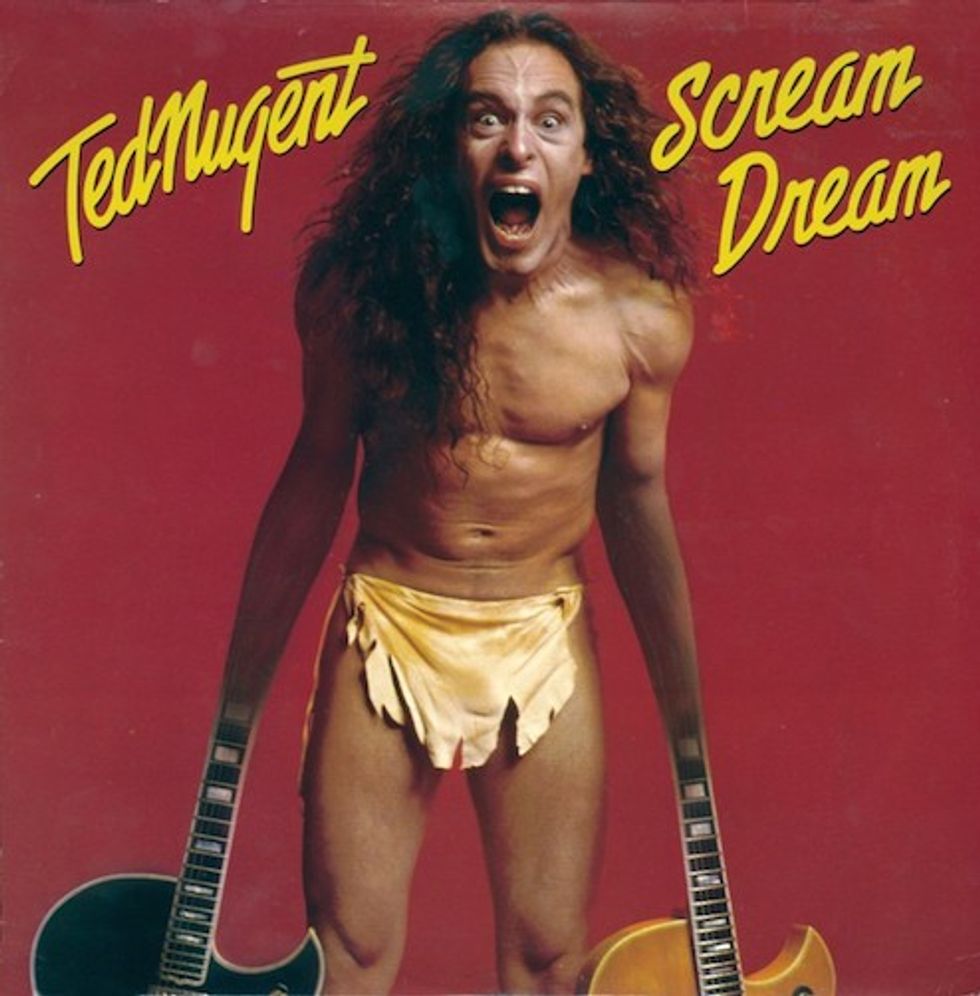 Mike Huckabee should probably stop talking now. After being universally mocked for writing in his new book that the Obamas belong in bad-parent prison for letting their daughters listen to Beyonce's whore music -- which is basically the same thing as buying them a stripper pole -- he was then universally mocked even more for that time he was getting his rock on to a song about sexing ladies, with his BFF Ted Nugent, "an outspoken rocker and a political commentator, but above all, he’s a patriot."

First of all, Ted changed the lyrics pretty dramatically when he sang it on the stage that time. And secondly, I wasn't sitting down with my teen-aged daughter, my daughter, who is, of course, an adult now and has her own children.

It has to do with the propriety of the context. Again, I'm not a prude. I'm aware that there are certain expressions that in certain contexts would not be considered inappropriate. Now frankly, I think some of the gyrations of a stripper pole, I'm not sure how wholesome that is at any time. And, you know, I'm sure I'll deserve some criticism I take for things I do and that's one of the reasons we have free speech in America.

Hmm, if only there were some way to see how dramatically Nugent changed the lyrics of "Cat Scratch Fever" so it is not about sexing ladies. Oh, hey, there is! Let's watch the video, shall we?

In case you're not in the mood for bleeding ears, here is a sampling of those "changed lyrics":

Well, the first time that I got it I was just ten years old

I got it from some kitty next door

Well, I make the pussy purr with the stroke of my hand

They know they gettin' it from me

They know I'm doin' it for free

Except that Huckabee seems to understand maybe "I make the pussy purr" is some sort of metaphor that does not actual refer to felines because of how he defends himself by saying it's not like he actually exposed his teen-age daughter to this music, unlike the soul-corrupting Obamas, so again, it's totally different. But then, if these "changed" lyrics are so harmless, why would it not be OK for his daughter to listen to them in the first place? Hmmm.

Like Huckabee says, good thing we have free speech in America (for now, until Obama destroys that too), so Huckabee has a constitutional right to say any ol' dumb thing he wants, even if it is a total lie.