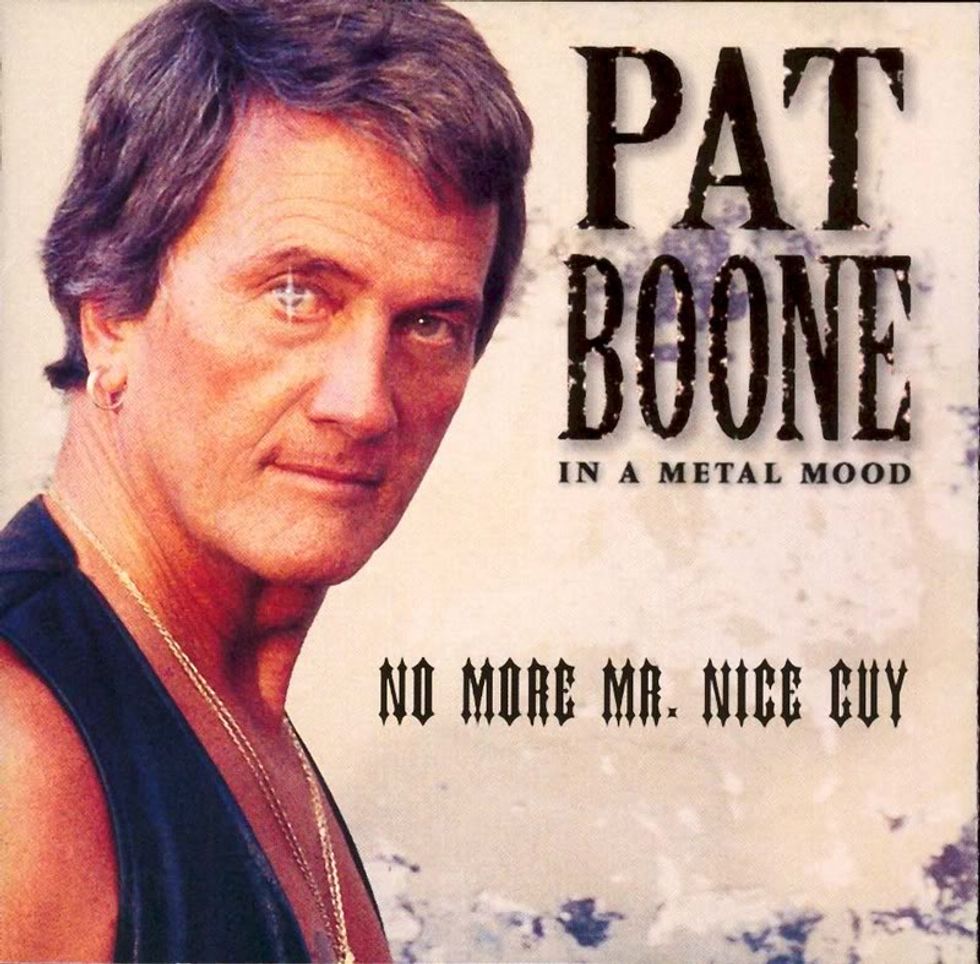 Pat Boone -- once a popular entertainer who appropriated black music and sanitized it for white consumption, now a WorldNetDaily columnist, and there’s a career arc -- posted some thoughts over at Joseph Farah’s Internet Home for Mustachioed Paranoids earlier this week, and boy howdy, are they sublime. The tl;dr is that Obama’s gonna let all the prisoners out of the jails for socialism or something, but we’ll let ol’ Pat speak for himself:

This is the 50th anniversary of the film “Doctor Strangelove.” Ironic, if not prescient. […] There’s a different scenario unfolding in this country we love, right before our eyes, and we’re reading about it in the daily papers and seeing it on the nightly news broadcasts. What if our elected leadership had decided America no longer deserved to be leader of the free world, should have its military and its programs reduced to ineffectual status, our vibrant economy bankrupted, and that our republic should be “fundamentally transformed” into a virtual socialist, if not outright communist, society?

We missed the thing where Obama bankrupted the economy and shut down the Pentagon and turned us into a Soviet utopia, musta been drunk that day, huh. But Pat Boone sees it in his daily newspapers, so surely this conspiracy is real. Continue edumacating us, Pat Boone:

What if the elected president and his attorney general, both sworn to defend the Constitution and the security of the United States, decided – even made public statements – that they would not defend the laws concerning our borders and a mass invasion by illegal aliens, including near certain terrorists with plans for future 9/11 style attacks in our own cities? Even crazier than “Doctor Strangelove,” right? Couldn’t happen? But wait. Are you old enough to remember the name Willie Horton?

Yes, we are! Willie Horton was the (cough Scary Negro cough) man who was furloughed from prison and raped a lady, and George H.W. Bush made a TV ad about how Michael Dukakis wanted to let all the (cough Scary Negroes cough) rapists and murderers out of prison to rape and murder the Nice White Ladies, because he was Soft on Crime, and Michael Dukakis lost the presidential election. Thank you for the history lesson, Pat Boone. But how is that just like Obama?

So, in the president’s view, keeping known terrorists behind bars is more dangerous to us than letting them go and return to their terrorism! And, “it’s expensive.”

Will this develop into his larger plan for criminal justice and American security?

Will he just sovereignly declare, like a 21st century “Doctor Strangelove,” that while he raises our national debt to over $18 trillion, we can “save money” by emptying and shutting down all our prisons and just let all the offenders be released back into society?

Um. No, Pat. No he won’t. And you should really focus on taking your meds every morning. They’ll help.