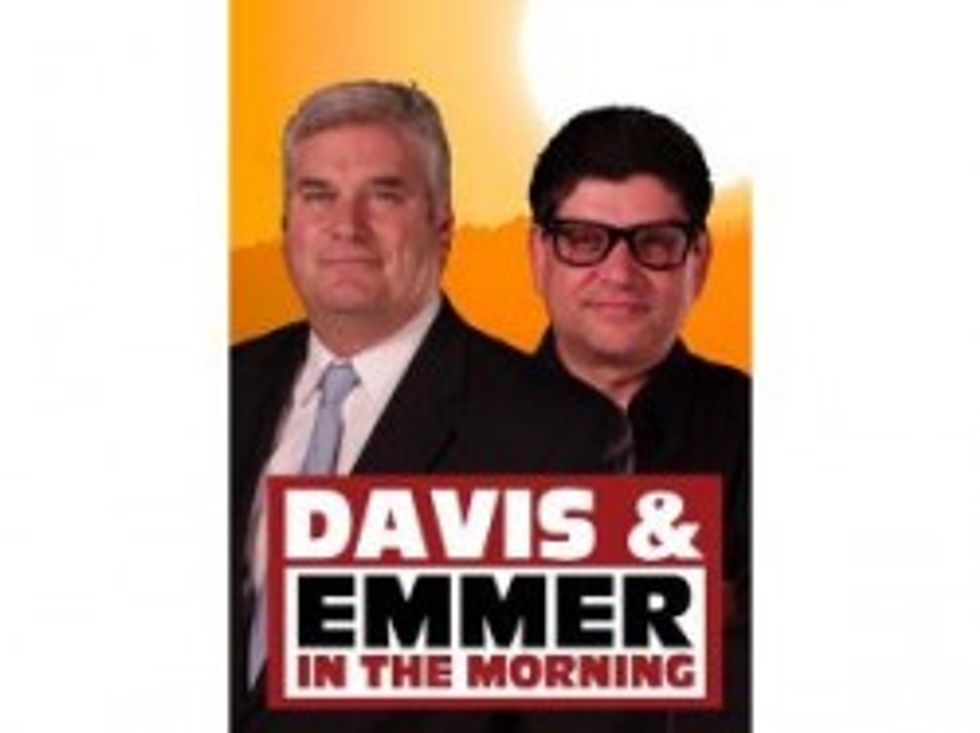 This week, Minnesota radio host Bob Davis, of Davis & Emmer, delivered amaster class in victimology: the parents whose children were murdered in Newtown were victimizing Bob Davis by ... well, we are not sure. Asking for universal background checks maybe, which of course used to be the sensible position shared by the NRA itself, and is still shared by almost 90 percent of its members. But he went on quite a tear, did young Bob. Like this!

[DAVIS] And here's the other thing that drives me crazy. They trot out the victims. And I have something I want to say to the victims of Newtown, or any other shooting. I don't care if it's here in Minneapolis or anyplace else. Just because a bad thing happened to you doesn't mean that you get to put a king in charge of my life. I'm sorry that you suffered a tragedy, but you know what? Deal with it, and don't force me to lose my liberty, which is a greater tragedy than your loss. I'm sick and tired of seeing these victims trotted out, given rides on Air Force One, hauled into the Senate well, and everyone is just afraid -- they're terrified of these victims.

Then he told them to go to hell -- which of course is hilarious, because they are already there. After the jump, let us hear his exquisite nonpology!

First let's read along as his cohost, a former Minnesota Republican gubernatorial nominee, tries desperately to stop this runaway train.

[DAVIS] I would stand in front of them and tell them, 'go to hell.'

[EMMER] It's probably one of the worst, ah, political stunts you could do is to use the victims of the tragedy.

[DAVIS] And they fall for it every time!

[EMMER] Well, you know what, they're in a bad place, Bob.

[EMMER] I understand, but you have to understand that these people might not realize until years later that they've actually been pawns of these political charades when it comes to issues like this.

[DAVIS] But someone has to tell them: Listen, I realize you have a problem. I realize you're a victim. But that doesn't entitle you to take my liberty. Why can't we just say this?

Why can't we just say this? Why? WHYYYYYYY?????? Well, it did not do Ann Coulter any favors when she went after the 9/11 widows. Why does a decent society victimize Ann Coulter by disagreeing with her? And why can't Bob Davis dribble shit from his mouth, without having to give a fake "apology"?

Now let us read his apology:

I do not hide behind flowery language I do not pull my punches ah, when I'm passionate about something it comes out on the air, it's real and it will always be that way. Ah, you may not agree with what it is, but you know what I say to you is what I'm thinking, and I'm telling you that's how it is. It might provoke some thought for you, ah, it might not, but ah, I'm gonna say what I think and I'm going to say what I feel.

What I said Friday was an emotional predecessor to a thought which can and will find a more refined expression by me and others in the future, I guarantee you.

Then he said a bunch more words about how the parents of Newtown should shut the fuck up, the end.