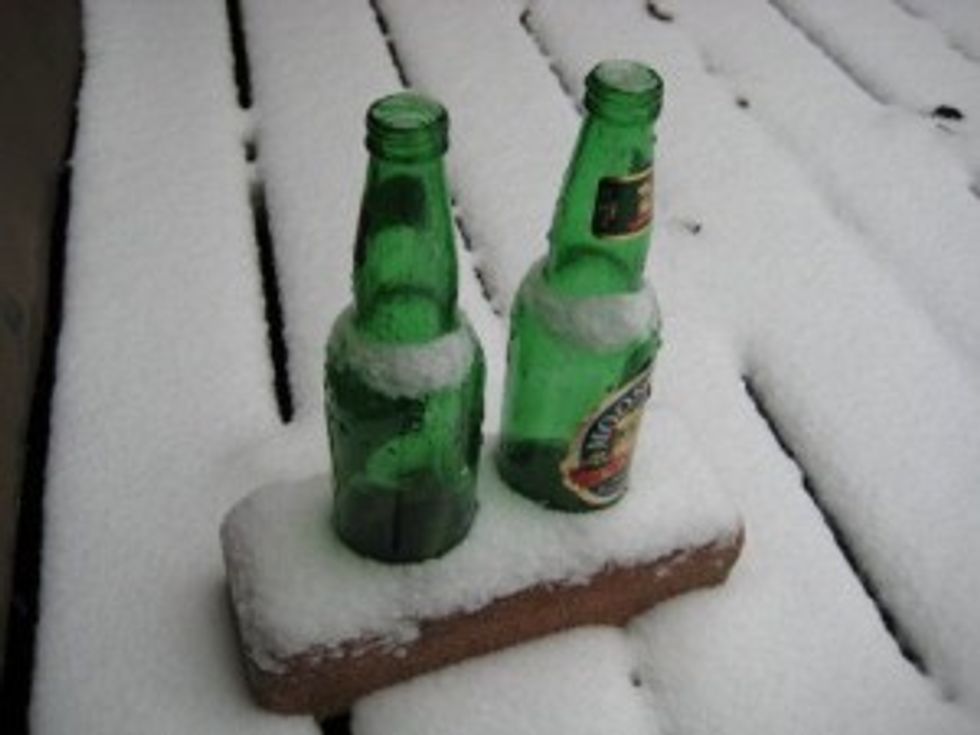 NOW IT IS SERIOUS. As "the eternal winter of war" continues to defecate all over the once-pristine state of Minnesota, we are hearing terrifyingnews reports that Minnesota's liquor is running out. Nobody is able get their state-issued liquor purchasing cards renewed, so we suggest that anyone still alive at this hour over there should probably leave work right now to get to the bars, as this whole situation is about to get a lot worse, possibly even like "Utah worse." Professional sports, meaningless office jobs, summer school, pub trivia and sex are all canceled as a result.

The Star Tribunereports from the front:

In the days leading up to the shutdown, thousands of outlets scrambled to renew their state-issued liquor purchasing cards. Many of them did not make it.

Now, with no end in sight to the shutdown, they face a summer of fast-dwindling alcohol supplies and a bottom line that looks increasingly bleak.

"It's going to cripple our industry," said Frank Ball, executive director of the Minnesota Licensed Beverage Association, which represents thousands of liquor retailers in the state.

The Ugly Mug, a popular bar near Target Field, doesn't have enough beer to get through the baseball season.

"Our inventories are diminishing rapidly over the next month," owner Erik Forsberg said. He was among a cluster of bar and restaurant owners who appealed Tuesday to a court-appointed special master to be allowed to continue buying alcohol during the shutdown. "When [the Twins are] back on Thursday and people can't get Budweiser and they can't get whatever, they're just going to go somewhere else."

Like even Brett Favre can save Minnesota now... just ask Wisconsin how that went. Everyone drink a beer for Minnesota tonight. [Star Tribune]