Miscarrying Lady Almost Dies At Catholic Hospital, But At Least She Didn't Get An Abortion 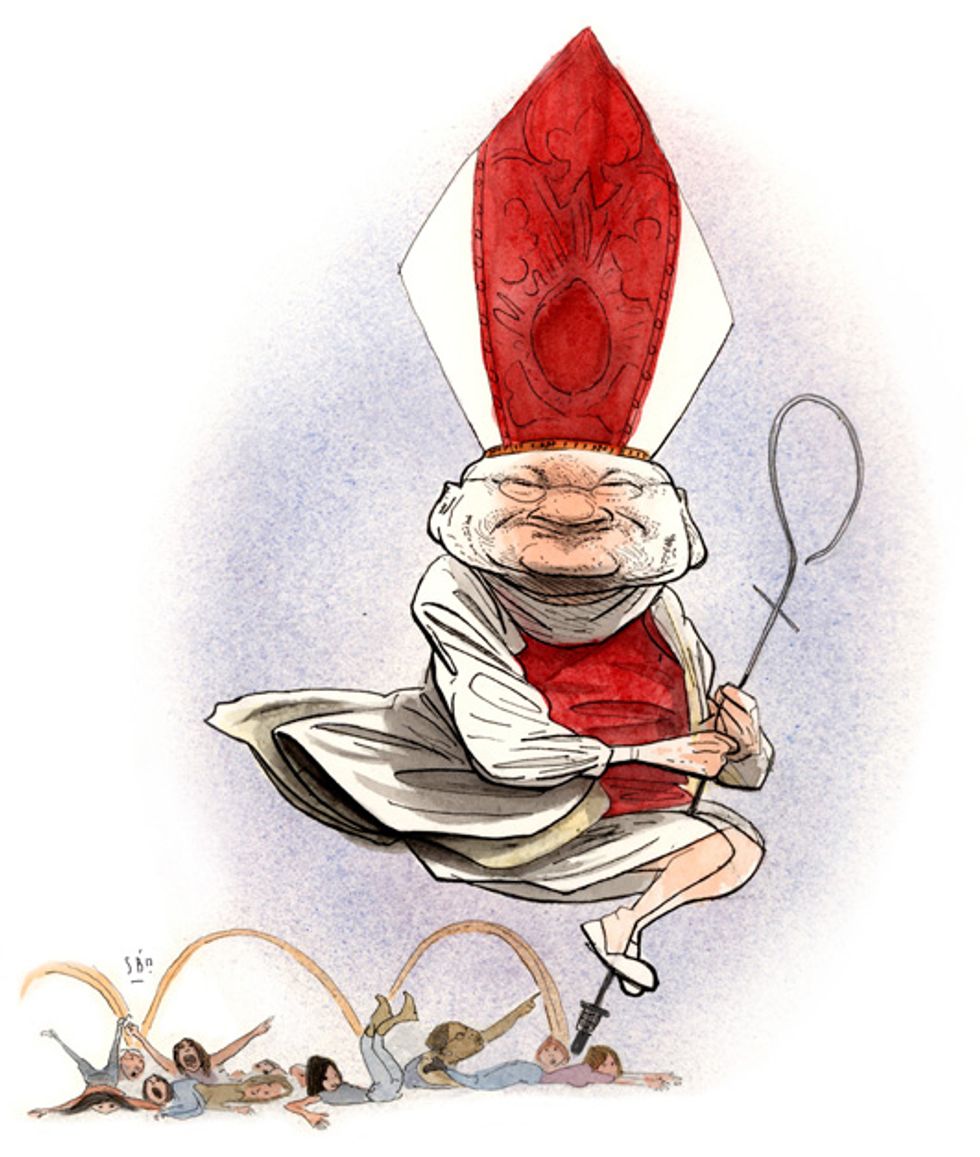 Oh, Wonketteers, you're going to want to remove any heavy objects from the vicinity of your computer before you read this one, lest you hurl anything through your monitor (mobile users are advised to tie down their throwing arms). Tuesday, a federal district judge in Michigan dismissed a woman's lawsuit against the U.S. Conference of Catholic Bishops and three chairs or former chairs of the Catholic hospital chain that owns Mercy Health Partners' hospital in Muskegon, Michigan. In 2010, Tamesha Means was only 18 weeks pregnant when her water broke and she went to Mercy -- one of only two hospitals in Muskegon County, which are both owned by the same Catholic company, Trinity Health. We'll let the ACLU tell you how that went:

Based on the bishops' religious directives, the hospital sent her home twice even though Tamesha was in excruciating pain; there was virtually no chance that her pregnancy could survive, and continuing the pregnancy posed significant risks to her health.

Because of its Catholic affiliation and binding directives, the hospital told Tamesha that there was nothing it could do and did not tell Tamesha that terminating her pregnancy was an option and the safest course for her condition. When Tamesha returned to the hospital a third time in extreme distress and with an infection, the hospital once again prepared to send her home. While staff prepared her discharge paperwork, she began to deliver. Only then did the hospital begin tending to Tamesha's miscarriage.

The severely premature baby she delivered died after a few hours. With the help of the ACLU, Means sued, seeking damages and a ruling that the Bishops' directives -- the "Ethical and Religious Directives for Catholic Health Care Services" -- were negligent, since they precluded her from receiving potentially life-saving care, including an abortion. Even though, one more time, she was miscarrying and there was virtually no chance the fetus could be saved. The ACLU sought not only compensation for Means, "but also to prevent other women in her situation from suffering similar harm in the future," as the legal complaint put it.

Ah, but no, you can't sue bishops for setting up hospital rules that might injure or kill women, because Religious Freedom. Judge Robert Holmes Bell dismissed the suit without a hearing on the evidence, as explained by the Muskegon Chronicle:

Bell noted that Means still had recourse in the courts to sue doctors or hospitals for medical malpractice if she received inadequate medical care – but not, the judge concluded, to sue a religious organization or officials for their religious doctrine.

"It is not up to the Court to mandate the larger structural and policy reform to Catholic hospitals that Plaintiff seeks; that issue is left to the Church and its tribunals," Bell wrote.

That's one hell of a catch. It might be the best there is.

The ACLU is appealing Bell's decision to the U.S. Sixth Circuit Court of Appeals.

Now, since Bell refused to even hear the evidence, there's no telling whether the bishops or the attorneys for the hospital company might have attempted the genuinely weird legal strategy that another Catholic hospital tried a couple years ago. In that malpractice and wrongful death case, a Catholic hospital in Colorado successfully argued that while Jeremy Stodghill had standing to sue for the wrongful death of his wife at the hospital, he couldn't sue over the loss of the couple's unborn twins, since Colorado's Wrongful Death act only applied to "persons" who had actually been born -- a direct contradiction of Catholic "pro-life" doctrine. In Means's case, the question didn't come up, since apparently a woman who faced pain and possible injury or death isn't entitled to question the religiously based rules that endangered her.

Archbishop Joseph E. Kurtz, the president of the Conference of Bishops insisted that the ACLU suit was "baseless," since the rules do allow medications, treatments, and surgical procedures for pregnant women to treat a "proportionately serious pathological condition,” even if the fetus won't survive; apparently, in the excellent judgment of the Catholic hospital staff, Means's intense pain and distress wasn't quite pathological enough to warrant a procedure to terminate the pregnancy, just like the Irish woman who died in 2012 because doctors decided her life wasn't quite "endangered" enough to merit an abortion.

And hey, Tamesha Means lived, didn't she? What's she even complaining about? Talk about ungrateful.