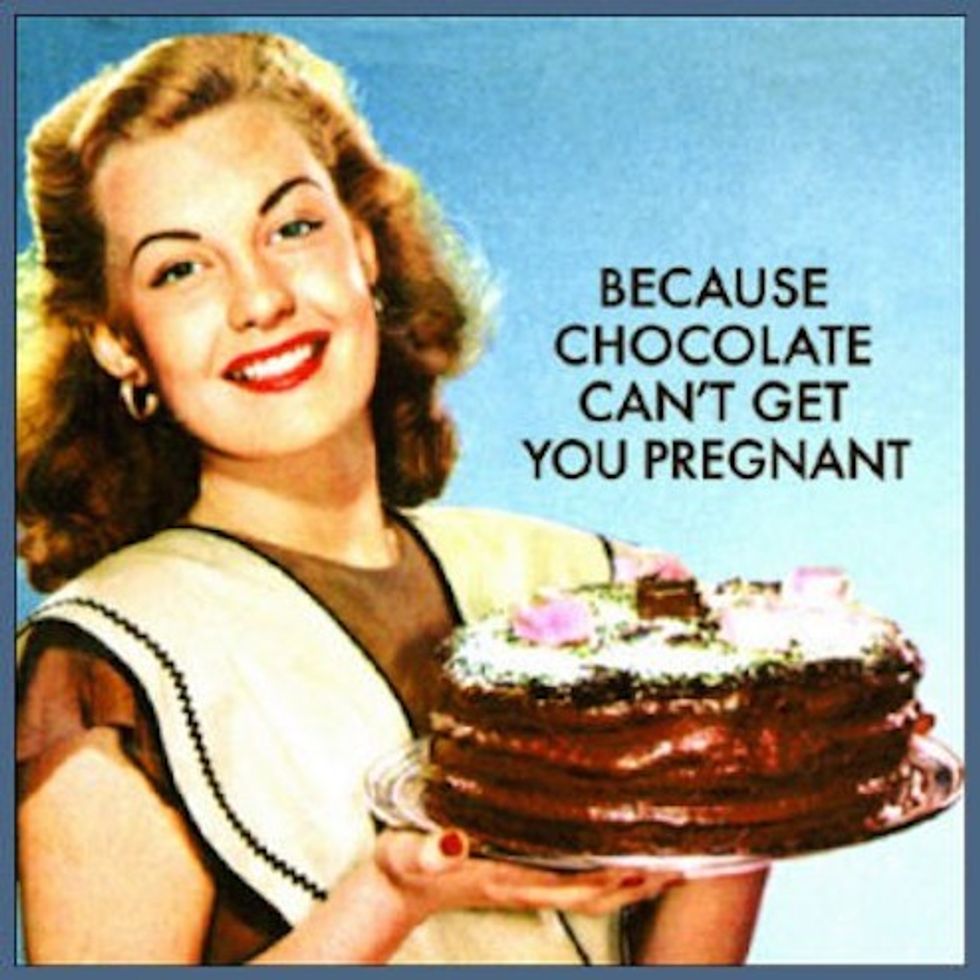 We do not need to tell you that abstinence-based sex education -- or no sex education at all -- does not work, mostly because you are all people that (1) are not teenagers and (2) can't keep it in your pants anyway. In past years, the great state of Mississippi taught next to nothing about sexytime, which has led to absurdly high rates of teen pregnancy.

Mississippi has one of the highest teen pregnancy rates in the country, with 50 births per 1,000 females aged 15 to 19 in 2011 — compared with 31 per 1,000 nationally. A third of all babies born in Mississippi are to teenage mothers.

That is depressing! The business community thought so too, so got the Mississippi legislature to pass a law requiring some -- ANY -- kind of sex ed in school. Of course, with that much latitude, everything went awry and teens found themselves sitting in class passing chocolate candy around so they could see how dirty the candy got, just like a lady gets filthy when she is passed around by the menz.

Marie Barnard was delighted when, after decades of silence on the topic, Mississippi passed a law requiring school districts to teach sex education. But the lesson involving the Peppermint Pattie wasn't what she had in mind for her sons.

The curricula adopted by the school district in Oxford called on students to unwrap a piece of chocolate, pass it around class and observe how dirty it became.

"They're using the Peppermint Pattie to show that a girl is no longer clean or valuable after she's had sex -- that she's been used," said Barnard, who works in public health. "That shouldn't be the lesson we send kids about sex."

No, it really should not! Except insofar as it shows that sex can be messy and sticky and probably shouldn't involve food on your partner, even though that always seems like a really cool idea when they do it in the movies. Have you ever tried to wash chocolate off your naughty bits? Jesus, people.

It sounds like this little chocolate-handling experiment isn't even the worst of what is going on down yonder Mississippi way, sex education wise, as some districts just stone cold won't teach it even if the law says they have to and also too your parents have to say you can hear about the sexing and also also too no gay stuff.

To participate in sex education classes, students must get a signed permission slip from their parents, which some districts that don't support the law have made especially challenging. In some classes, the only discussion about condoms focuses on their failure rates. And the law requires that students be taught that homosexual activity is technically illegal in Mississippi. [...]

The law expires in 2016, and sex education advocates hope they'll be able to prove by then that sex ed helps prevent teen pregnancy so they can renew or expand the law. But they have another challenge first: making sure that schools follow the law, which has no enforcement mechanism. According to a study published by the Center for Mississippi Health Policy in February, 12% of districts still aren't teaching any sex ed.

We're not sure if no sex ed or dirty chocolate sex ed is worse in terms of teaching children about the birds and the bees, but either way, with great plans like this, we don't see Mississippi's teen birth rate going down any time soon. Peppermint Pattie sales might go up, though. Silver [foil] lining!