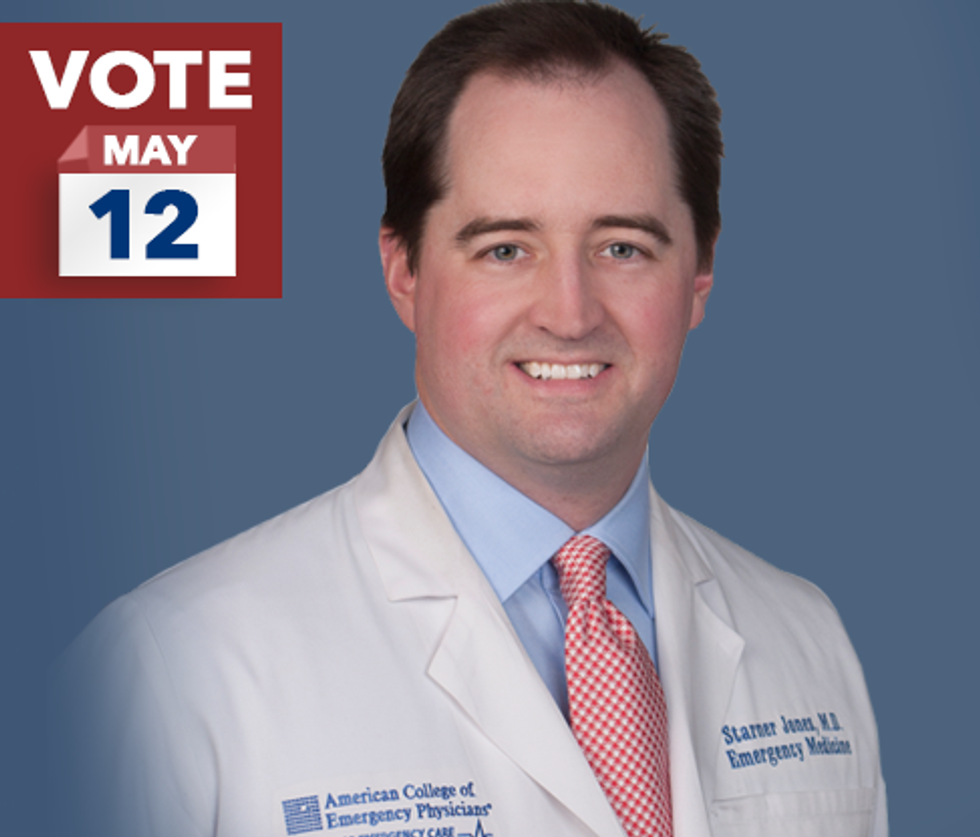 Introduce yourself to Dr. Starner Jones, who would like to be the congressman from Mississippi's 1st District, which covers a wide swath of the northern section of Mississippi, from the Memphis suburbs all the way east to Elvis Presley's birthplace in Tupelo, which is also the home of the American Family Association. Dr. Jones, who has been endorsed by failed pizza teabagger Herman Cain, is one of them "common sense" teabagger conservative types who just wants a fair tax and hates the Mexicanos, stuff like that. And of course, he wants to repeal Obamacare because, as a medical doctor, according to a letter he wrote to Jackson's Clarion-Ledger newspaper in 2009, he really doesn't like the idea of healthcare for patients with "a shiny new gold tooth, multiple elaborate tattoos, a very expensive brand of tennis shoes and a new cellular telephone equipped with her favorite tune for a ring tone." But that stuff's boring, yo, let's get to the SEXXX.

Dr. Jones wrote himself a gross rapey sex book in 2012 called Purple Church, and former Mississippi Gov. Haley Barbour says that Jones is "one of the freshest voices I have read in years." Republican Sen. Roger Wicker endorsed it on the back cover. Well, if those dudes like it, this shit's gonna be GREAT, right?

The lovely bloggy writer over at Dark Horse Mississippi decided to read the whole book, because we don't know, masochism, or a burning desire to INFORM THE PUBLIC, and found all kinds of rapey goodness. First, to get acquainted with our plot and characters, let's read the Amazon description:

Oh good. Baptist minister is lonely because wife died, so he finds sex abuse victim and known hottie Ashley White at a Memphis strip club, and they are both redeemed, but not before some good old Memphis FUCKIN'. Do they get redeemed, though, for reals? Dark Horse Mississippi says no:

[I]n Purple Church, no one seems to be redeemed at the end. We don't even see any characters writhing in pain in hell like a Southern Baptist Judgment House play.

And that's not the worst part for Jones. The worst part isn't even that the entire book is profoundly immature in its prose and emotionally impotent in its characters. The worst part is that the book seems to be the sex-obsessed screed of a sociopathic man with some real issues in relating to women.

A teabagger who seems sociopathic and has issues relating to women? YOU DON'T SAY. So, for funsies, our new favorite Mississippi blogger decided to take some of the best quotes from the book and make them into memes, illustrated by pictures of Dr. Starner Jones at a town hall meeting in Pontotoc, Mississippi. Forthwith, our favorites, and if you want to read them all, then click over to that blog!

Let's just start with part of a rape scene Dr. Starner (as he calls himself) wrote, just to get that out of the way:

Ahem, okay, that was gross, but maybe necessary for plot development, even though UGH?

Let's see what Dr. Starner can teach us about whores and what happens to their panties:

Okay! Now put the words "his coed granddaughter" in the same paragraph with "the smooth, curvy slit was ripe," Dr. Starner!

Can you read that one? Because it says "his coed granddaughter waved from a distance," and just a couple lines later it says, "[s]he was wet with desire. The smooth, curvy slit was ripe." Just making sure you got that!

But it's not just curvy slits; Dr. Starner knows all about boners too:

One more time, in case you can't read, because we really want to type that "his erection was the ferris wheel for her to play on, and he would pay her cash to ride." We don't know if this guy's gonna get elected, but if he is, please put him on the House Metaphors Committee ASAP!

So, know that thing when you are pretending to sex a lady, but then you realize you are in love with a whore and you killed your child, also, too? That happened in the book that Dr. Congressman Ferris Wheel Dick wrote:

This seems like a really nice book. We can surely see why Gov. Barbour and Sen. Wicker loved it so. Now granted, maybe Dr. Starner just had to write these things because the characters DEMANDED it, but we're going to guess, based on everything else, that he's just gross and also a shitty writer. Because really? His dick was a FERRIS WHEEL?! Hope Ashley the stripper from Memphis didn't get stuck on top of it, because that would really slow the plot down.

Anyway, Dr. Starner Jones will fit right in with the current Republican caucus members, and Wonkette sure would enjoy having him to kick around so ... Starner for Congress, we guess?