Missouri Democrat Wants To Treat Gun Sales Like Abortions. Where Does The Wand Go? 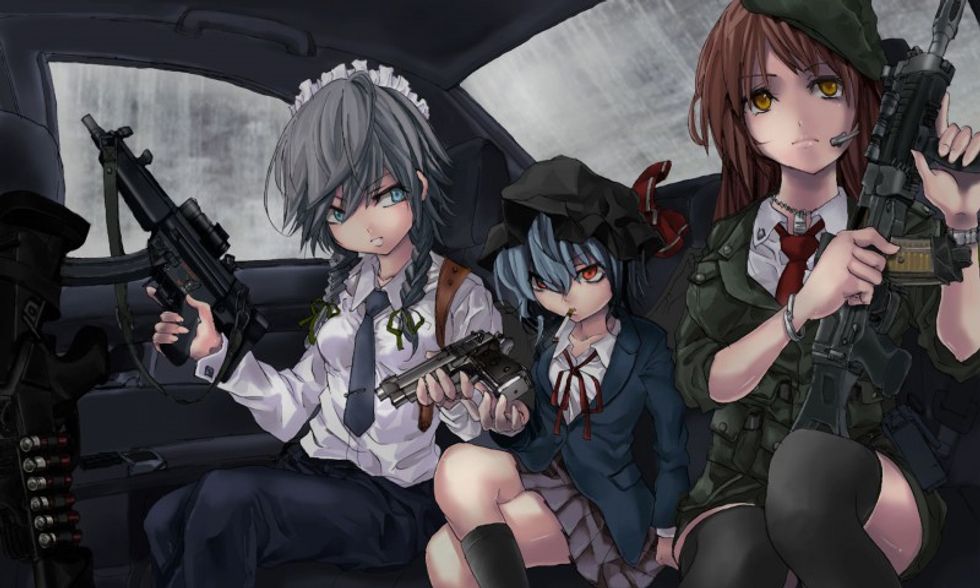 In what has to be the best adaptation of an internet meme into proposed legislation, Missouri state Rep. Stacey Newman has pre-filed a bill for the 2016 legislative session that would subject gun purchases to restrictions analogous to those currently placed on seeking abortion. Newman knows it doesn't have even a ghost of a chance at passing in Missouri's Republican-dominated legislature, but she's certainly enjoying making the point.

“Since Missouri holds the rank as one of the strictest abortion regulation states in the country, it is logical we borrow similar restrictions to lower our horrific gun violence rates,” Newman said in a statement.

Missouri has some of the toughest regulations on abortion anywhere. House Bill 1397 offers several provisions aimed at making gun purchases roughly equivalent to getting an abortion. For the would-be gun owner's own health, don't you know.

[Before] Missourians could buy a gun, they’d have to:

Newman is fond of this sort of thing; last year, she introduced a bill to ban vasectomies except in cases where a man's life or health was in danger. We like this Rep. Stacey Newman one heck of a lot, is what we think, and she is hereby nominated for Wonkette Legislative Badass of The Year (state division). Of course, there are still some improvements we could suggest for her bill:

While we're at it, how about a faked video and some congressional investigations to see whether the NRA is trafficking in body parts? We're only asking. Lord knows know they're responsible for plenty of postmortem tissue samples out there.

Newman pointed out the proposed law should be welcomed by the "pro-life" community:

If we truly insist that Missouri cares about "all life," then we must take immediate steps to address our major cities' rising rates of gun violence ... Popular proposals among voters, including universal background checks and restricting weapons from abuser and convicted felons, are consistently ignored each session. Since restrictive policies regarding a constitutionally protected medical procedure are the GOP’s legislative priority each year, it makes sense that their same restrictions apply to those who may commit gun violence.

[contextly_sidebar id="hdBN5W05WOQma7KjCyd4R9qnihATHlGw"]She's got a pretty good point there. Why should one constitutionally protected right be sacrosanct while another is made so burdensome that many women must wait a burdensome amount of time to access it?

If we know how these things go, Republicans will probably counter with some lame alternative, like not allowing anyone on the No Fly List to have an abortion.