Mitch McConnell Has New Enemy No. One: Smokey The Bear 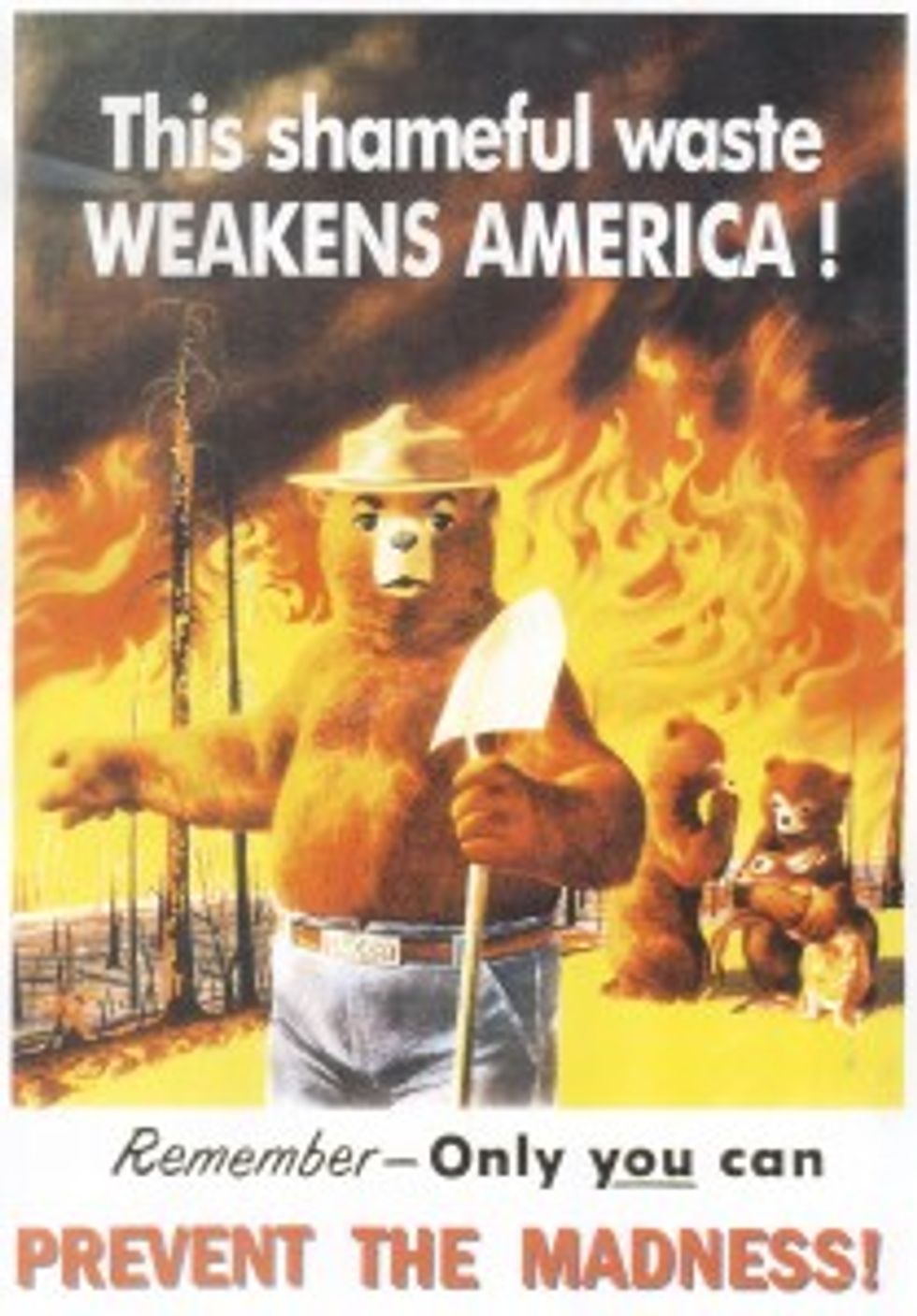 Meet this Smokey the Bear hot air balloon that flies around New Mexico reminding people not to burn down the whole goddamn country, because wildfires are bad for children and other living things, or are wildly costly or something.

Since 2005, the National Forest Service has chipped in nearly $240,000 to help pay for balloon costs and appearances. Chapel says that's a small part of the Friends of the Smokey Bear Balloon's approximately $200,000 a year budget.

But not small enough for Senate Minority Leader Mitch McConnell (R - KY). Today at the opening day of a new Senate, he called out the Smokey Bear Balloon as a waste of taxpayer dollars.

"If we can't stop spending taxpayer dollars on robo-squirrels, and dancing robot DJ's or hot air balloon rides for Smokey the Bear, then there's no hope at all," McConnell said. "If we can't fix the easy stuff... how are we ever going to get at the hard stuff?"

In seven years they spent $240,000 on a BALLOON? That is over $30,000 a year! Why, if you just combine that with defunding Planned Parenthood, the EPA, the NEA, the Department of Education, and the entire government, you have eliminated our deficit AND our debt, so suck it libtards, it is called "math" and you should try it.